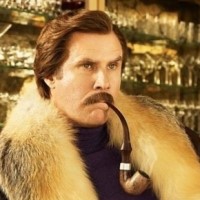 Mid 2018 the engine became very hard to start. Once started it was fine. It sometimes even kicked back after the keyswitch was released from the start position.

We ended up swapping the LEFT and RIGHT wires on the back of our ACS keyswitch. LEFT to terminal 1 with the jumper removed, RIGHT to terminal 2. Bingo, she now starts. So we were effectively now starting on both mags.

Flew many hours and all ok.

Magneto came off for 500hr inspection - impulse coupling wasn't engaging, various new parts and now she starts even better. I think, "great maybe that will have fixed the old starting probl6. em!".

We always suspected the key switch could have developed a fault as well. When moving the key from RIGHT to LEFT on a mag check, the engine would stop firing for a fraction of a second. It does this regardless of how the switch is wired. See this video here. Turn the sound up loud to hear it best.

I fitted a new key switch and wired to the original terminals; RIGHT mag to terminal 1, LEFT mag to terminal 2 as per this diagram. I took the aircraft outside and guess what, absolutely no signs of her starting. I then swap the wires back to how we did it in step 3 - she starts perfectly.

So the Slick mag is now healthier. The key switch must be ok (it can't be two units with the same problem built 20 years apart).

My electrical knowledge is minimal.

What else between the key switch and the mags could be causing the problem?
Last edited by JonnyS on Thu May 02, 2019 2:41 pm, edited 1 time in total.
LAPL, Tailwheel, Aeros, RV-6
Work @ World's Biggest Military Airshow

By riverrock -  Thu May 02, 2019 2:37 pm
Like
Thu May 02, 2019 2:37 pm #1691251
You have an impulse mag and a EI system that auto-retards the spark, assuming its the box I think it is (manual: https://www.lightspeed-aero.com/Manuals ... lasmaI.pdf ) so you should have the keyswitch set to always start on both "mags" (jumper removed).
With jumper in, it will start on left mag only.
I'm not 100% sure from your description whether you are saying which are left and right - slick or the plasma.
So your description seems to be that when you set the jumper to start on left mag only, and connect left mag (is that the slick or the plasma) to "terminal 2" (so left position) it doesn't start. That suggests that the thing you are connecting isn't properly working during start?

So yes when the left Slick mag is connected with the jumper in place, which is how it was for many months and worked perfectly - it doesn't start. But now with a healthy mag it still isn't starting. I'm just wondering if there might be something else between the key and the mag that might be causing the problem.
LAPL, Tailwheel, Aeros, RV-6
Work @ World's Biggest Military Airshow