An unsettled, windy weekend although a few weather windows here and there.

If you have not been to Weather School yet you’ll have to book your place very soon. I have just announced a new Aviation Weather (Part 1) course date of Saturday 18th May 2019 . So if you’d like to build your confidence in your weather skills and make better forecasts yourself, or have more trust in official forecasts, go to http://www.WeatherSchool.co.uk to book your place and to find out more information.

Remember too that Weatherweb Premium also has lots of weather wisdom and is continuing to grow with more pilots joining every week. There's stack of weather information, forecasts and learning to be found on the website and you can try Weatherweb Premium completely free at http://premium.weatherweb.net/become-a-member/

SATURDAY
----------------
Low pressure crosses over Ireland and the UK on Saturday, dragging fronts with it and bringing windy conditions.
Eastern areas of England and perhaps the Midlands are likely to be starting the morning dry, although with increasing cloud and wind. Heavy rain crosses Ireland in the morning with rain affecting northern Scotland too.
The afternoon sees the heavier band of rain passing east through England and Wales as well as Scotland. Windy with gusts to gale force inland, and winds in excess of gale force around southern and western coasts. Some brighter skies arriving in west Wales, southwest England and eastern Ireland later.
Winds becoming SW 25-30kt (F6-F7) in England and Wales, gusting 45kt (F8-F9) on western and southern coasts, although note lighter winds in the east early in the morning. Easing in Northern Ireland and Scotland to become variable 15kt (F4) Northern Ireland and much of Scotland after a breezy start. 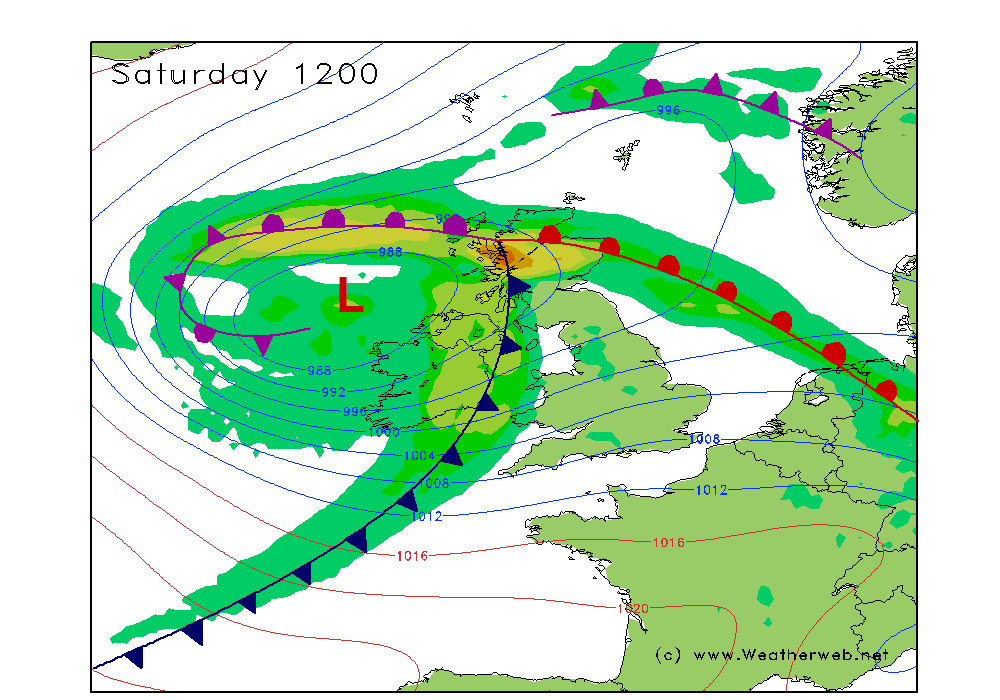 SUNDAY
------------
Low pressure is to the east on Sunday with a northerly flow affecting the country.
There will be frequent bands of showers pushing south through England and Wales, these becoming increasingly wintry over the hills of Wales and in northern England. Best of the brightness of southern coasts of England.
Brighter for Scotland and Ireland with sunny spells, although wintry showers will affect northern and western Scotland as well as western and northern coasts or Ireland. Further wintry showers over the northeast of Scotland.
Windy and increasingly cold for all. Winds N 20-30kt (F6-F7) but 35kt (F8) on eastern coasts and the coasts of north Wales and northern Cornwall and Devon. N 20-25kt (F5-F6) in western Scotland and Ireland. 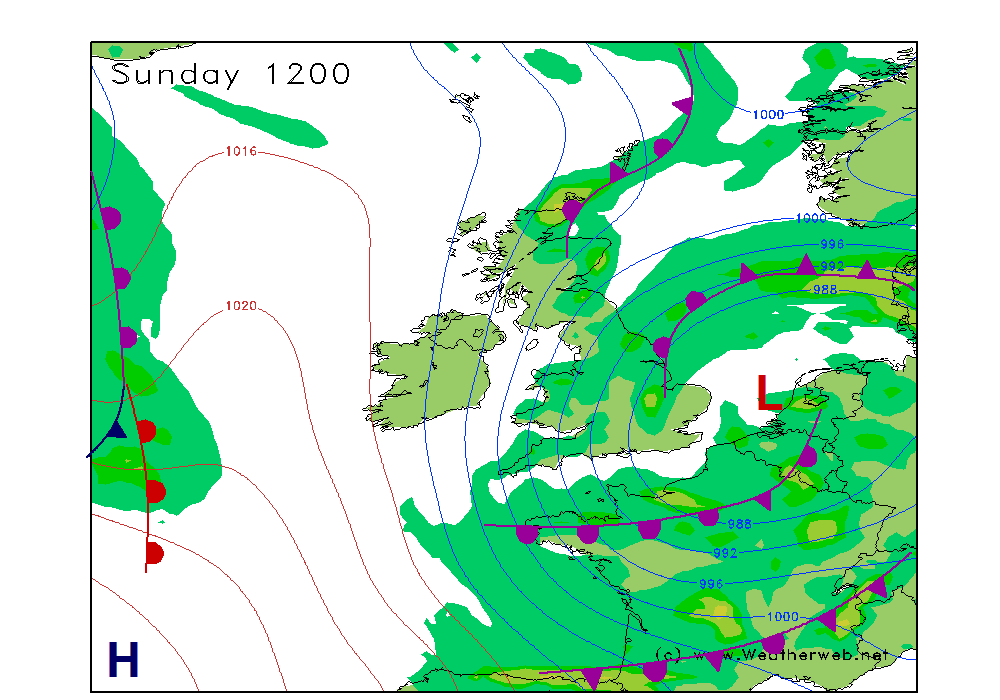 FLYER February 2020
Buy this issue
Subscribe and save!
Shop now