gaznav wrote:... and the SL

I've got one of those, squitter and all.

The amusingly-named Thruster T600N "Sprint" wot I used to fly was quite a lot of plane for the money if you're happy with a Jabiru engine. Covers the ground (a very little bit) quicker than an X'air and easier to get in and out of, but quite similar in most other ways. A fair few of them about, and prices seem to be coming down now the trend for factory-built ships is towards the likes of the C42.

There's a reason 200-something Skyrangers are on the UK register. They do everything - strip flying, touring - reasonably well, particularly at the price, the design is clever in terms of maintainability and the support from Flylight is legendary. I'd probably buy one, except for the crucial problem that I just don't find them very exciting

Same goes for C42s. Very competent little planes, more refined than a Skyranger but again the sparkle factor is missing for me.

I asked on here about Jabirus a while ago. A bit less common, and a lot of people seemingly don't rate the handling. Except for a couple of chaps I've since spoken to who claim they wouldn't part with theirs. So I guess they suit some people. I've never flown one so I don't know. They do sound like a quick plane in a straight line for little money, but maybe not as easy off strips as other microlights.

I've had one flight in a Eurostar and it was lovely. The handling was wonderful, even by microlight standards (and most microlights are no slouches on the handling front compared to what I remember of Cessnas and Pipers). Only downside was a hot and thermic day that threw me around and vaguely cooked me under the big glasshouse canopy

What I'd really like is a Sherwood Ranger. What I'd probably get because it's still brilliant fun but a touch more useful for things other than local bimbles is a Eurostar. But what I'd actually probably end up with is a Skyranger because it's very hard to look past the economics and practicality, if such things could ever be said to apply to microlighting. Nice C42s and Eurostars are Serious Money, at least by microlight standards.

@skydriller There is an English chap in France selling an X'Air. He writes a blog here http://www.micro-trike.co.uk/wordpress/

If you scroll down through to October this year you will see pictures and see where he is in relation to you. Not sure if it has sold yet but maybe worth a look if you are local.

But, my completely unbiased view - Skyranger. Mine has taken me all over, can carry enough gear for a week of camping, will get in and out of the shortest of strips and is tough as old boots.

I learnt in a C42, lovely aircraft but really dull, the pedals are pretty much just for taxiing. You actually have to fly a Skyranger, especially if you want to get the last couple of knots out of it at cruise. 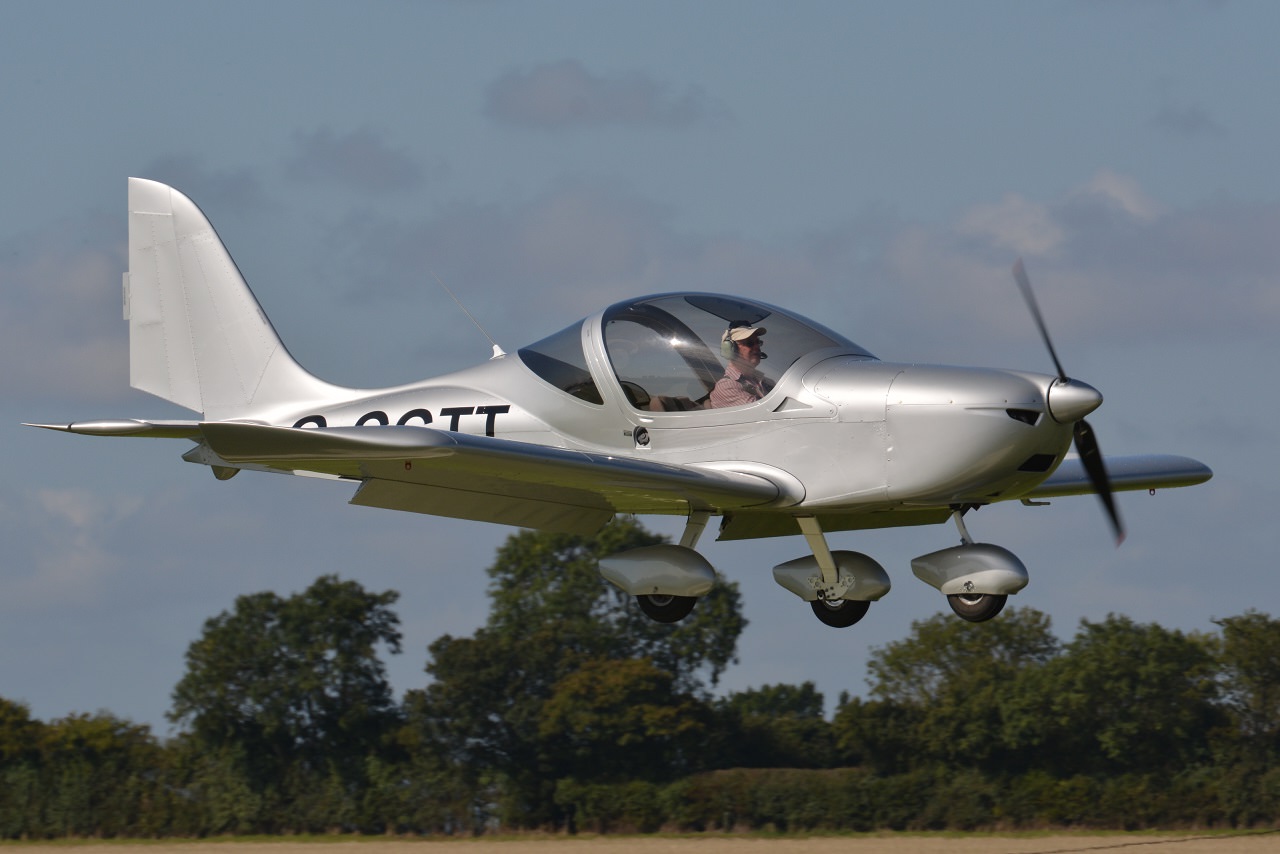 For those that haven't flown one;

So, in the left seat you only fly right handed and to use the flaps you have to stretch across yourself to reach it with your left hand. If you are short and your straps are tight, you might not reach it!
In the right hand seat that is all reversed, you only fly left handed. I find it odd that they are such a popular trainer as a result.
Personally, I prefer individual sticks so I can swap between hands depending on the task.

Oh, the throttle lever is between your legs, both seats, in case you were looking for it!

Apart from that they do perform well in the air and if you could squeeze a 914i or 915is into it, it would be a real scream!

Rans 6 might be another option. Cheap, stable and reasonably easy to fly but needs feet on rudder bar!
The quickest way to fall out with people is, discuss politics.

By patowalker -  Wed Nov 28, 2018 10:51 am
Like
Wed Nov 28, 2018 10:51 am #1654036
A central stick is lighter than two and makes it easier to get in and out of the seats. My Zenair CH601UL had one with a Y shape, which is good for training. The flap lever was on the left, so only available to the pilot, and there were throttle controls on the extreme left and right of the panel. The variable pitch prop control was a winding handle attached to the bottom of the panel, mid left. Ergonomics were good and with wing tanks and lockers, it was an excellent long distance tourer. I only sold it because I got the building bug again and went for a Sport Cruiser.

Central sticks are reasonably common in microlights and two other types I've flown (Thruster and Skyranger) also have them. I don't recall ergonomics being such an issue there though, possibly because the throttles are in a normal place on both types, the flap lever is close to hand in the centre on the Skyranger, and of course the Thruster doesn't bother with posh things like flaps; it's completely HOTAS

It does take a bit of mental gymnastics when you switch to the other seat though. I seem to recall hearing from Paul Dewhurst (microlight guru and Skyranger importer) that there's an option for dual sticks on a Skyranger but none in the UK have it and he wouldn't recommend it because weight, ingress/egress and leaves your lap free for charts, sandwiches, knee blanket etc.