Mountain Flying in the Scottish Highlands and Cairngorms

Mountain Flying in the Scottish Highlands and Cairngorms#1640680

By MidlandsPilot -  Wed Sep 26, 2018 11:11 pm
Like 1
Wed Sep 26, 2018 11:11 pm #1640680
During a recent holiday to the Scottish Highlands I booked onto a "Beach Landing" course through Highland Aviation, based at Inverness Airport. This was to be flying though the mountains, and landing at Barra, the only commercial beach airport in the world. Sadly, as is often the way with my flying, the weather precluded this, with winds on the Western Isles forecast to be gusting 50kts! We delayed until later in the week...

Later in the week came, and unfortunately the weather was still naff at Barra. Plans B and C (fly to Kirkwall, or to Oban) were also out due to bad weather. Highland Aviation also offer a 'Mountain Flying' course, so we went to Plan D, which was to go on an abridged Mountain Flying course (this is usually 3+ hours). Due to the incoming weather, and suspected turbulence due to high winds over the mountains, we played it by ear with the flying.

A quick trip out to nearby Dornoch airfield for a couple of touch & go's at somewhere new (and also my first ever clearance to enter a Danger Area!). Tain Range were active, but not dropping any bombs so more than happy to let us use Dornoch for a bit. After that, it was up Dornoch Firth and into the hills!

Having grown up in the flatlands of East Anglia, and the most mountainous terrain flown over to date being the southern part of the Peak District, it was quite hard to override my in-built GPWS, telling me to constantly pull up! Sometimes cloudbase prohibited this, with a few mountaintops being in the cloud.

We flew down Loch Ness, although didn't spot any monsters, and then over the Cairngorm mountains, and down the stunning Strath Nethy valley. The scenery up there cannot be described, and even the video doesn't do it justice. At times the ground seemed very close, although I never saw the shadow of the plane!

Having never experienced anything like this before, it was a great experience. Despite the weather, the flight was very smooth, with only one rough spot. It was certainly a worthwhile experience to do a completely different type of flying. Luckily, Highland Aviation have a Cessna 172, so I didn't have to worry about flying a type I'm not used to, or have the wing blocking the view (although sometimes with the terrain being above the wing this was the case!).

I have to thank Highland Aviation and the instructor, Simon, who were very friendly and accommodating, despite the weather trying its best to stop me flying!

Enjoy the video. Filmed on a GoPro Hero4, and I've added the GPS trace from my Skydemon log onto the video to show where we were going.

Re: Mountain Flying in the Scottish Highlands and Cairngorms#1643426

Re: Mountain Flying in the Scottish Highlands and Cairngorms#1643465

If Highland videos float your boat have a look here and here, there should be enough to keep you going. 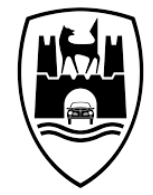 Re: Mountain Flying in the Scottish Highlands and Cairngorms#1644987

By Murgatroyd -  Tue Oct 16, 2018 12:18 am
Like
Tue Oct 16, 2018 12:18 am #1644987
Fantastic video. Scenery much more dramatic than I thought Cairngorm was. It's now on the list as is Inverness airport. I flew up one of the west coast sea lochs recently, only to find it was a 'dead-end' and I was lower than comfort permitted.
Full throttle to gain some much needed height, high fiving some hillwalkers before maneuvering a tight left hand turn and back to comfort zone. I practiced the 'wing over'/knife edge turns a few times after that. Big lesson that day.

Re: Mountain Flying in the Scottish Highlands and Cairngorms#1646909

Thanks for all the comments, glad you liked the video! Unfortunately the camera doesn't really do the scenery justice!

One thing that my instructor did mention quite often was to consider the aircraft performance in valleys - where the terrain out-climbs you, and you're in too narrow a valley to turn round. Always best to fly down one side, rather than the middle, more space to turn.

Fingers crossed next year I'll make it across to Barra!
Check out my YouTube Channel!

Re: Mountain Flying in the Scottish Highlands and Cairngorms#1647935

Have fun, but if anyone goes up there please keep in mind that this area can have intensive gliding use from Aboyne and Feshiebridge , with gliders operating OCAS at anything from below ridge top height up to FL195 using the strong lee-wave effects that form around here. If you have access to some sort of Flarm receiver then I'd recommend taking it with you - otherwise hopefully your local instructor can brief you where to keep a special look out.