Well what a week of weather that was! It’s been so difficult to forecast the detail of where showers would, and more importantly wouldn’t, occur. It seems models are starting to get back on track now.

If you'd like to learn more about the weather and how you can maximise weather windows for your flying, come along to Aviation Weather School (Part 1). The next course with places available is Saturday 19thJanuary 2019. I have two places remaining on that course. so if you'd like to find out more and book your place, do so now at http://www.WeatherSchool.co.uk or you can call me to book on 01902 895252.

Weatherweb Premium also has lots of weather wisdom and is continuing to grow with more pilots joining every week. There's stack of weather information, forecasts and learning to be found on the website and you can try Weatherweb Premium completely free at
http://premium.weatherweb.net/become-a-member/

SATURDAY
---------------
A moist southwest flow across the UK and Ireland on Saturday. This brings lots of cloud, some rain as well as coastal mist and fog.
A cloudy start for many with rain extending through northern England, wales and Ireland. Low cloud, mist and fog affecting these areas too. Little changes during the day. Probably drier in southern England away from coasts and hills, a few bright spells here.
Scotland will be drier and brighter in central and northern areas, feeling fresher here too.
Winds SW 20-25kt (F5-F6) for most, perhaps to 30kt (F7) in the west, W F4 in Scotland. The winds tending to ease later. 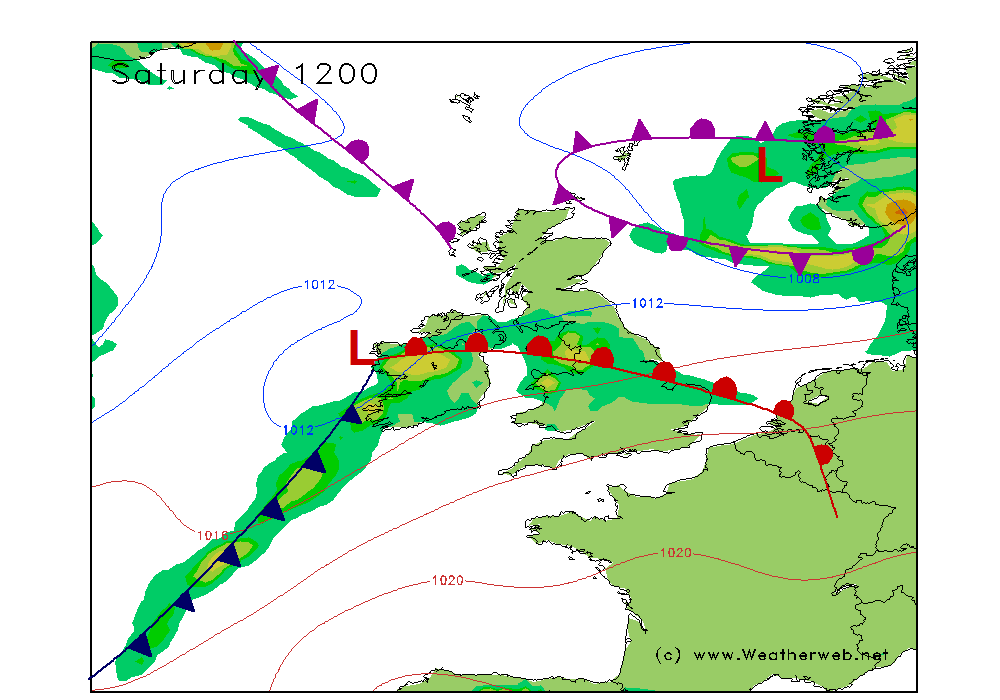 SUNDAY
---------------
A fresher, westerly airmass develops on Sunday. A cold front passes through central England and Wales, this weakening further during the day. An occluded front moving into Ireland and western Scotland.
Fairly cloudy in much of England and Wales with some showery bursts of rain along the cold front, these fading through the day as the cloud breaks further. Early low cloud could affect southern England but this is likely to be lifting. Further mist and fog patches in the Channel, tending to lift too.
Brighter with sunny spells to the north and west of the front although the collusions then brings a band of cloud and showers into Ireland and western Scotland in the afternoon. The showers could be heavy at times.
Winds W 25-30kt (F7) in Scotland, WSW 18-25kt (F5-F6) in England, Wales and Ireland but 12-15kt (F4) in southern England. 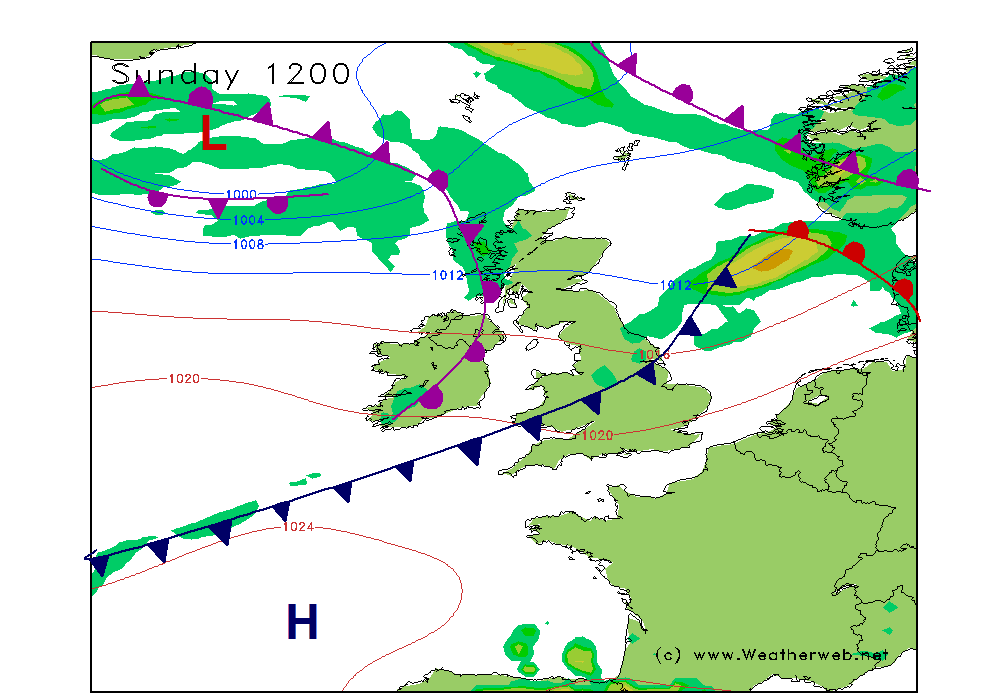