stevelup wrote:De Ja Vu all over again with the Tesla Model Y.

Cars left right and centre with badly misaligned panels, many with the rear seat not screwed down, and multiple reports of them having completely missing rear seat belts.

How can they simultaneously be so good and so carp? There is clearly some good technology there, but to mess up utterly basic things like this is bizarre. But even more worrying is how they pass even rudimentary QC?

Shades of British Leyland in the 60s and 70s

stevelup wrote:
Cars left right and centre with badly misaligned panels, many with the rear seat not screwed down, and multiple reports of them having completely missing rear seat belts.

How can they simultaneously be so good and so carp?

I worked for British Leyland in the 1970s.

They just dispensed with the "so good" part of the equation

One night shift turned out a handful of cars with RH drive steering and LH drive pedals. Not to mention a number of three door bodyshells. (No, not a hatchback)

Like John said ^^^^^^
"We sleep soundly in our beds because rough men stand ready
in the night to visit violence on those who would do us harm."
- George Orwell-

Paul_Sengupta wrote:I suppose it's nice if you're out for a pleasant day out and can manage a meal every 120 miles or so...

Are you not ready for cake every 120 miles or so … ?
“I am somehow less interested in the weight and convolutions of Einstein’s brain than in the near certainty that people of equal talent have lived and died in cotton fields and sweatshops.” Stephen Jay Gould

Leodisflyer wrote:Discovered Miller & Carter this way too, and some other rather nice hotels and country clubs. One of the unexpected pleasures of EV ownership.

I suppose it's nice if you're out for a pleasant day out and can manage a meal every 120 miles or so...

Screenshot below of two photos I took 90 seconds apart at the beginning of Feb, supposedly a challenging time of year for EV range. To be fair, it was a sunny day so no cabin heating. Also the traffic was flowing smoothly. I'd made a point of not charging during the trip just to see what the car could do. Normally I'd have had at least two rest and charge stops as natural breaks before this. On this occasion I just took the breaks/stops.

I have an app that tracks my mileage so I can check, and by the time I started charging, according to the app I'd done 249 miles (the car said 241.2 miles). The supercharge was after stopping for a couple of hours and I plugged in while I went to grab some food. The pre-condition hadn't had enough time to kick in so you are seeing the battery warming while charging and the charge rate going up. I'd set the limit for 90%, so the predicted remaining time to, about 270 miles, was 40 minutes, but that's distorted by the charge rate slowing as the car "fills up". I stopped for around 20 minutes that time and remember having to bolt the food!

The 500mph charge rate is on a V2 supercharger with a battery not at optimum temp. The best rate I've seen is a bit higher than this. The V3 superchargers, if I ever find one, increase the charge rate significantly. 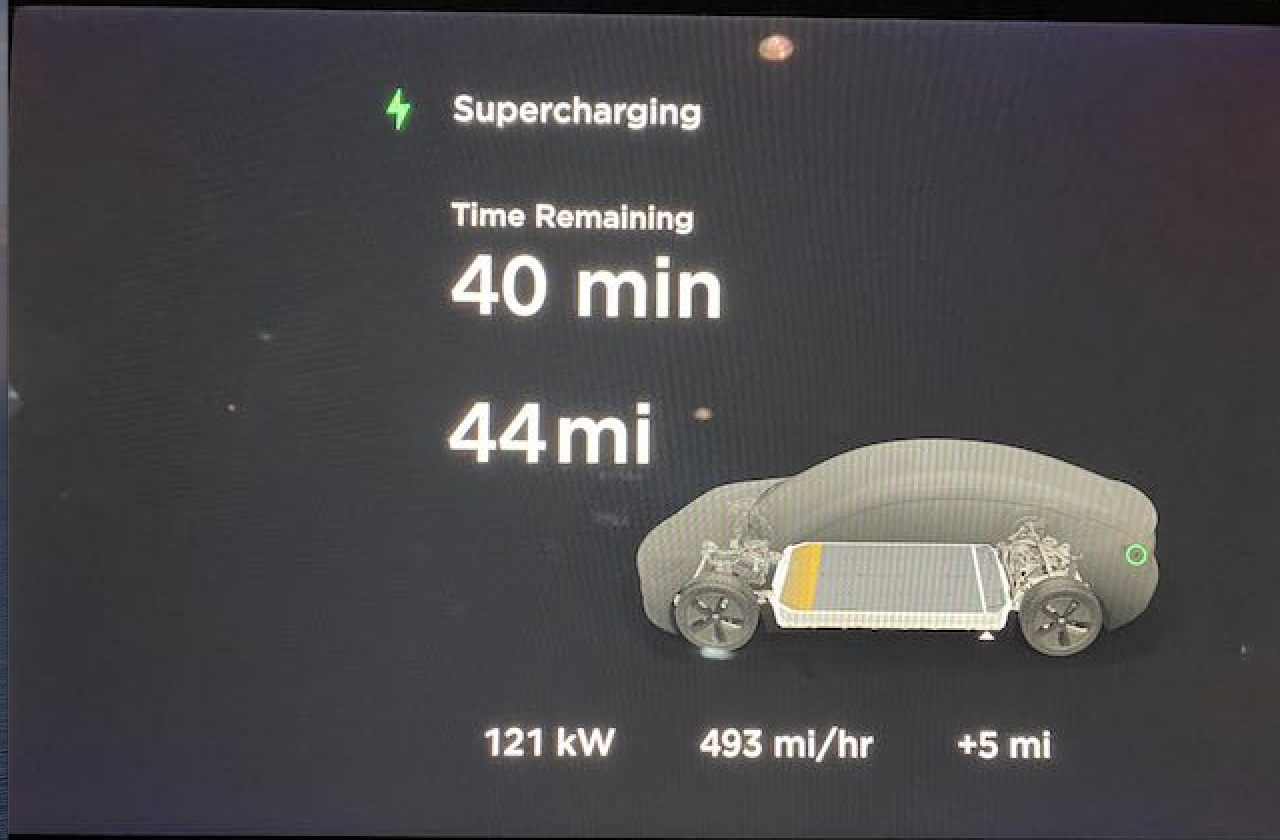 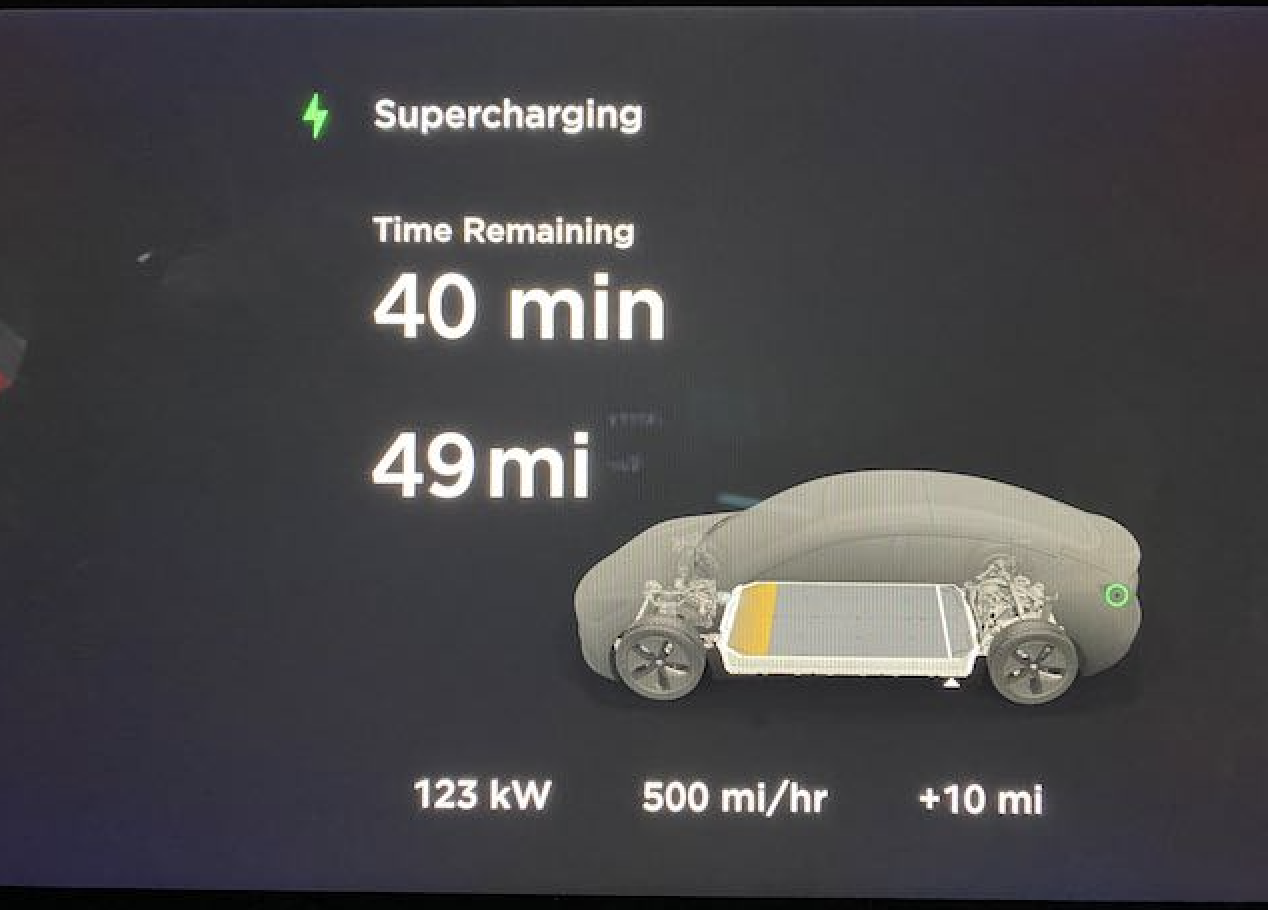 (Also made some edits for accuracy and also added in V2 charging info.)
Last edited by Leodisflyer on Tue Jun 23, 2020 7:40 pm, edited 2 times in total.
cjrpaterson liked this 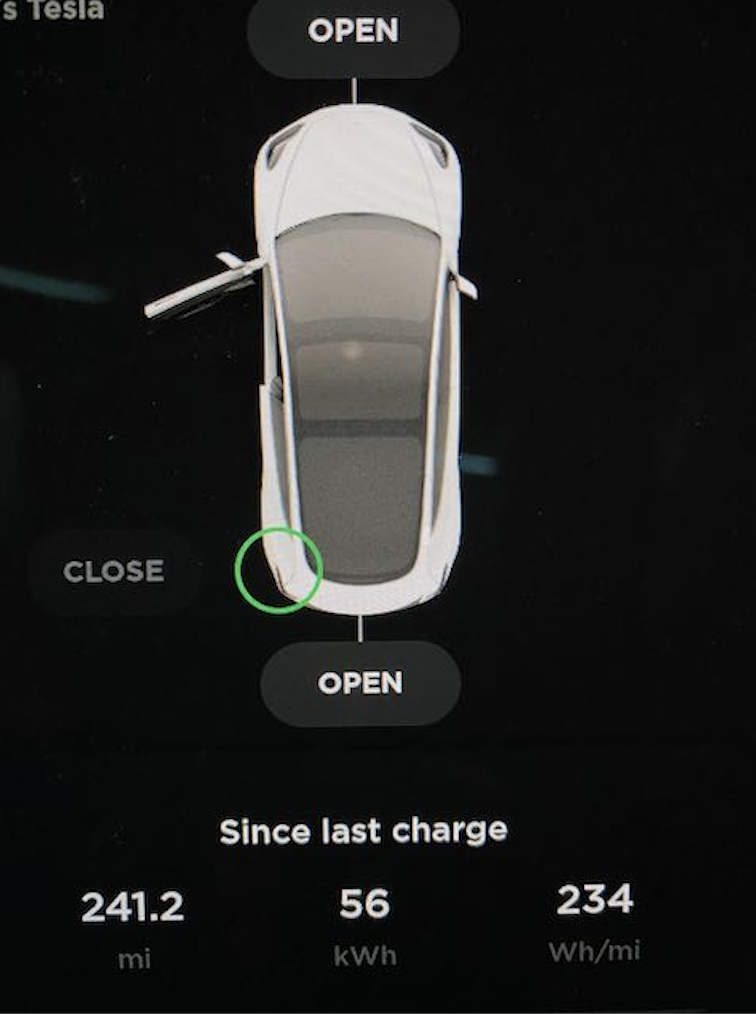 To add, checking my app, total driving time between charges was 5 hours 15 minutes.

I think a 20 minute combined food and charge stop over that duration is more than reasonable. There were actually non-charging safety and other stops that day. I try and follow RoSPA advice, 15 mins per 2 hours. I need more stops than the car does.
Last edited by Leodisflyer on Tue Jun 23, 2020 7:47 pm, edited 1 time in total.

I suspect Paul and I would get along IRL.
Paul_Sengupta liked this

stevelup wrote:D
<snip>
How can they simultaneously be so good and
</snip>

Truncated your statement as I wouldn't go as far as that.

As an owner I have a funny relationship with my car. I can't imagine driving any other car for long distances. Pre-lockdown I was driving more miles than I have in decades and had rediscovered the pleasure of driving and travelling.

OTOH, I wish they would drop or slow the push toward FSD and focus on the areas. I know there are big prizes for the first to crack it, but, IMHO, self driving needs to be done across manufactures and in conjunction with regulatory frameworks. Our roads are designed to control drivers, not to facilitate automated cars.

I'd like to see a smaller car for the non-US market and also a car where I don't need to care about where and how it is parked. Who would let their Model 3 be used as a self-driving taxi in the UK? I have to let people know how to ope the doors so that the press the button rather than pull the door handle which is intended for emergencies and can damage the trim). My car is a utility, not something I should feel a need to cosset.

There are various other things, not least simplifying the screen. It's fine while driving and works really well, if you stick to the key info but there's too much detail in the infotainment and is clearly intended for when you are parked or being driven. Voice control is a workaround, but not as effective as Siri.

I wouldn't change the car, it's the best available IMO, but one of the best things about it is only that there is room left for competition, which is very encouraging for the future.

For me, at risk of sounding like a fanbois, then for what I need it's either a Tesla or no purchase. I know it doesn't float your boat and it isn't right for everybody. If I didn't need the range, charge time and network then my views might be different. There's no way I'd buy another ICE though.
malcolmfrost, Colonel Panic liked this

By malcolmfrost -  Wed Jun 24, 2020 9:39 am
Like
Wed Jun 24, 2020 9:39 am #1778786
I had an interesting discussion with my wife the other night, basically she drives a petrol, manual car and has done for over 30 years. She has never liked automatics.
She has only driven my Tesla on long journeys and not for over 6 months.
I mentioned this, and she said that basically she can’t be bothered to learn something new, she gets petrol, it works.
I tried to explain that driving an EV is much easier and the next morning made her drive us to the airfield 35 miles away, which of course she did perfectly although she complained that the regen slowed us down more than her car would, so we wound up doing 50 on the M3.
I suspect she’s not alone!

less congested than usual, then

By Flying_john -  Thu Jun 25, 2020 7:26 pm
Like
Thu Jun 25, 2020 7:26 pm #1779134
Relatively easy car to convert as once you rip out the ICE (out the back) it leaves an almost ready made spade for the motor to bolt up to the gearbox. Did consider doing the conversion a few (quite a few) years ago, with some Red top batterys and a controller from the USA. As usual life got in the way so bought a Lucas Bedford CF. 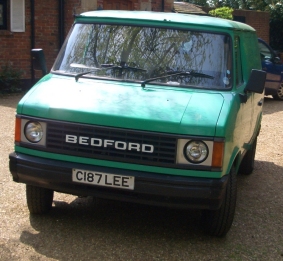 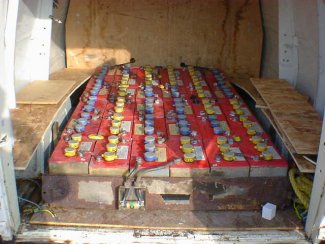 Enjoy everything - Life is Short.

"Is the hydrogen tech 'revolution' hope or hype?"

Yet twice at least already today you have posted links to tenuously connected bbc stories. Do you work there or have some other vested interest? Asking for a friend.