It has the advantage of being just 15 minutes on the “Navette” (Shuttle bus) from Lille city centre. It is also worth considering that if the weather is too bad for you to get back across the channel – you could drop into Lille via their ILS – then get the Eurostar train direct to Kings Cross.

The city boasts some excellent architecture that somehow does not seem to have suffered quite as much damage from WW2 bombs as other French cities such as Caen and Bologne. At the moment, they have some exhibition of 15 tall statues of kiddies TV characters (little dragon’s and dinosaurs with children’s faces and wearing nappies! Right in the centre is a massive shopping mall to challenge Blue River or anything in the UK. (Nearly 200 stores on 3 floors).

We routed SFD DCT BNE DCT LFQQ, a nice straightforward flight. Cruising at FL055 we were above all the ATZ’z and stayed with Lille Approach from crossing the FIR until downwind for Lille. They did not ask us to route via any of the VRP’s – but perhaps this was because it was a weekend with almost no traffic in the area. On a busier day, they might route you via the VRP’s. We routed directly overhead the airfield at Merville in the descent through 3000ft – no signs of any activity here either. Just ENE of Merville airfield there is an enormous industrial complex that is visible from at least 5-8 nm out even in the haze. It is about the size of a large steel works – but is full of very tall Sandstone coloured buildings. It even has its own double railway line into the site. Could be steel – or perhaps armaments? If armaments – it is a bit too close to the final approach for Merville – whose military heritage is obvious from the shelters and hard standings.

As you land on 26, there are four turn-offs off the runway – all to the right, and numbered T1, T2, T3 and T4. All lead you onto the parallel taxiway and to the different areas of the airport. GA is in Parking Area C – reached by T4 the last turnoff. Then a quick right and left into parking area C. The main terminal is off T1 and T2 – with lots of mini jet airliners parked out front.

The Aero club is around the back of area C in Area E. We saw just two Robin DR400's. - and only one of them flew whilst we were there.

The GA parking could hold around 60 PA28’s. It was completely empty, but they gave us a particular stand number to park on (right up in the top corner – leaving oodles of space for the other 59 aircraft that didn’t show up! They do have a ground frequency - that is used as soon as you clear the runway - they do like you to call on ground to request start - and to have got the ATIS before doing so,

Having parked up, you notice that the main terminal is some 6-700m away – back down near Turn off 1. Near to you, there is a typical French “Meteo” building – with a large “C” on it – but it is inside a large fence – and all locked up.

150 m east of you is a low building with some faded signs saying GA Terminal. We found some doors open, some locked, lots of lights on – but definitely no sign of life. The whole place was a bit tatty and smelled of lack of use. We decided to walk around the building to try to find any life when we found a phone on an outside wall (facing the parking area and under a vehicle sunshade type of thing) with a sign in French saying (something like) “For assistance please ring extension 1234”. This we did and a very charming young lady apologised that it would take her 5- 10 minutes to get to us. After 5 minutes she arrived in a large minibus and drove us the 800m back to the main terminal, all the while enthralling us with her very good English and fantastic (if a little strong) perfume.

Once in the terminal she found first the immigration officers and then the security police before leading us out onto the concourse and showing us where and how to use the Navette shuttle bus. She also found us a flightplan form and filed it for us.

The airport is bigger than Southampton, with the usual cafeteria and newspaper shops etc (having had a good lunch - we didn’t try the café). Downstairs near the toilets are some handy ATM machines(called “Distributers” on the airport signs). The airport ATM’s recognised the English cards and switched into English, whereas those in the city centre did not, and didn’t have an option to select any other language. Still I struggled through with my pigeon French and it didn’t eat my card (result!). However I thought this a little strange, being right outside the Euro-Star station in a major tourist city – I would have expected them to be multi-lingual. Perhaps the ones in the station are? – I didn’t try.

Next hop on the Navette into Lille and a nice lunch. We had hoped to do a bit of shopping – but a longer than planned walk around the centre, and the crowds in the shopping mall put paid to this idea. We did however find a branch of C & A’s. Same logo’s - just as we used to have in the UK. (It looks like the French arm survived).

Back inside the airport terminal we found our GA ground hostess working in the Information Kiosk and she set to work finding the immigration police and customs guys to let us back out. Note that when there are no scheduled arrivals or departures, these guys seem to wander off and hide somewhere. It took her about 10 minutes to round up the guys – and that was even though we / she had pre briefed them that we would be departing at approx that time. (NB I don’t know whether, if she had been on her own in the information kiosk, whether there might have been a delay in attending to us) It was then back through the full security – everything out and into the tray to be X Ray-ed with the usual bleep from the metal detector and subsequent body search (the metal plates in my arm) – but they didn’t seem to worry about having my Swiss army knife and a set of Allen keys in my jacket pocket. You might want to consider leaving any sharps in the aircraft.

Lastly just a 2 minute van ride back to the GA terminal where our hostess confirmed our flightplan was filed, got us to fill in a GAR type form and took E17.50 for the landing fee. She had no change in this terminal and was all ready to go back to the main terminal to get us our change – but we invited her to have a drink with the 2.50. She was very reluctant to accept it – but we insisted. They don’t appear to have any process to accept landing fees in the main terminal – and they don’t accept cards at the GA terminal building.

1) Before departure – Contact the Lille airport GA team to give them your details. This will avoid you having to wait whilst they finish what they are doing and come from the far end of the airport to pick you up.

They also operate on VHF 131.55 call sign “GAT LiL General Aviation” (I know it sounds weird – but thats what is on the card!)

3) Have enough small change to pay the landing fee (ask how much when you phone ahead). 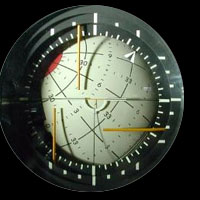 I know they are next door to each other but they are not the same station.
There are two ways to argue with a woman.
Neither of them work!

Excellent service from the most friendly large airport I`ve ever been to. Knocks spots off L2K for value for money and things to do. 16euro landing fee/handling, 9e return to the city with bucket loads of stuff to see and not the usual L2K expensive restaurant prices
Lefty, thanks very much for the report
I love my Little White Plane!

Unfortunately, we then lost that hour in waiting for someone to come and take payment for our fuel upload - we timed it just as all the commercial flights were arriving and departing. The machine only takes self-service payment by Total fuel card.

If you like seafood, try the Ecume des Mers restaurant near the Grand Place.

Don't ask how I found out!
Frank Voeten
Use email please rather than PMs

I now know that the aero club (which is next to the pumps) has toilet facilities, so next time I will go direct for fuel regardless.

And sorry, I'm going to have to ask - how did you find out?

Flyin'Dutch' wrote:Rule #1; always fill up before you go off the airfield (any airfield) to go and have a good time.

Don't ask how I found out!

And so does BA Heathrow Centre so as that is used by all BA aircraft within 200nm of LHR, they might have the volume turned right down on their receiver!

By Iceman -  Sun Jun 12, 2011 6:02 pm
Like
Sun Jun 12, 2011 6:02 pm #970338
Handling, landing and parking for a private Seneca flight came to over 50 euros yesterday (11/06/2011). Large airport, approach (multiple controllers), tower, and different ground controller on with only one other movement that we observed in the time that we were there. As has been said previously, summon the ground handling staff by using the phone on the outside wall of the old GA terminal (close to where you park). You are taken through the larger newer terminal with all the normal airside security checks, and passport control. Car hire available in the terminal from four different desks. Taxis available to take you to the town centre (20 euros each way). Pleasant architecture and some reasonable restaurants. It proved difficult to find a taxi to return to the airport (so get a number from the taxi operator on the way in), but we did eventually find one outside the main train station which is close to the town centre. Flight plan handling, weather, and fees were paid at the information desk to the same person who takes you to and from the aircraft.

Radar vectors to the ILS (26) yesterday, and out via the BNE2W SID which takes you straight to the BNE beacon, and in our case, on passed Le Touquet to Seaford.