Judging distances in the air

Perhaps this was legacy of curved pfl pattern via Key procedures.

Oval circuits are still in use for all military aircraft in the VFR pattern. CAP413 still lists it too. 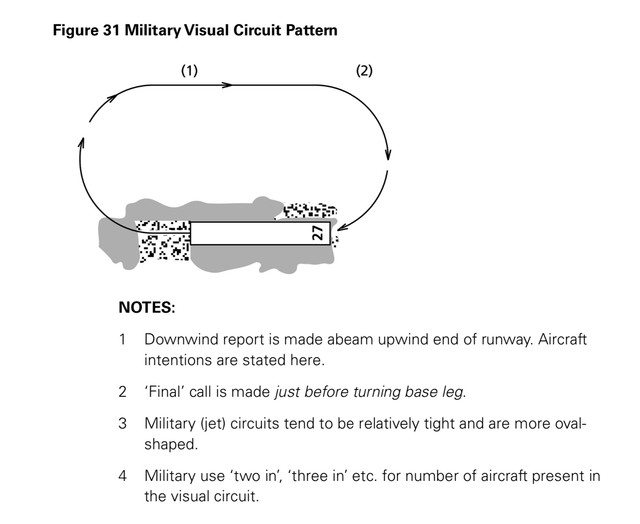 It was the subject of an AOPA study through the University of North Dakota, listed here by Flyer: https://www.flyer.co.uk/rectangle-or-ov ... is-better/

It was supposed to offer a better solution to loss of control, but I never saw the study conclusion. Anyone got a link?
kanga liked this

Using flight data monitoring equipment, a comparative statistical analysis was conducted
between the rectangular method and rounded base method to evaluate variables that influence AOA and determine if the rounded-base method provides an increased level of safety. Results suggest that the rounded base method does allow for lower bank angles, lower pitch attitudes, lower vertical speeds, and more consistent indicated airspeeds throughout the maneuver.
Additionally, the rounded-base method considerably reduces the likelihood of runway overshoot during the turn to final.

By gaznav -  Sat Jun 12, 2021 10:29 am
Like
Sat Jun 12, 2021 10:29 am #1852471
@riverrock thanks. I’ve not read that before. It’s a good start, but looks like it needs another study to look at experience levels. I’ve only skim read it, but it doesn’t seem to mention the “tightening wind” phenomena either, where a wind from the downwind side of the circuit makes the individual start to increase AOB (and in return AOA) as they start to notice that they are going to blow through the centreline. In a past life I’ve had to ask students to go around as the normal 10AOA has slowly increased to 19AOA due to this. So again, that would need to be taken into account.

But the final line is definitely indicative of oval circuits being something to try to reduce inflight loss of control (I-LOC or LOC-I), which remains our biggest killer.

If you fell out of the aeroplane, would you hit it?
gaznav, T6Harvard, TopCat and 3 others liked this

If you fell out of the aeroplane, would you hit it?

You'd have to allow for ground speed and windage - like bombing from altitude. I suppose we could mandate carrying a Norden bombsight in the aeroplane but even then accuracy would be pretty poor.
kanga, T6Harvard, Kemble Pitts liked this