Changes to the Blackbushe LFA rules of the air -ORS4 1467 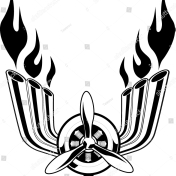 So when the EGLF CAS was introduced part of the Blackbushe ATZ became Class D and “shared” with us as a Local Flying Area “LFA”.

That means within the LFA, which is most of our circuit, aircraft operating VFR must abide by Class D rules as per SERA 5001 and ENR1.2.

When the airspace came in on 27 Feb 2020 this was: Clear of cloud, surface in sight, 5k of vis. Not really a problem, and we could go Special VFR of the vis was rubbish.

If the weather was worse than this, then we had to be SVFR. The reason it was revoked was down to pressure from EASA to comply with SERA.

The problem is SERA also requires ATC to separate SVFR aircraft from one another. They can’t do this because Blackbushe circuit traffic is talking to us not them. So we were limited to one at a time in the circuit when the weather was pants. Fairoaks, Denham, Brooklands, and White Waltham all benefited from “grandfather rights” and got an exemption from the CAA but as we were not in Class D when that exemption was issued, we didn’t get it.

What this exemption issued today and eff 11 Mar 2021 does is remove the obligation on EGLF to separate SVFR traffic in the EGLK circuit from one another.

The v1 of the application was submitted in Jan 2020 but due in part to COVID, but mostly down to massive amounts of risk assessments to do it has taken this long to get over the line. Every time we thought we had it cracked, someone else had to risk assess it and opened another can of worms.

Stu B, Dave W, Stampe and 4 others liked this

ChrisGazzard wrote:In the good old days before the Farnborough airspace...

Thank you for taking the time to explain!

chevvron wrote:Thanks for that Chris.
I haven't heard such sense talked about Blackbushe since Stuart Marshall retired because the managers they've had between him and you didn't seem to have a clue.

They probably said the same about EGUF/EGLF!