ChrisRowland wrote:For us at Wycombe we have White Waltham easily less than 10 minutes away. And WW would have us. It might not be for everywhere but that doesn't make it unworkable for the places where it will work.

But would you do it?

Let me re-phrase : would you let your loved ones get in an aeroplane with someone to do a circuit with 15 mins of fuel ... 30mins, maybe 25mins for a circuit or two ... but why would you?

Do you have any updates? How's it all going?

By akg1486 -  Wed Sep 16, 2020 12:23 pm
Like 2
Wed Sep 16, 2020 12:23 pm #1796542
There is one update: SE-KWH got its CoA on Monday, which is of course a major milestone. The approval of the instructors' credentials is however pending, and without pilots the aircraft can't fly. I'm not directly involved, but AIUI the level of support we're getting from our CAA regarding the CoA isn't forthcoming from the licensing department.

We have two external events planned within the next seven days, but we need the FCL issues to be sorted out first. I was planning to do an update to this thread after we've had the events, so stay tuned! I'm involved in one of the events, the one we organize ourselves. Two days ago I wrote our press release inviting the press to come see and fly the aircraft, but we can't distribute it yet. It's all more than a bit frustrating, but most forumites will know that the authorities aren't always as fast as you'd like as a customer/citizen.

It's been very rewarding to work with the press event: we are half a dozen people each doing his or her small part, and that way great things can be done without exerting any one person. I did the press release and some handouts, others organize the press communications, arrange a place to charge outdoors (for nice photos), stock up on hand sanitizers, and so on. It's all volounteer work, of course, so nobody can work full time on any of this.
G-BLEW, Flyin'Dutch' liked this
Autocorrect is so frustrating. It's always making me say things I didn't Nintendo.

(I don't know exactly what paperwork, what the problem is, whose fault it is or when it will be resolved.) But at least everything is prepared now!

The first press showing is to be for the regular printmedia, radio and (hopefully) TV. We'll also invite the local government. Our aim as a flying club with this is to increase awareness about GA in general and our club in particular. Some people in Gothenburg, where we're based, don't even know that the airport is still open after it was closed for CAT a few years ago. With the electric aircraft, and our recent switch to unleaded AVGAS, we want to show that we're progressive and friendly to the environment.
Flyin'Dutch', G-BLEW, kanga and 1 others liked this
Autocorrect is so frustrating. It's always making me say things I didn't Nintendo.

Intrigued to follow how you get on with it, how it will be utilised etc.

Fellsteruk wrote:Proper battery management and thermal cooling is the way to battery longevity but I guess only time will tell as to how good they are or how bad the degradation is.

A lot of the training material for the Velis (unsurprisingly) is about battery management. There's an estimated figure for the number of charging cycles a battery can handle, provided you treat them well. I don't have the figure in my head; let me get back on that. The Lithium-Polymer technology is not new, of course, so the estimates are based on real-life experience.

The batteries will need to be replaced at some point. I guess you could see the replacement cost divided by the number of hours flown as a part of the "fuel cost", the other part being the actual electricity. A 40 minute flight will use perhaps 20 kWh, which costs in the region of two to three pounds (with Swedish prices), so there's room in the fuel budget for battery replacements.

Cooling of the batteries is important not only for longevity but for safety: you really, really don't want a battery fire in-flight. One of the main differences between the earlier prototype Alpha Electro and the Velis is the cooling. There's a liquid cooling system and also quite large air intakes on the sides of the aircraft. AIUI, those changes were important for the EASA type approval. It cost some weight, though, so the ballistic parachute that was in the Alpha (and that we have in the Rotax-powered Virus) is gone. I believe they removed the speed brakes for the same reason.

If there's a particular part of the aircraft that anyone is interested to see, make a post here and mention my username so I don't miss it. I can take a picture and upload when I get the chance. (The engine would obviously be interesting, but I can't remove the cowling.)
Fellsteruk liked this
Autocorrect is so frustrating. It's always making me say things I didn't Nintendo.

TheKentishFledgling wrote:Intrigued to follow how you get on with it, how it will be utilised etc.

Thanks for the feedback! It's nice to see there is an interest, regardless of whether one thinks that electric aircraft are the future, a complement or a dead end. I'm not going to argue either way, just let you know what's going on.
neilmurg, G-BLEW liked this
Autocorrect is so frustrating. It's always making me say things I didn't Nintendo. 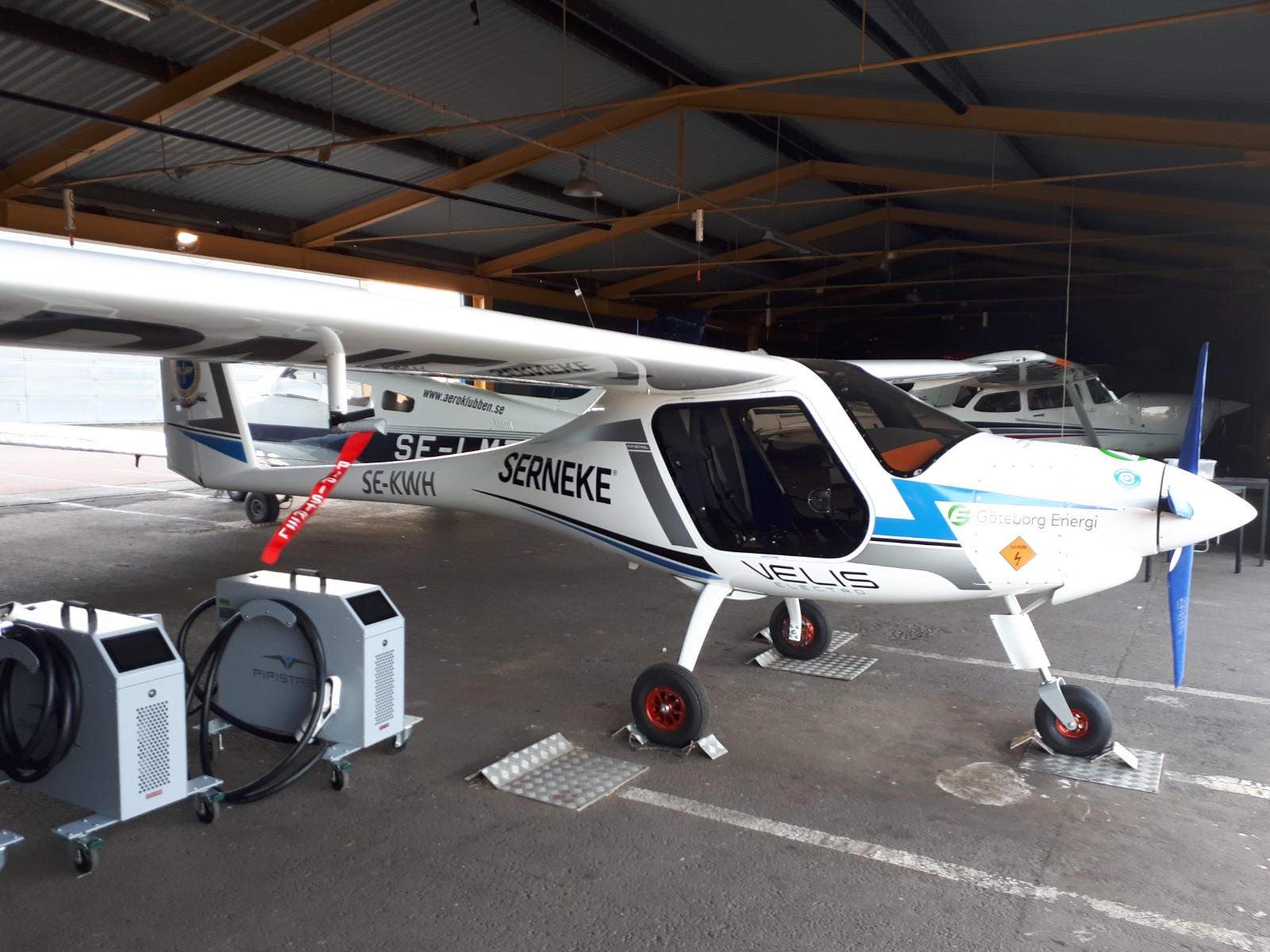 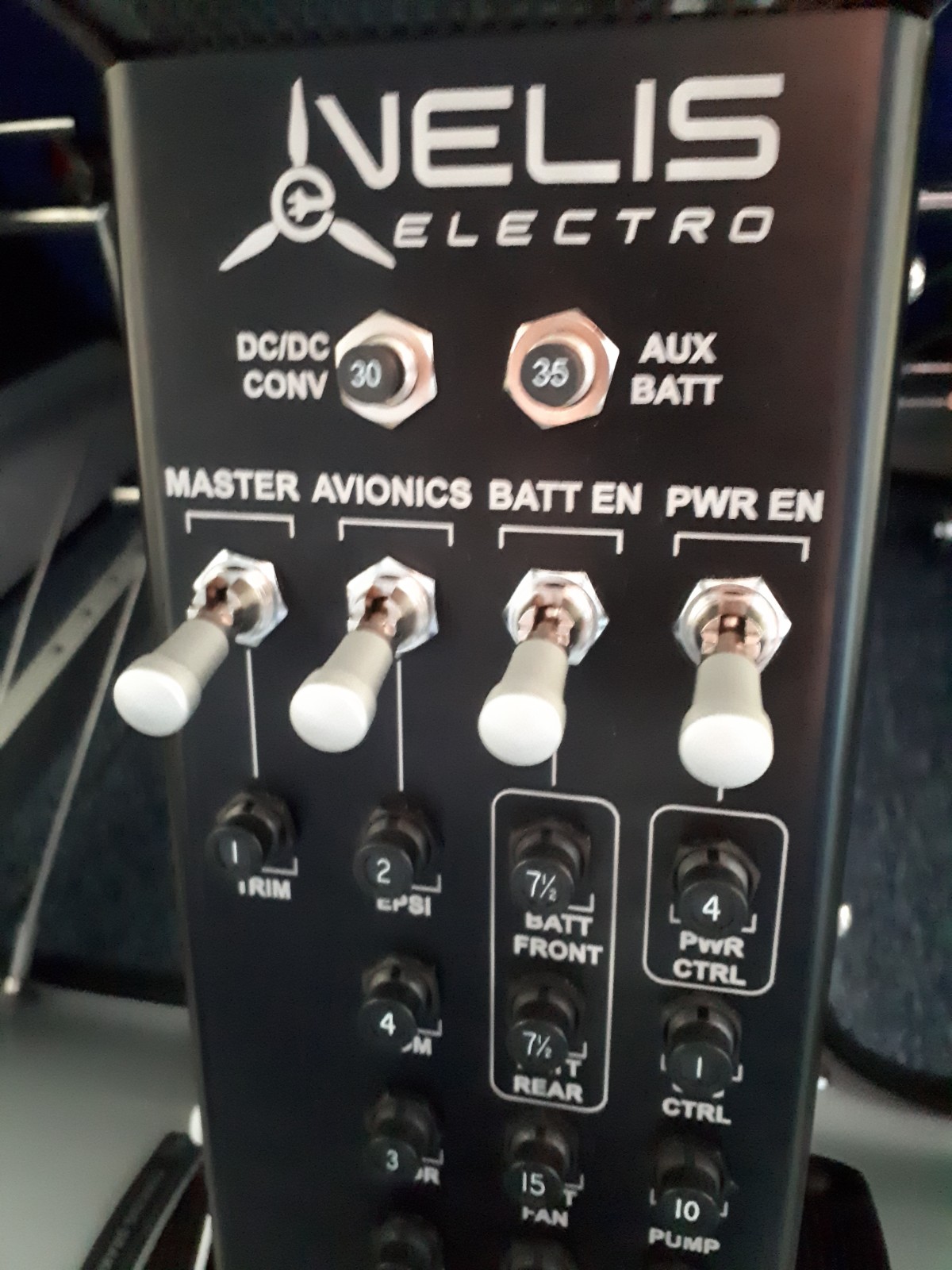 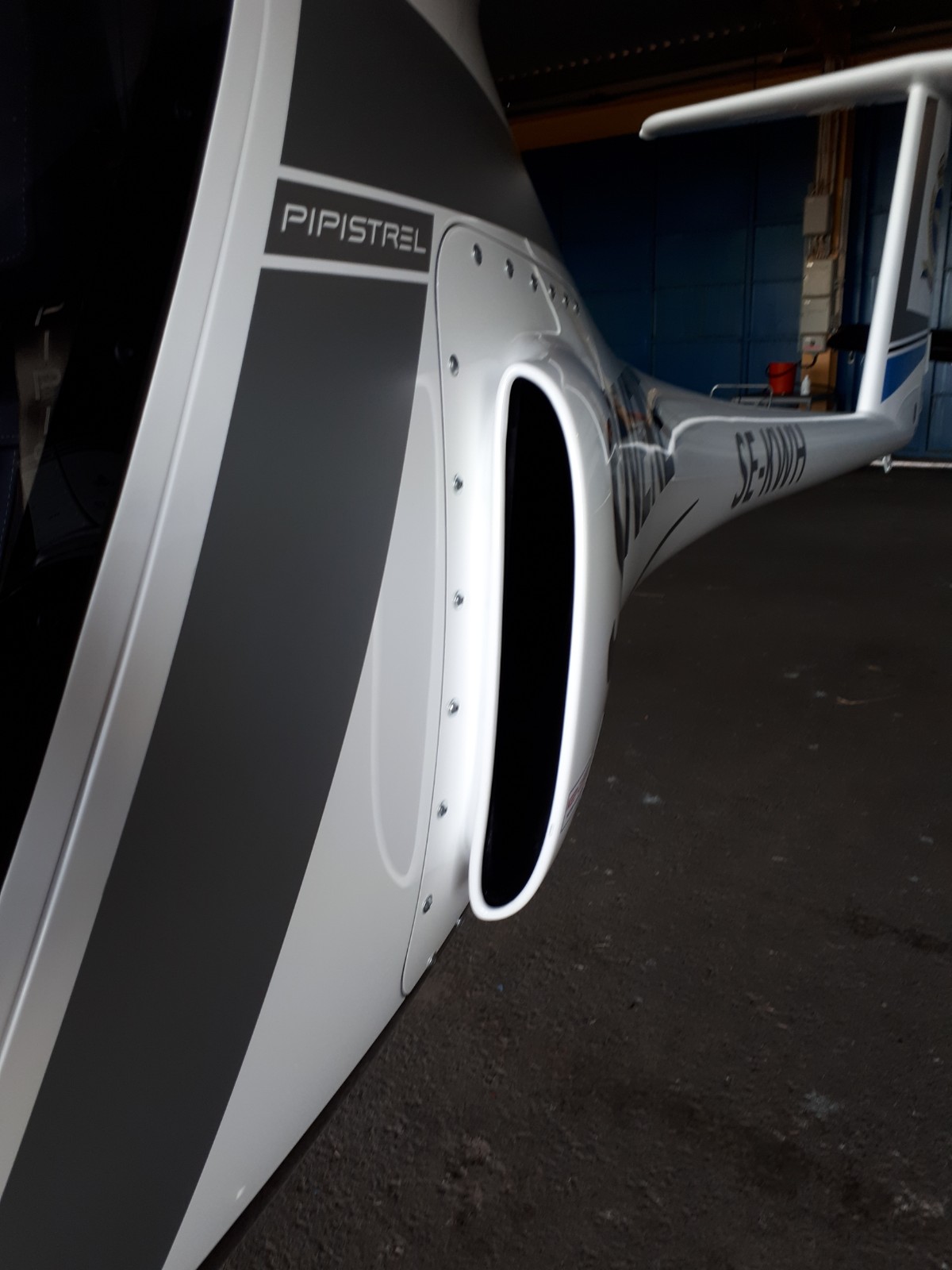 G-BLEW liked this
Autocorrect is so frustrating. It's always making me say things I didn't Nintendo.


Probably should be aware but where are you based ?

oldbiggincfi wrote:Probably should be aware but where are you based ?

It's in my profile, but those are hidden if not explicitly looked for. We're based at ESGP Göteborg/Säve in Gothenburg, Sweden. It's an old air force base that got new life in the late 1990s as a Ryanair destination. Around five years ago, it was deemed unsuitable for heavy jets but is still open for GA: two clubs, a number or private aircraft, a commerical flight school and helicopters for the police, ambulance and search-and-rescue.

(If you try to fly to ESGP in the new MS FS 2020, there are lots more runways that don't exist in real life. And the one that is in use, 01/19, is no longer 2,000 meters but half that.)
Autocorrect is so frustrating. It's always making me say things I didn't Nintendo.

oldbiggincfi wrote:Am I right in assuming your airfield is within controlled airspace ?

Yes, it's controlled airspace. When the CAT moved, we became class G and had special procedures everyone must follow if the police/ambulance/SAR helicopter got a call and needed to go fast. Fixed-wing departure and arrival at 1,200 feet, helicopers at 500 feet. I thought it worked quite well, but the managers at the rescue services didn't like it as it didn't conform to the rule. They wanted ATC, so it came back. We're open from 8 AM to 10 PM local due to noise considerations.

We do get cumulus clouds, but we're less than 2 NM from the sea: the sea breeze sets in around noon and blows everything inland. There are gliders at ESGI Alingsås, ESGE Borås and ESGV Varberg. (The latter is by the sea, too. Don't know why their thermals aren't destroyed.) Since our runway is 01/19 and the sea breeze is more or less exactly a westerly wind, we're pretty good at crosswind landings.

G-BLEW, oldbiggincfi liked this
Autocorrect is so frustrating. It's always making me say things I didn't Nintendo.