Probably can't ban PAW out, but should be discouraged to get everyone on a single network.

I don't agree with banning any type of EC but I do think there should be a minimum level of OUT from all aircraft and that, with my future-looking glasses on, should be ADSB. Even better would be ADSB + Mode S and even better than that is ASDSB + Mode S + PAW. A LOT like CloudHound (and future me).

CAP 1391 ADSB devices are tiny and use no electricity, so there's no reason why a glider can't carry one of those. In addition I think their carriage of Flarm should be encouraged because of the very good anti-collision capabilities they have.....as well as conspicuity.

Yep, that would be the other kit my regime would force you to buy

[I’m pretty sure what CAA said when they said ADS-B was their preferred candidate?]

User72 wrote:Therefore only one network for EC should be mandated (or at least strongly encouraged). As the take-up of FLARM within the gliding community is so extensive, and most gliders don't have the power, it would difficult to mandate ADSB on gliders. Perhaps a central broadcast of FLARM data on ADSB should be considered, and also a broadcast of ADSB on FLARM?

I'm sure a few of my fellow glider pilots would complain, but in practice ADSB to CAP 1391 is quite practical for gliders, current devices work OK and have adequate internal battery life, but a few improvements (such as @gaznav describes) would help, eg:

I have no doubt gliders will continue to use Flarm, there is a massive investment and it does the job needed very well, but I see no reason ADSB could not be added. It is a great shame Gloucester pulled out of the trial - two gliding airfields nearby who regularly pass close to the ATZ and ILS Feathers would have encouraged ADSB fittment.

If more ATZ units had ADSB reception, and especially if ADSB was useable for TMZ or "Class E+Conspcuity" then that would encourage fitment too, better to provide a carrot rather than a stick!

I've been running ADSB CAP1391 alongside Flarm all this season.
dewidaniels, gaznav, Nick liked this

It is SkyEcho compatible apparently? 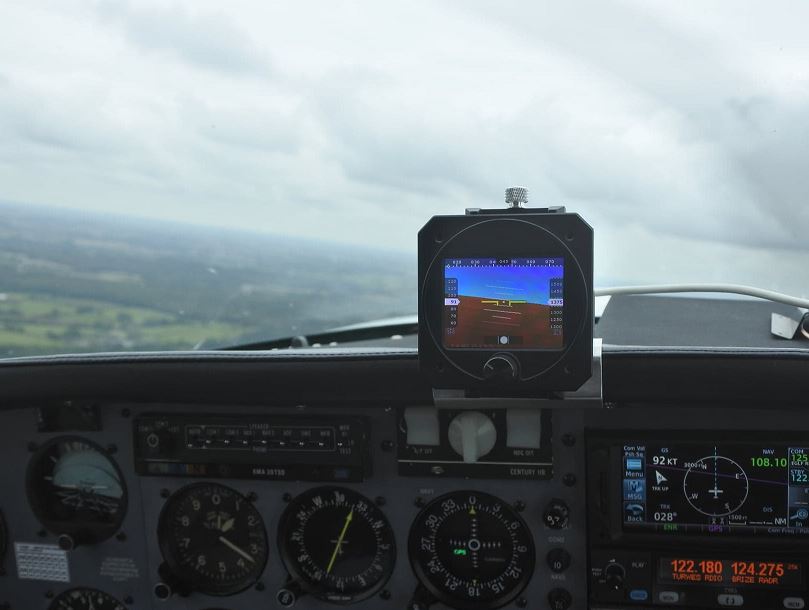 It is SkyEcho compatible apparently?

Yes I saw this at the LAA rally and it looked really good. Unfortunately I only have a 57mm space available and it's currently only available in 80mm format.

Assuming I can get away without needing a Mode S transponder for the new Brize airspace then once they have a 57mm version available (in plan as I understand it) it will be a top candidate to fill the vacant slot in the bottom of the panel! 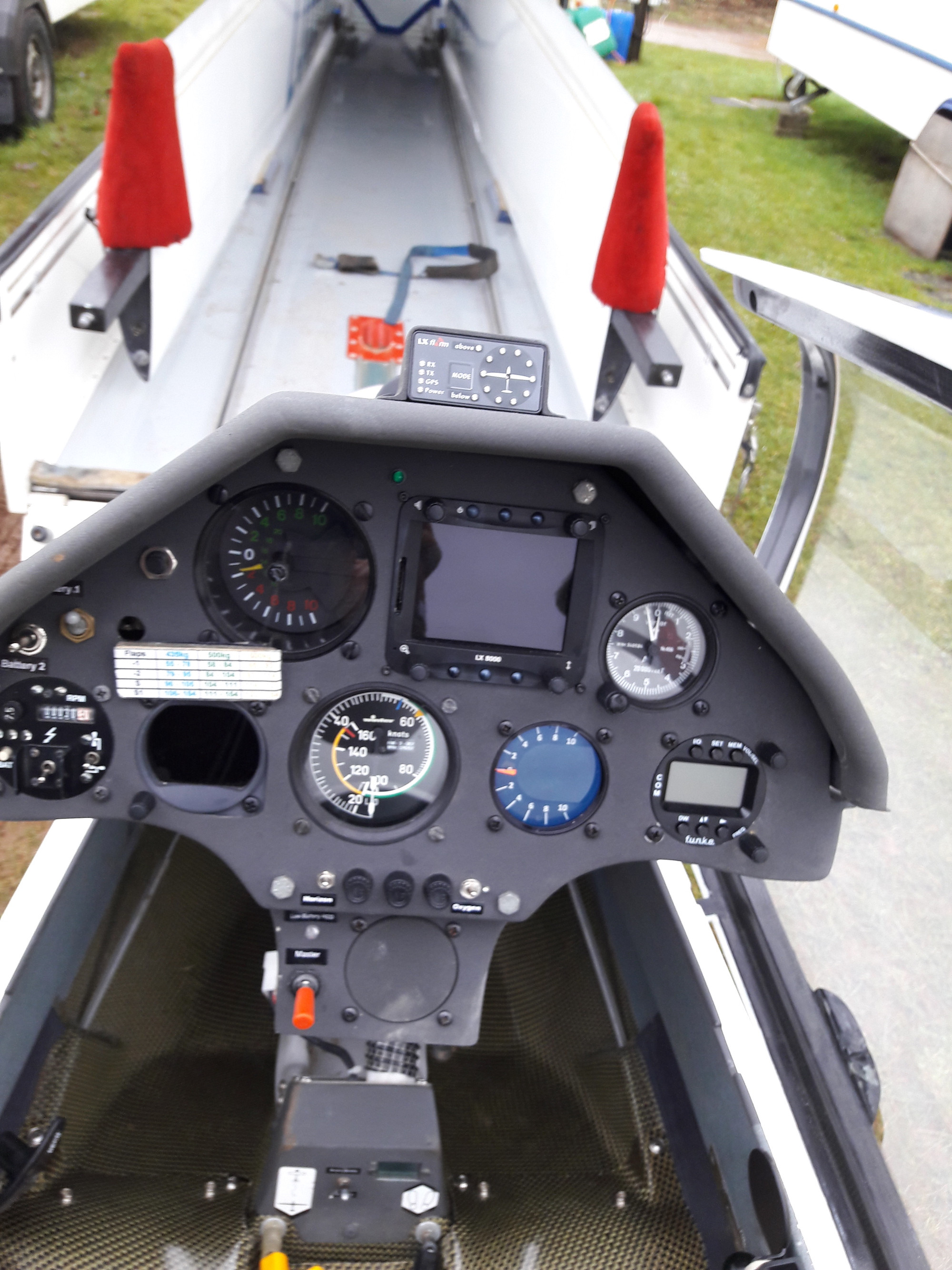 Although it might fit in the vario’s space if you moved that to the vacant hole? I’m not sure they will do a 57mm instrument as the display would probably be too small?

gaznav wrote:Double edit - I’ve just looked and you could connect a TRX-1090 to your LX8000 and get to see ADS-B, FLARM and non-directed Mode S only warnings on the same display. They are about £600ish, though.

Yes TRX-1090 is an option to add ADSB reception to existing Flarm systems, unfortunately the upgrade costs of something like an LX8000 to PowerFlarm is around £1,500 - Flarm has gotten rather expensive!

Much thinking to do over the winter!
gaznav liked this

By chevvron -  Wed Oct 09, 2019 6:59 pm
Like
Wed Oct 09, 2019 6:59 pm #1724127
We seem to have suffered thread creep again; the subject was the traffic display for ATS or A/G personnel but the discussion is aircraft equipment.
Can anyone post a picture of what the traffic display on the ground looks like?
Is there a computer generated map facility?
There's only one 'F' in Fulham

The screen is on the right of the FISO’s position: 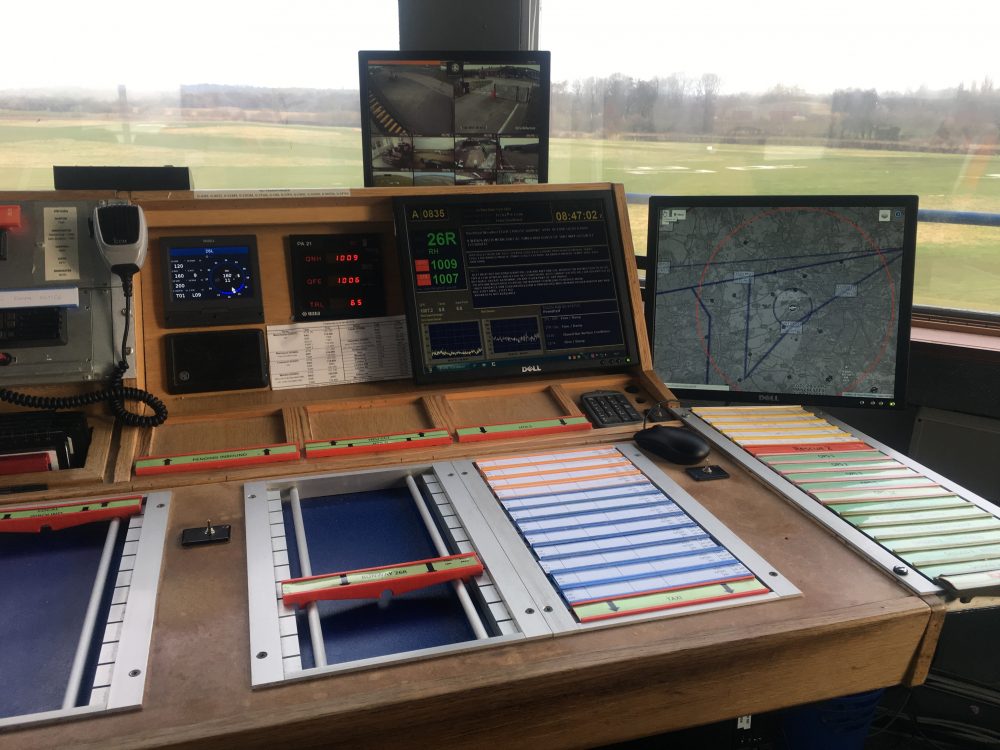