Dave W wrote:Not great for glider people with an existing FLARM investment. However, the other way round works, though: A £30 inc. VAT annual subscription to FLARM via SkyDemon allows glider traffic to be displayed from SkyEcho2.

I suspect there isn't a large enough market for FLARMbridge for it to be commercially viable.

The SkyDemon FLARM subscription provides a cheaper and simpler way of providing direct FLARM reception for powered pilots who don't already own a FLARM.

I own a FLARM and a SkyEcho 2, but I wouldn't buy a FLARMbridge because I have no means of displaying the output from the SkyEcho 2 (I use it to transmit ADS-B only). I already have an Oudie running SeeYou Mobile. None of the software packages supported by SkyEcho (ForeFlight, SkyDemon or EasyVFR) provide the same gliding functionality as SeeYou Mobile, so I'd have to add a second tablet. I don't have room for a second tablet in my cockpit (or the desire to look at another display).

I'm not sure who'd buy FLARMbridge. It could be useful for powered pilots who already own a Classic FLARM, but if they already own a PowerFLARM with ADS-B, I don't see what the SkyEcho would add.
Dave W, ls8pilot, gaznav liked this

Especially for the lower power protocols, putting a possibly mismatched antenna somewhere inside a cockpit with (sometimes) metal skin and a big engine in front means that you'll see some of the targets, some of the time.

Really, you need external antennas to have even a half reasonable chance of success. And you need some form of collision alerting system to be told when you have a problem.

By Shoestring Flyer -  Mon Aug 05, 2019 5:22 pm
Like
Mon Aug 05, 2019 5:22 pm #1710627
One of the problems I see is that ordinary plain vanilla Flarm only has a receive/transmit range of approx 3kilometres which is virtually useless for powered flight electronic conspiquity receive purposes.
SkyEcho2 I understand only has this basic Flarm receive capability.
PowerFlarm though has a receive/transmit range it seems to a much better 5-8kilometres which is fine for powered flight EC purposes.
What I would like to know is does the PAW re-broadcasting system through the OGN-R network increase the basic Flarm receive range, or is it still the same at 3km?

Seeing stuff 10s of miles away is useless in practice - I want to know what's just about to hit me, not who else is up there having fun/earning corn.

Warning of traffic threats 2 miles/ 3km away seems (wet finger...) about right to me for GA speeds, since I don't anticipate tracking other aircraft for minutes in advance just in case they come too close sometime in the future.

Shoestring Flyer wrote:What I would like to know is does the PAW re-broadcasting system through the OGN-R network increase the basic Flarm receive range, or is it still the same at 3km?

Depending on the geographical location of the OGN-R station, how clear the sight lines to the horizon are, the distance to the station that gliders are received can be tens of kilometres. Have a look at the map here and click on various OGN (not necessarily OGN-R) stations to see the area which is covered by that station.

For instance let's take Enstone: (I can't get the links to work, you'll have to copy them into a browser - actually they do work if you click them, they just don't set the colours of the original)

You can see the sort of range they cover.

The flarm is detected at a much greater range as the OGN station has a much bigger antenna which is generally in the clear.
Last edited by Paul_Sengupta on Mon Aug 05, 2019 6:27 pm, edited 2 times in total.
Shoestring Flyer, gaznav liked this

I've done quite a lot of testing, on a couple of different airframes, and looked at the actual data.

Typical glider to glider range for Flarm is a few km. 4km is felt to be pretty good. And that's generally if both are pointing in the right direction (the antennas are typically in the cockpit). If you can put an external antenna on your aircraft you ought to be able to improve on that significantly, but you're still stuck with whatever setup the transmitting glider has. But this is RF, and when everything lines up right, you'll occasionally see something further. But not consistently.

The range for PilotAware / OGNR rebroadcast will be significantly higher for the aircraft to Flarm because you're not seeing the glider directly. However, you do need to see the OGNR station, which could be a long way away - and that means that the results will be patchy if you're using an internal antenna for two reasons. One is that the antenna is affected by the aircraft structure, the other is that the Pi is a bit noisy. So again, a remote external antenna is the answer.

I haven't tested a SkyEcho, but I would expect it to suffer from the same set of problems in picking up Flarm with an additional one, which is that to pick up Flarm they are using an antenna tuned to a different frequency, so I'd expect it to be a bit less sensitive. And you can't add an external antenna, as far as I know.

Gliders should make themselves conspicuous on the universal standard, not expect others to have to detect their niche protocol.

I do agree with the fact that gliders should get ADSB Out, instead of everyone else having to conform with their kit but they will argue the toss that it increases expense, weight and complexity for them. The other snag is that ADSB doesn't give them any collision avoidance guidance, whereas Flarm does and I can see why that is important to them when there's 3 000 of the buggers whizzing around in a circle.

I suppose the most elegant solution is for their Flarm gear to pump out ADSB as well.

FLARM has been around since 2004 and is fitted to a very high percentage of gliders in the UK and the rest of Europe. Affordable, low-power ADS-B out in the form of CAP1391 has only been around since 2018, so it'll take a while for it to become widely adopted.

FLARM does offer a unique collision avoidance capability for gliders, so I think that ADS-B will supplement, rather than replace, FLARM for the time being. It would be very nice if FLARM were to transmit CAP1391 ADS-B out, but CAP1391 is currently limited to the UK, so FLARM probably don't see that as a high priority.

I have both FLARM and a SkyEcho 2 fitted to my glider.

I am in the same position - Flarm and SkyEcho 2 both in use. I would encourage anyone to at get something that receives one or both of Flarm and ADSB. I'm sure ADSB will start to get more common in gliders - especially if ground based systems are rolled out, but in the meantime there are cheap options (eg PAW) to receive both.

Meanwhile I'm still looking for a good display for the ADSB data from SkyEcho, smartphones don't show up well in a glider cockpit, iPads etc are too large. The folks at https://aircrew.co.uk has something close, but I only have space for a 57mm version....

I think little chance of Flarm developing an integrated unit while CAP1391 is UK only.
gaznav liked this

Flarm range varies from 3-4Km to 15Km+. It is sensitive to antenna placement and also what the aircraft structure is (eg carbon fibre vs GRP). Most gliders have the antenna on the canopy coaming, so you should get best reception in a head one case, and probably the worst if you are overtaking from behind and below.

Since head on is most difficult to spot this seems to work OK for glider:glider - but does really depend on having something that will give you a verbal/audible warning - looking at a display is not going to give you a timely warning when you really need it.

OGN will give you a larger range I guess - ground stations seem to spot targets 30+km away, which is pretty impressive given the tiny signal power of Flarm.

Stand aloneADSB like SkyEcho is orders of magnitude more powerful than Flarm. Looking at the ground track of my flights from FR24 seems to indicate that there are no major problems with shielding from the (carbon fibre) fuselage even with a canopy mounted device.

The SkyEcho is always mounted on the canopy of the Condor (which is mostly wood/fabric) or on the pseudo-bubble canopy of the Chippy (with a bit of ironwork in the way).

@PaulisHome
I’m pretty sure that the SkyEcho 2’s secondary FLARM antenna is optimised for around 868 MHz or 978 MHz for UAT. The main antenna at 1090 MHz is obviously for ADS-B In/Out. The uAvionix team may be able to confirm that, but there is definitely two antennae inside the little white box of tricks and the developers told me they spent a lot of time and effort getting the antennae to perform as best they can.

gaznav wrote:On my SkyEcho 2 I normally see FLARM at around 3-6 nm. Unfortunately, I don’t know if they are Classic FLARM or Power FLARM - the only ones I do know are the ones fitted to the RAF Tutors, which is Power FLARM, and I normally see them 5-6 nm away.

I suspect the Tutors have external Flarm antennas, so that makes sense. Tutors are usually fairly easy to see on my kit. The issue with gliders is that almost no-one uses external antennas.

Flarm range is usually very dependent on the relative orientation of the two aircraft with internally mounted antennas (especially when there's lots of carbon fibre around). Fairly easy to tell this by seeing what appears on the display when you're approaching someone from behind and below, for example.

All this doesn't stop Flarm working at short range (which it does, well). What it does mean is that you have to think hard about the installation in any particular aircraft. 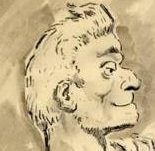 Seeing stuff 10s of miles away is useless in practice

Took off of a few weeks ago, got in the air to see PAW/SD showing masses of gliders all along my planned route. Did an on the fly re route in SD to a route staying well clear and never saw a single glider with the Mk1.

Yes I could have followed my originally planned route and been warned when close, had my eyes out on stalks and no doubt a few uncomfortable moments. But knowing of them well in advance allowed for a far safer and less stressful reroute.
Paul_Sengupta, kanga liked this