The weather is set to be turning colder through the weekend and next week. That means falling freezing levels and an increased risk of icing. It’s going to be rather misty and murky in many areas too.

It’s another Aviation Weather School (Part 1) course on Saturday, and if you’re coming along get ready for a fabulous day of weather!

If you have not been to Weather School yet then you don’t know what you have missed! All of my courses are currently full but I am preparing new dates and will announce them shortly. To have your named placed on the waiting list to be notified first, and if places become available, just send an email to simon@weatherweb.net To find out more about what we do at Aviation Weather School see http://www.WeatherSchool.co.uk

Remember too that Weatherweb Premium also has lots of weather wisdom and is continuing to grow with more pilots joining every week. There's stack of weather information, forecasts and learning to be found on the website and you can try Weatherweb Premium completely free at http://premium.weatherweb.net/become-a-member/

SATURDAY
----------------
Low pressure over western parts of the UK on Saturday. Weak fronts are rotating around the low and these will be bringing plenty of cloud with them.
There will be areas of rain and drizzle, especially in the morning. Most of the rain through the eastern Midlands and eastern England, another area of rain into Wales, southwest England and southwest Scotland.
Plenty of mist and murk around over much of England, Wales, southern Scotland and Ireland with some early fog patches too.
Northern Scotland should be fair with sunny spells, and it may be reasonable in central Ireland too.
Winds SE 12-15kt (F4-F5) in the east, variable, mainly S-SW 8-12kt (F3-F4) in the west. 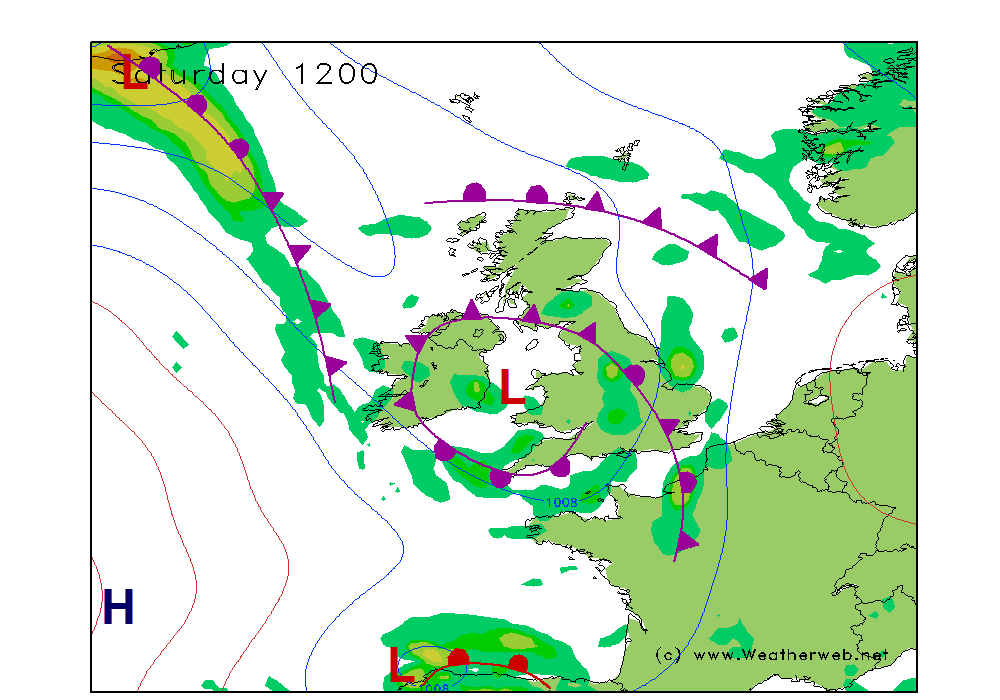 SUNDAY
-------------
A weak ridge of high pressure in the southeast on Sunday. An occluded front pushes through Scotland and into the west of the UK as a ridge of high pressure then builds into Ireland.
Broken cloud and some mist or fog patches in through the eastern Midlands, East Anglia, central southern and southeast England. These only slowly lifting to allow for broken cloud and a few bright spells.
Increasing cloud in the north and west as the front moves in, although it will be weakening all the time. It will produce periods of patchy rain over Scotland, northern England, Wales and southwest England. Drier weather follows from the west although some showers into western Scotland.
Winds variable 5 to 8kt (F2-F3) in central and eastern areas, N-NW 15-18kt (F4-F5) in the west. 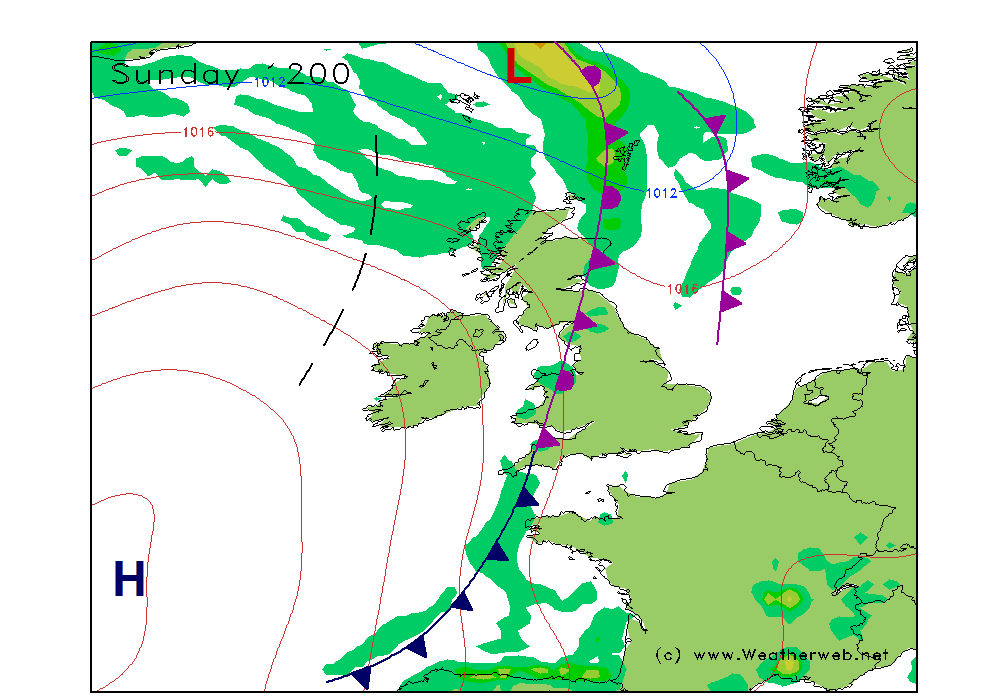