:thumleft:
A le Ron liked this
I add a little excitement, a little spice to your lives and all you do is complain - Q 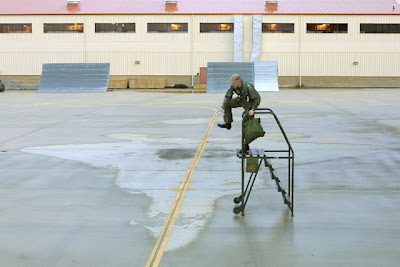 1. On one of their profiles they would be within UHF radio range of ATC for a few minutes every hour or so. The game of the day was Battleships; ATC normally won, something to do with it being a team effort not hindered by a space suit.

2. Spotters often note that the aircraft which gets airborne at about 0700 in the morning isn't necessarily the one that comes back later in the day.
Fly Safely

patowalker wrote:That's the point. Why publicise U2 flights from a British Overseas Territory?

U2 operations from Akrotiri over Sinai ('OLIVE HARVEST') have been a publicly acknowledged operation since (or very soon after) they formed part of the ceasefire and then peace accords between Israel and Egypt after the 1973 ('Yom Kippur') War. Images are shared fully and equally with both sides. [I was marginally involved in the early assessment of the technical feasability of that operation.]

Whether, of course, U2s operating from Akrotiri have engaged in any other operations has, as far as I know, never been publicly acknowledged by UK or US authorities since; but operations over, eg, Kosovo have been alleged. Happy to be corrected.

UK Task Force commanders were well aware of the Argentine C130 night flights to Port Stanley, not being fooled by the daytime 'dummy' earth on the bomb craters in the runway. It was on a returning one of these that downed S/Ldr Glover was brought to the Argentinian mainland, where his presence was publicised; the only UK PoW of that conflict. There was some successful interdiction which became effective deterrence

If you can see an aircraft in this photograph, it doesn't exist.

It's likely to be an effect of photo-stitching.

When a photo covering one square was taken, the aircraft's shadow was there. Then after a delay, the adjacent square's photo was taken. This time the aircraft had moved. When the photos are stitched together, only its shadow remains.

Here's a similar effect at JFK: https://www.google.co.uk/maps/place/Joh ... 73.7781391
If we don't take part in protecting GA access to infrastructure, the smaller aerodromes will be built over, the larger aerodromes will have exorbitant handling fees and awkward procedures, and airspace will be over-classified to Class A everywhere.

The morning departure from Akrotiri during the short period I was there often headed off south west.
Two days after we returned to the UK, the USAF bombed Tripoli.
You work it out.
kanga liked this
There's only one 'F' in Fulham

This is the event I remember:

The documents, which did not specify what the 2008 flights were monitoring, revealed Britain feared that if the imagery from the flights was used by the Lebanese army to capture and mistreat suspects, Britain could be seen as complicit.

British officials were also concerned that the Lebanese request for the intelligence flights, known as “Cedar Sweep,” had come solely from Lebanon’s Defense Ministry without endorsement from the government as a whole.

At school I learnt in the morning that 'las Malvinas son argentinas' and in the afternoon that 'the Falklands are British'. I won't admit my first reader included 'Perón cumple' and 'Evita me ama', because that would date me.

But not greater than Darren Gough/Freddie Trueman.
There's only one 'F' in Fulham

And what about Geoff Boycott?
gasman liked this