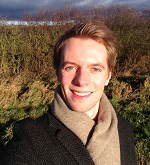 Last month I had the chance to go flying in the US for the first time, and I wrote a quick post about the process I had to go through to convert my EASA PPL to an FAA equivalent. Maybe it's of use to someone here!

There are a few pictures taken in the Las Vegas area too.

Thanks for reading!
ryana178, Tall_Guy_In_a_PA28, PeteSpencer and 1 others liked this

I know you didn't mean that, so am pointing it out in case you want to edit!

Thanks for the handy post, @george7378. I'm going to move it to the Licensing forum and make it a 'sticky', as it is bound to be helpful to others in the future.
Dave W
Want Going Foreign Info? (v4.51 4/17) ... French RT kneeboard
Class Rating Reval. by Experience PDF (v1.6)...
VFR RT Reference... LAA Permit Renewal Test Card

Thanks Dave - glad you think it's worth a sticky!
Dave W liked this

By Gustosomerset -  Thu Aug 09, 2018 8:53 am
Like
Thu Aug 09, 2018 8:53 am #1629980
Iceman states above that: "the 61.75 route...gives you an FAA licence based on the privileges of your EASA licence." This, it seems, is a very common misconception - particularly amongst many I've spoken to who really ought to know....
I recently posted a question about this point on another forum and thought the conclusion might be of interest here also. In fact the 61.75 certificate gives you (potentially) much more than that.
In a 2014 legal judgement (not since superseded) the FAA are very clear that 61.75 'piggy back' certification, based on a foreign (i.e. EASA) license DOES NOT restrict the holder to fly only those types for which he or she is rated on their EASA license.
Instead, it confers the FAA privileges of 'an airplane category rating' which, in the case of light helicopters (this being my specific area of interest) is 'any under a gross takeoff weight of over 12,500 pounds'. Note, however that this applies only to N reg aircraft (wherever flown).

I imagine this could be very useful to anyone wishing to fly multiple types without having to go to the expense of gaining and maintaining multiple type ratings under EASA rules.

The link to the legal judgement is here: https://www.faa.gov/about/office_org/headquarters_offices/agc/practice_areas/regulations/interpretations/data/interps/2014/grossman-delvag%20luftfahrtversicherungs%20-%20(2014)%20legal%20interpretation.pdf

By Gustosomerset -  Sat Aug 18, 2018 4:44 pm
Like
Sat Aug 18, 2018 4:44 pm #1632108
Iceman - did you read the legal judgement in the link above?
It concerns an insurance claim by someone who was flying a fixed wing aircraft on a FAA 61.75 certificate for which he did not have a rating on his 'foreign' (German) license. The critical section, I believe is: "...the FAA has not considered the absence of a rating as a restriction on a person's pilot certificate."

Many people seem to misunderstand the difference between 'limitations and restrictions' and 'ratings and privileges' in this context, and therefore assume that the 61.75 certificate limits the holder to the type ratings on his or her 'foreign' (e.g. EASA) license.

The legal judgement is very clear in explaining this difference and that, therefore, the 61.75 certificate can confer privileges beyond the specific type ratings of the foreign license on which it is based, when flying N reg aircraft (of whatever type) anywhere in the world.

By Qalupalik -  Wed Aug 22, 2018 6:36 am
Like
Wed Aug 22, 2018 6:36 am #1632814
Gustosomerset I am delighted to see that these interpretations are receiving greater exposure. They are not however administrative law judge decisions, or legal judgements as you call them, but opinions issued by the Office of Chief Counsel for FAA.

The originating interpretation on this theme, referred to in the linked Grossman opinion, was given to Andrew Krausz on 22 Mar 2012 by Rebecca B MacPherson acting as the Assistant Chief Counsel for Regulations. The important bit from that opinion is:

There is an open question on how expired ratings, still listed in section XII of both the ICAO-compliant licence and the US airman certificate, are treated. For example, as all pilots who acquire a fresh 61.75 certificate learn (sooner or later), the successful completion of an FAA-sponsored pilot proficiency award program or a flight review, absent some qualifying proficiency check or test from a US examiner, is required by 14 CFR 61.56 prior to acting as pilot-in-command. This position has been clarified in an interpretation to John D Collins of 4 Apr 2013 given by Mark W Bury as the Acting Assistant Chief Counsel for International Law, Legislation and Regulations Division:

In your letter, you cite the language in § 61.75(b) indicating that the holder of a foreign
license issued by a contracting state to the Convention on International Civil Aviation may
be issued a U.S. private pilot certificate based on the foreign pilot license without any
further showing of proficiency. This language should not be viewed as extending beyond
issuance of a certificate to other regulatory requirements such as flight reviews under §
61.56 or recent experience requirements under § 61.57. Section 61.75 speaks only to
demonstrating proficiency for the purpose of obtaining a U.S. certificate, not requirements
for serving as pilot in command of an aircraft once a U.S. certificate has been issued.

In fact 14 CFR 61.56 is not relevant to the topic and I have used this Collins interpretation purely to draw in the issue of 14 CFR 61.57: Recent flight experience: Pilot in command. Take for example the instrument experience required by 14 CFR 61.57(c). There is no question that this paragraph applies to 61.75 holders whose certificate includes an instrument rating. But if it applies, does it apply to the exclusion of the limitation on the validity of the foreign instrument rating? In her interpretation MacPherson offers further relevant insight:

While 14 C.F.R. 61.75 does incorporate the limitations and restriction "on the person's US
certificate and foreign pilot license," (emphasis added) that language refers to the scope of
the authority reflected by the certificate itself. In other words, the pilot is subject to the
restrictions and limitations that appear on the face of the US certificate or foreign pilot
license. The language does not include the entirety of regulatory requirements of the foreign
State since the holder of the § 61.75 certificate is bound by the US regulatory requirements to
exercise the privileges of the US certificate. The FAA views that language as addressing the
limitations of the sort FAA uses, e.g., "not valid for night operation," where the individual
has not completed the night training requirements.

Most, (including some highly qualified EASA and FAA instructors), seemed to think (as here) that the FAA certificate simply replicates the privileges of your EASA licence - which seems logical on the face of it but is simply incorrect. As you point out though, it then gets a bit more complicated. From what I have understood and briefly taking your key points in order:

Opinions
You're quite right, the quoted texts are legal opinions, not judgements. My mistake. However, I assume (but don't know) that they were sufficiently authoritative to secure the desired outcome in both cases?

Validity
You say: "...some qualifying proficiency check or test from a US examiner, is required by 14 CFR 61.56 prior to acting as pilot-in-command." I agree and my understanding of this is that (as set out in the Grossman opinion) in addition to the 61.75 certificate, a pilot is required to have 'an endorsement in his or her logbook as prescribed in 14 CFR 61:31. - which in turn boils down to "...to have received training...appropriate to the pilot certification level...and an endorsement for solo flight in that aircraft from an authorised instructor."

To be clear 'a US examiner' does not necessarily mean 'an examiner in the US', merely one suitably FAA qualified anywhere in the world.

Revalidation
You say: "It is not at all clear whether ratings listed in section XII of a US private pilot certificate issued under 14 CFR 61.75 depend upon the validity of their 'parent' ratings as recorded in the certificate of revalidation."

I'm no lawyer, but I guess that, logically, the 'parent' license would have to remain valid (via the revalidation of at least one type rating) for the whole concept of the 'piggy back' license to make sense. Or, as you put it, '...an expiration date given on a certificate of revalidation constitutes a limitation on the foreign license.' But, as you say, I can't find any definitive judgement on that point.

Meanwhile, I am assured by a UK based FAA authorised instructor that a significant number of pilots are now using the 61.75 certificate, along with the required logbook endorsements, to fly N registered aircraft in the UK for which they do not have (or need) EASA license based aircraft type ratings. I have to say that I remain surprised that a) this is the case and b) so many people remain ignorant of the facts, given their potential significance for those wanting to fly different aircraft types in the UK.

One further point made in the Grossman opinion is that "Our conclusion in no way limits another country's ability to impose other pilot certification requirements for flights operated within that country's airspace." I wonder if any country has imposed any such restrictions? I can't help thinking that if the CAA recognised the implications of all of the above, they might well try to do so...

Contrary to what I had assumed in my reply above, I am reliably told that the revalidation of the type ratings in the 'parent' license are irrelevant to the validity of the 61.75 'piggy back' license. The requirement is only that the license itself remains valid (which, being not time limited is not hard to achieve) so long as, where required, a valid medical supports the license. So, again, an EASA type rating that has not been revalidated does not constitute a limitation on the EASA license such that it limits the validity of the 61.75 certificate based upon it.

Note also that the logbook endorsement discussed above needs to be re-validated every 24 months.

SEP = SEP for them

So BFR (I know its called different now) on J3 Cub and next flight is on PA46 is no problem (providing HP/Pressurization/Retract sign-offs in logbook at some point in the past)
Frank Voeten
Emails to first name.lastname@nhs.net