About fifteen minutes or so after levelling off in the cruise, the engineer in the right seat commented that the right tip indicator had packed in and was reading zero. I said he'd have to sort that out back at base. Clue missed.

Ten minutes later the engine starts to surge. I immediately switched the fuel boost pump on and check fuel selector. Right tank is selected and there's plenty of fuel in it. Engineer says he suspects a fuel flow problem or over lean mixture. EGT high. Mixture returned to full rich and carb heat on. There's a definite improvement. Boost pump switched off. Engine stops.

Pump back on. Left tip selected and we start to breathe again.
On landing the right tip is empty. Fuel selector found to be a bit vague . On right tip when apparently indicating right main.
Pilot changing his name to Homer.

Why though do you fly the mains empty before the tip tanks?

Seems counterintuitive on a PA32.
Frank Voeten
Use email please rather than PMs 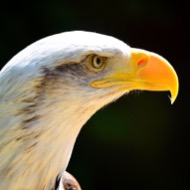 Is that Piper POH SOP or own SOP?

It is some time since I flew an older PA32 with the omniselector for each of the tanks but cannot remember that sequence from the POH.

My home grown SOP is not to rely on fuel which has to be transferred from somewhere else by means of a pump, when no other fuel is available.

I.e. in the Maule I would transfer the wingtip fuel to the mains as soon as there was enough space in the main tanks.
Frank Voeten
Use email please rather than PMs

I'm out of my depth here