If you speak English well then I think you just need to have an informal chat with a CAA examiner, otherwise I suppose a formal course assessment and test is required of which I know nothing.

The problem may be that CAA flight examiners can only grant level 6 proficiency.

But that is the highest level attainable.

By Instructor Errant -  Fri Aug 10, 2018 11:34 pm
Like
Fri Aug 10, 2018 11:34 pm #1630478
Both flight examiners and FRTOL examiners (but strangely not ground examiners) may conduct informal ELP assessments as long as they themselves have been assessed as Level 6. If the assessment results in below Level 6 then the applicant will need to seek a formal assessment by means of a CAA Approved Language Assessment. This is so that native English speakers can efficiently be assessed as Level 6 in a relatively straightforward manner; although there has even been comment on regional accents recently!

There is a lot of guidance and the CAA have been tightening up on this issuing further guidance in March this year.

When I conduct an informal assessment and it is clear that the applicant is not Level 6, then Mayflower College have been helpful and offer the TEA.
PPL | IR(A) | FI(A) | IRI | GR(A) | RTF Examiner (A)
http://www.andrewsaviation.co.uk

Please note that a valid language proficiency assessment invalidates an FRTOL and will delay any subsequent licence request.

All non-native English speakers should be referred to a UK CAA Approved Language Assessment.

I have alsaays read your issue you raised in your econd sentence as a typo by the CAA.
PPL | IR(A) | FI(A) | IRI | GR(A) | RTF Examiner (A)
http://www.andrewsaviation.co.uk

By Sir Morley Steven -  Sun Aug 26, 2018 9:10 am
Like 3
Sun Aug 26, 2018 9:10 am #1633707
I got into a fight with the CAA about this. A student was assessed at level 6 by the RT examiner, the FE and by us. We are a language school and Standards doc 31 lists us.
Buy he was told because he was a non native speaker he had to go to a language school (not us, it seems). There is some “guidance” on the CAA site (in the commercial section) which doesn’t seem to refer to any rules but says non native English speakers need to attend a language school (it isn’t set out in very good English ironically so it is a little confusing). I pointed all this out but the woman at the CAA dug her heels in. I escalated it to Tony Rapson and my student got the following call “hello I am from that CAA, say something in English”. “What do you want me to say?” “That’s good enough, you are level 6”
This is gold plating at its most absurd level and needs to be addressed.
Instead of prosecuting paramotor flyers who get too close to Stonehenge maybe the CAA should get their own house in order.

A post script to this. A week after receiving his licence this chap got a call from the CAA saying his licence was being cancelled as he couldn’t speak English. It got sorted but it shows a worrying culture within the CAA.
flybymike, Instructor Errant, FlyingAnt liked this
CPL IMC FI (A) FE and owner of Blackbushe Aviation flying club

I hold a British Passport and have worked for two major international airlines for the past 10 years as cabin crew and other flight supervisory roles.

I am absolutely baffled by the fact that I need to seat an English language proficiency exam.

Each case in my opinion should be assessed individually. This whole process is not only time consuming but it is also psychologically and financially draining.

In my former professional life, among other things , I spent 25 years as an Examiner for the Professional Linguistics Assessment Board of the General Medical Council which was charged with ensuring that (Non EU) International Medical Graduates (IMGs)of non-British medical schools who by and large were not native English speakers who wanted to come and work in UK hospitals (mostly the NHS), could speak normal medical English and possessed basic medical skills, equivalent to a British Medical graduate at the end of his/her first year post qualification. (Foundation year one).

Initially EU graduates (eg Italy, Spain) got a 'bye' past this test because of EU non- discrimination rules, but this was quickly thought to be crazy. (By the same EU rules I could go without a Spanish test and practice in Spain- I can't speak a word of Spanish).

Then graduates from the newer EU member countries started turning up on our shores with seriously inadequate English, mistakes were made and at least one death occurred.

Sooooo EU Doctors suddenly (quite rightly IMHO ) were required to sit the PLAB exams, like the rest of the world's IMGs (one written, and one objective structured clinical exam- a 'practical' by any other name.)

There followed howls of protest from the EU because English doctors didn't have to sit the English Language PLAB test, (doctors that on the whole were born brought up and educated in the UK) and this was judged to discriminate against EU doctors.

So, guess what? To appease the EU, it has been decreed that British Medical Graduates have to sit the same test. Mercifully it has been incorporated into their Final qualifying medical exams.

So Daniel : don't feel too hard done by:
Even the English have to prove that they can speak English sometimes.

I am an EASA language proficiency examiner (all licences except UK).

I have in the past had pilots barely obtain a level 4 from me, then promptly go to a UK flight school and get a level 6 in the UK radio exam.

Having seen many "level 6" holders, I can understand the issue the CAA is trying to resolve.

As we often say over here in France : "there is Level 6 and Level 6".
Exercices gratuits pour se former à l'examen FCL055 - http://www.lingaero.com 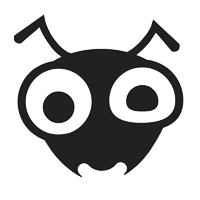 By FlyingAnt -  Mon Oct 08, 2018 10:26 pm
Like
Mon Oct 08, 2018 10:26 pm #1643340
To my surprise, I've heard of the "new regulation" just two days ago during my RT test. I thought it's not a big deal and I can pass it this week., but... not that easy. Only two schools in the UK? 4-hour drive one way and £160 for someone to check if can speak English? Why not have English test prior QXC or even before starting the training. The most annoying part here is that I have done all my tests and hours, but won't get an RT license unless visited Bournemouth or Plymouth.

Called CAA today and they were unable to clarify why there is no information on their website and why I'm informed about this after have finished my training and not before?

On another hand, I do agree with the test, but not two schools across the UK and a £160 fee!

By Cyrus -  Tue Dec 11, 2018 4:46 pm
Like
Tue Dec 11, 2018 4:46 pm #1657045
Hello all. Doing my PPL at the moment. French native, having lived in the UK for 12 years. My instructor thinks I am level 6 but the school examiner says that because I am non native, I have to do the test. Looking through various website, I couldn't find where and when to do this test. I found some fixed dates in bournemouth (like 4 dates/year), which wouldn't be convenient at all for me as I am leaving the country in 3 months

Can someone advise on this?