Where have you been? What have you seen?
Topic locked
Toggle signatures

So, FLYER has teamed up with navigation app guys SkyDemon to run a light-hearted, fun competition for the most interesting and well-planned flight.

You can use SkyDemon, paper charts or whatever method of flight planning you normally use but we need to see a line on a chart (of course, a magenta line from an app’s screenshot is perfect), a PLOG and a weight & balance calculation. Feel free to include as much detail as you like, with additional words and screenshots. And don’t forget to tell us why you’ve chosen this particular trip.

The winning entry in the FLYER SkyDemon Flight Planning Competition will receive a year’s subscription to SkyDemon (or an additional year if you already have one) + a year’s free membership of The FLYER Club with all its built-in benefits. It will be judged by the FLYER team based on the dual criteria of which trip sounds most appealing and well-planned. The competition will end at 12 noon, 8 June 2020.

Entries to be made on this special section on the FLYER forum, below.

Islands have always held a fascination for me, and whilst for most people they are time-consuming to get to, that's not so for the likes of us - if they have a runway.

So my Fantasy Flightplan is to visit as many islands as possible on a single trip (I expect over 3 or 4 days - don't want to rush) around the Southern UK, the Channel Islands and the islands down the French coast. 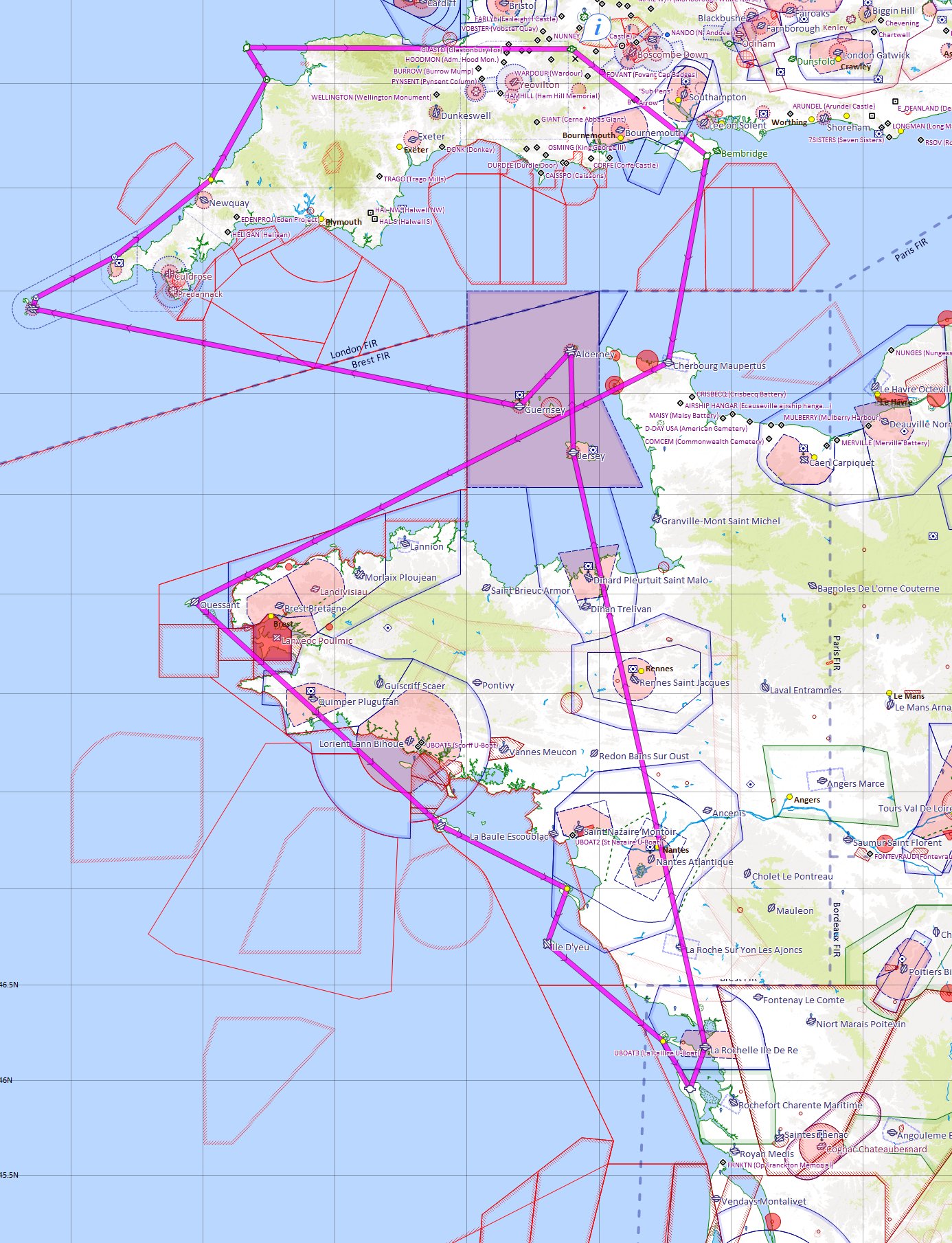 Starting at my home strip, the first leg is an easy one; flying the well-beaten path to Sandown for breakfast. From there, we cross the Channel to clear Customs at Cherbourg after which we head towards the most North-Westerly of the French islands, l'Isle d'Ouessant (833m of tarmac).

102nm South East then brings us to Belle-Ile (660m tarmac) just off the coast of the delightful Quiberon peninsula, and from there we head to the Ile de Noirmoutier. We turn overhead as there's no airfield here - and it's not always an island anyway since the tide cuts it off twice a day (and, cheating, there's a road bridge from the mainland.)

Only 18nm South-ish, though, there is a true island with an airfield: Île d'Yeu (1,223m tarmac and 575m of grass)). Once we've had our fill, it's Southwards again over the Île de Ré offshore from La Rochelle and on towards l'île d'Oléron and its 520m grass runway.

Now it is time to turn for home, so dropping into La Rochelle/Île de Ré airport to clear Customs outbound we make tracks for Jersey, passing over several small islands in the Golfe de St-Malo and checking out Mont St. Michel on our right.

Jersey, Alderney and Guernsey complete the Channel Islands set before a long overwater leg from Guernsey to the Scillies where we arrive at St Mary's before (if the aircraft and airfield both allow it) we drop into what looks like a delightful short strip at the Tresco heliport.

Leaving Tresco, track up the Northern Cornish coast before coasting out at Hartland Point to the National Trust managed rough-ish airstrip on Lundy. This is the reason we've done the whole trip without the aircraft spats fitted.

And that's it - home for tea and medals.

SkyDemon will be used again closer to the time for detailed planning, weather, NOTAMs, phone numbers, and to decide where best to load up with fuel - we don't want to be too heavy for some of those shorter runways, especially since - naturally - the weather throughout has been booked to be glorious, which means hot.

We'll also be tweaking some of those straight magenta lines so that they don't go through, or quite so close to, a few of those red areas on the chart.

It's a trip many light GA aircraft can accomplish (except perhaps for the final two islands), and at typical speeds it is about 15 hours or so of flying for most of us.

Fabulous. Who's coming along?

(I note that the Rules ask for a PLOG and a W&B calculation. I could do that but to be honest it's a multi-leg trip so W&B will change on every leg (as I buy easily transportable souvenirs along the way. Hic.) and the the PLOG will bore everybody: Since SkyDemon calculates it automagically anyway you could just as easily create it yourselves.

(Which I wouldn't anyway - not having met the rules. 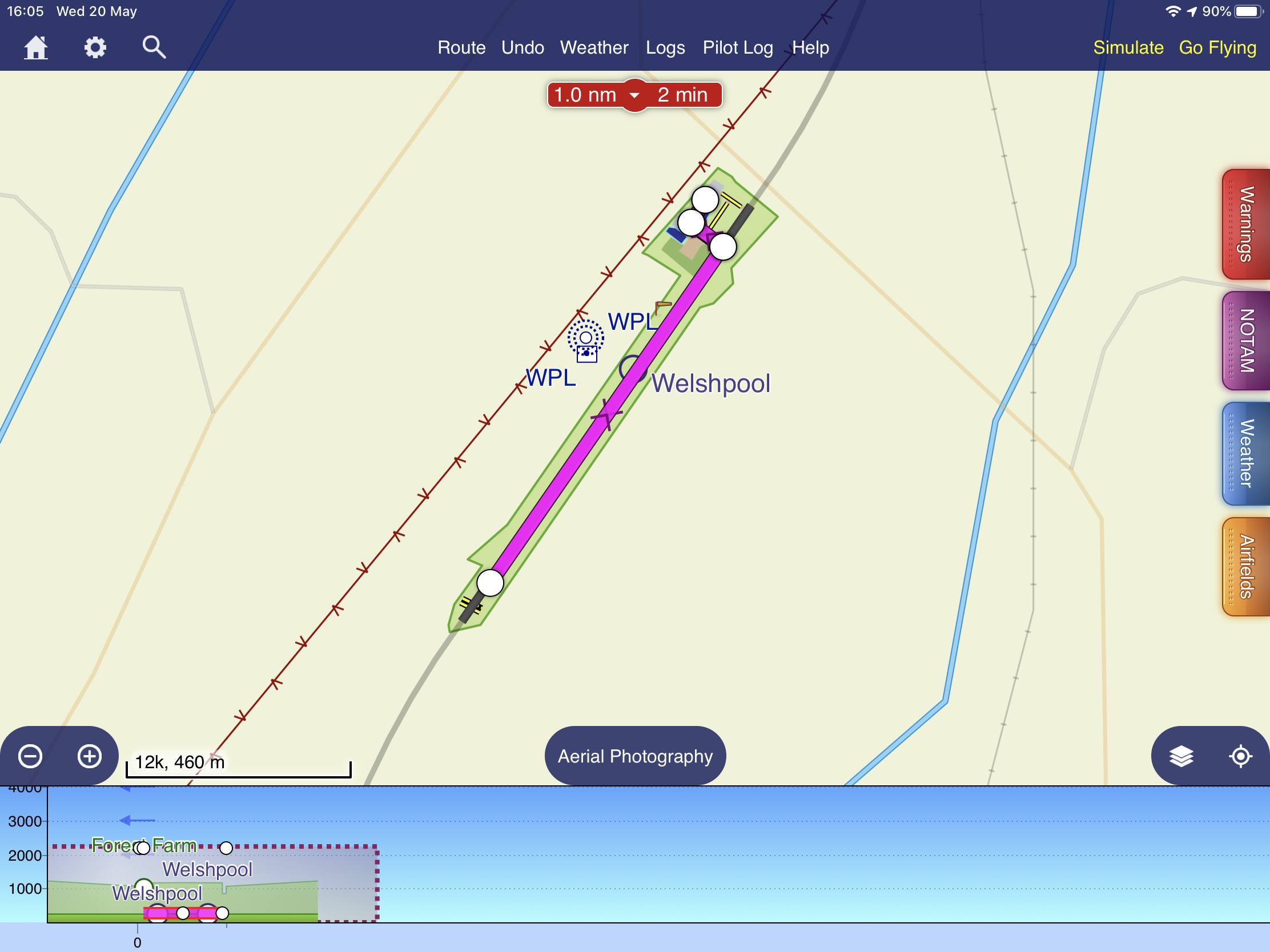 johnm wrote:This might work better if folk knew how to capture the Skydemon screen perhaps a little how to would be good?

@johnm, to get a screen shot on your iPad at any time, press the power button and the front-panel screen button simultaneously. You should hear a photo click and the picture ends up in your picture area. Then post the picture using the normal forum picture upload facility. If you’re using a PC, then that’s slightly different.

To capture just the active or foremost window, press Alt+PrtScn. (If you’re on a laptop, you might have to also tap Fn at the same time.) The image will get copied to your clipboard for you to paste wherever you want.

To capture something that normally disappears when you press the Alt key—like a drop-down menu—press Ctrl+PrtScn instead. 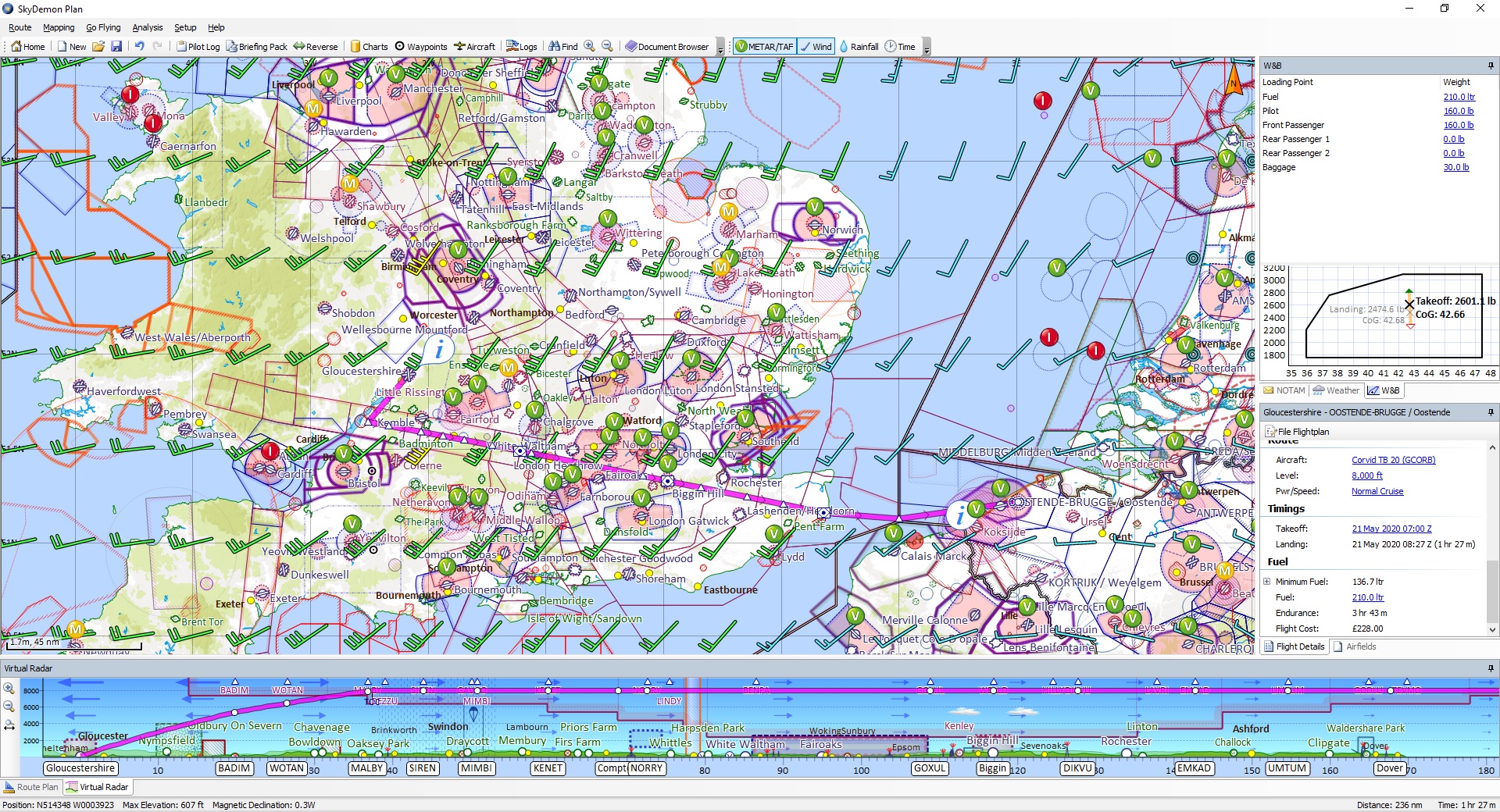 Technoklutzery this end...
Life is short but I still fly slow 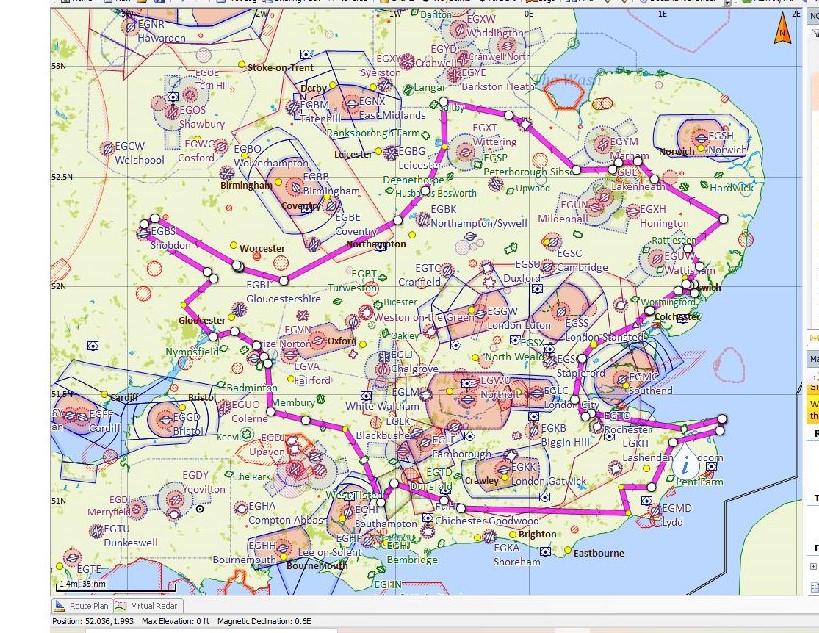 Ahh, I wasn't using a jpeg, thinking an attachment would do.

Life is short but I still fly slow

By deano5012 -  Mon May 25, 2020 5:31 pm
Mon May 25, 2020 5:31 pm #1772178
Our plan is for us three PPL holders to do a flying tour of the north with an overnight stay at Glenforsa. By making numerous stops we have kept each leg to a comfortable duration and can change P1 so we all get some really good flying experience in many differing types of airspace and terrain.
From Fife to Inverness and Glenforsa we will file a flight plan as flying over sparse countryside. Contingent airfields will be added to the plan.
The Spreadsheet is designed by me to allow us to consider P1 times/fuel/costs and of course the wind impact on times & fuel required and is used very much in conjunction with SkyDemon. The data is now historic as Coronavirus has scrubbed the whole but the plan remains and we will revisit it and make the trip when we can.
I can supply the SD flightplan file if required but can't uload it as says invalid extension. 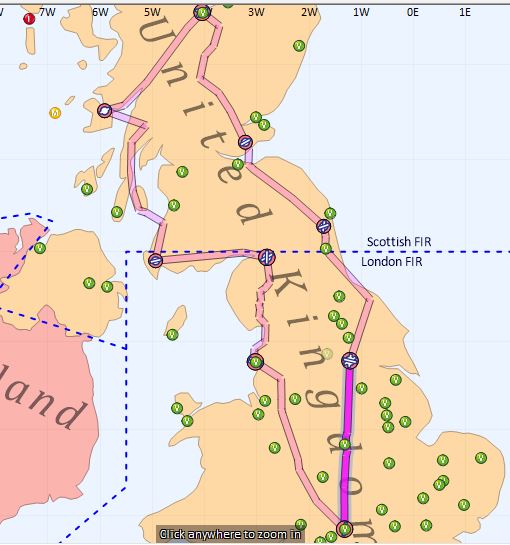