What are you planning? Where shall we go?
Reply
Toggle signatures 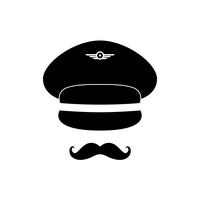 By maxalpha -  Sun Apr 11, 2004 9:00 pm
Like
Sun Apr 11, 2004 9:00 pm #73646
Fellow aviators and aviation enthusiasts I am afraid that due to matters outside of our control the vintage aircraft club event on Saturday 17th April 2004 has been cancelled, we will post a further statement of the reasons why in the next day or so. But we may need your help to save future events at Turweston so please watch this post. If you could pass the word around about this it would be appreciated 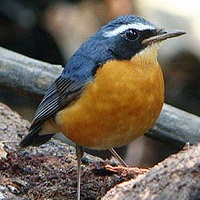 We moved from Finmere due in part to safety issues and at the time the runway was breaking up to an extent that some people would only visit if the grass was available.

The safety issue followed the construction of the bypass which altered the drainage and reduced the amount of parking space alongside the runway.

Also this wasn't helped after Auster 6 G-ARHM (the based one) went through the fence on the left of the runway and the implications of what could have been if he'd gone right and into the parking area and as such a safety gap was then left in the parking area at about the mid point which in turn lessened the parking area even more.

The move to TW was not appreciated by many of the "old guard" initially but now seems to be quite a popular place for our event. (Still one or two who don't like it but you'll always get people like that who will object to change).

This action against TW has been quite a blow and efforts are in place to tackle this and many letters are being written by members and other interested parties - not only on the fly-in issue but also the restrictions in general on the airfield. (Further details can be found on some other Forums)

The action of the NIMBY's is having an impact ob the day to day running of the airfield too... There are days when they have closed because the movement limit has been reached...! How can litterally one or two people have such an effect on so many people is utterly staggering.

The cancellation of the event hit a number of people who'd made plans for the day including those of us who are non-flyers. I was glad that it wasn't my weekend for me to have my children. If it had been and I'd rearranged their care arrangements I would be even more angry than I was on the day. When I was told on the Monday before the event I thought it was a sick joke or a leg pull...

Part of the objections for moving away from Finmere, apart from the Club history, was the departure from grass roots sort of airfield fly-ins. As such we hold several "Members Only" events at private strips during the year so we can cover both camps as it were.