Why shouldn't a ballet dancer retrain for a career in cyber?

Why shouldn't a ballet dancer retrain for a career in cyber?#1802470

By eltonioni -  Tue Oct 13, 2020 7:54 am
Like
Tue Oct 13, 2020 7:54 am #1802470
Apparently a government minister has had to apologise for this "crass" advert. Can anyone advise why a ballet dancer should not retrain when their taxpayer funded job prospects go down the toilet, whereas a steelworker or shopworker should? 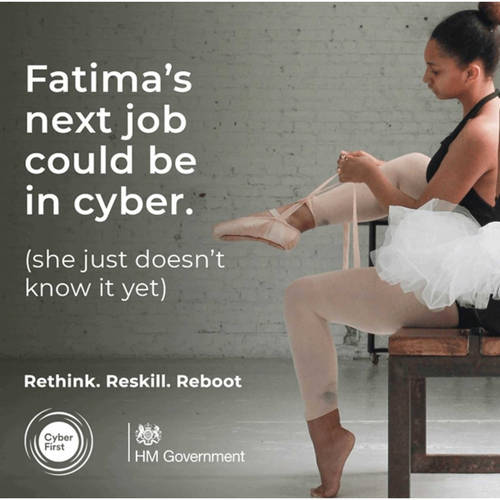 Shop workers and steelworkers are seeing a market driven shift which is quite a different issue.

It is crass because it suggests that artists have just another job when it is for many a "calling" to which they dedicate their life and also because many artists take all sorts of part time jobs to try to fund their ambitions until they "make it".
Artschool liked this
John Milner Fairly tolerant PPL/IR flying a TB 20 from Gloucestershire

There is no market for "the arts".

There is only eye-watering subsidy from shopworkers and steelworkers who are being told to retrain to keep ballet dancers in tutus.

(I enjoy ballet, orchestra and opera at least as much as you BTW)
Spooky liked this
Status updates:
Disco Tony: Nothing from Disco-Tony - 06 Sep 2016
Sheffield City Airport: Boeing on the runway
Disco Tony is MIA download/file.php?avatar=4771_1469022914.jpg

johnm wrote:It is crass because it suggests that artists have just another job when it is for many a "calling" to which they dedicate their life and also because many artists take all sorts of part time jobs to try to fund their ambitions until they "make it".

There are plenty of other occupations which could be similarly described, professional pilots among them. Your personal support of the "arts" is well documented here, johnm, but each individual, regardless of their career choice or calling, should be considered equal, and if a pilot who has endured many personal sacrifices and financial risks to achieve their dream is forced, having lost their hard-won job through no fault of their own, to retrain for another, it is difficult to justify members of the performing arts in similar situations not being considered the same way. Times are tough for everybody at the moment, but as someone once famously said: "We are all in this together."

Properly looking after others who may have an enforced career change due to moves to on line shopping or using Zoom to avoid a tedious trip in an airliner, is no less important, but those shifts may be permanent, an inability to perform is (hopefully) temporary.
John Milner Fairly tolerant PPL/IR flying a TB 20 from Gloucestershire

You could start with the large number of years to train in both cyber security and ballet. Both are careers taking many years of dedication to reach. Neither is just a "job".

The second in my mind is theft and permission. This image is apparently taken from the Instagram account of an American photographer Krys Alex and shows an American dancer called Desire'e Kelley. Neither apparently gave permission for the use of the image.

So that is misrepresentation, AND copyright theft.

I am all for career flexibility and realistic expectations- but this is crass and dishonest. Not to mention undermining the basic income streams of professional creatives.

G
johnm, cjrpaterson liked this
I am Spartacus, and so is my co-pilot.

johnm wrote:The point is that the arts are different,

No, the point is that to support your argument that they are you used a description of the arts (which I quoted in my response) which is no less true of other occupations. Professional pilots, to use my example, are no less answering a "calling", may well have taken years to achieve their aim, and in many cases almost certainly paid through the nose for the privilege involving serious personal sacrifice. Just because you value the arts highly and choose to make them a marker of civilisation doesn't make it true. Others may have equally valid measures.

eltonioni wrote:Small point of order GTE, when a photographer puts their photos on Unsplash they are available for anyone to use for any purpose.
https://unsplash.com/photos/r64j82zZCs0

Interesting, A variation upon pay-to-fly schemes!

G
eltonioni liked this
I am Spartacus, and so is my co-pilot.