Why are estate agents so useless?

A: It's a qualification for the job, surely?

Rob P
CherokeePeter, Rob L liked this
"We sleep soundly in our beds because rough men stand ready
in the night to visit violence on those who would do us harm."
- George Orwell-

Flyin'Dutch' wrote:@AndyR Have you not added a mahoosive garage to your house to keep your 'essential tools'?

Just as neighbours from hell moved in

Morten, I’d agree but don’t have the cash fluidity to do that. If we move it will be upgrading. And I was a late starter.

The chancellor has just announced that the stamp duty threshold is raised, with immediate effect, to £500,000 until end of March next year.

Yup, good news that. Will save a few ££
Imagine what you might try if you thought you could not fail...

They have two types of customers. Buyers and sellers. Neither can do what they want to do without them, so they just sit back and be Carp, and let everything take shape, eventually.

PS Andy, make sure you get a strip in the back garden with the new pad, for the Cub.

Flyin'Dutch', AndyR liked this
Never criticise a man until you’ve walked a mile in his loafers

avtur3 wrote:
The chancellor has just announced that the stamp duty threshold is raised, with immediate effect, to £500,000 until end of March next year.

That's the thing about the Barnett formula of course, some you win, some you lose, but the total is equitable.

But a nice kicker for the housing market, although will only financially benefit buyers and not sellers directly.
Enjoy everything - Life is Short.

TheFarmer wrote:
PS Andy, make sure you get a strip in the back garden with the new pad, for the Cub.

On top of a chalk hill so we can use it in winter.
Flyin'Dutch', Paul_Sengupta, AndyR liked this
Suiting the action to the words

By riverrock -  Wed Jul 08, 2020 9:18 pm
Like
Wed Jul 08, 2020 9:18 pm #1782225
On the house we eventually bought, we caught the estate agents in a lie as my wife accidently used her maiden name without thinking, so they started talking about how big the offers were that had already been made (and we knew we had made the only offer).
After experience buying we were very careful to sell using the best one we had tried to buy from, which worked well.
As a business it really doesn't seem hard to do well! 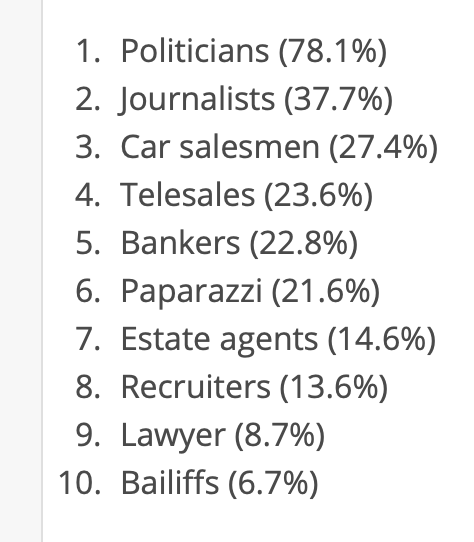 What surprised me is the massive margin by which politicians 'lead'

Frank Voeten
Use email please rather than PMs

Rob P wrote:Q: Why are estate agents so useless?

A: It's a qualification for the job, surely?

slightly more seriously, it is significant to me at least that in England & Wales [sic] there is no 'qualification' for the job (nor, AIUI legal (dis)qualification) for use of the self-description. And, apparently, in 'good' and even 'normal' times little talent beyond superficial personability (and maybe a touch of mendacity

) is needed to survive and even thrive.

In US, by contrast, each State licences 'realtors' on the basis of at least exams (different in each, of course). As with basic lawyers, it is quite a popular 'part-time' job once someone has the State license, often by working on the books of a local franchise of a nationwide broker.

Had some estate agent dodgyness. We received an offer on the house. It was about 5% less than asking, so not bad, but we didn't immediately accept.

A few days later we got a note through the door from a new interested party saying that they were really interested in the house, but the agent wasn't letting them book a viewing as we already had an offer on the table. I sent a text to them and we set up a viewing between us.

At the end of the viewing they immediately offered us £15,000 over asking. We've exchanged and they're moving in on the 16th.

(And we're moving into an AirBNB for a month while our new house is built. But that's a different rant!)

I don't know quite what the agent was playing at. But if it wasn't for my buyer's tenacity, we'd be down quite a lot of money.

AIUI the estate agent is still entitled to his commission even though he was not part of the arrangement that sold the house., unless you had ended his contract with you Has he claimed it?

We had to rewrite the agent's blurb of our house as it was erroneous in its facts and full of spelling and grammar mistakes. House went on Rightmove on the Friday, offer made and accepted on the Monday. Money for old rope...
Frequently misunderstood

I wholeheartedly agree, honour what you have agreed to.

If people continue to pay for services not proficiently received then there is little incentive for estate agents to provide the service paid for. In fact, one could argue that in paying the full amount you encourage them to let 'clients' correct their error as a matter of course.

As I said in another thread; I had a similar experience and paid the invoice less £360 which I explained was a deduction for them failing in the contract provisions. As @Bill McCarthy said above, it is usual for the Highland solicitors to have an estate agency branch. Said letter outlining my reasoning went directly to a Partner in the legal firm. There was no argument, a revised invoice was raised and received overnight!
Misc.

By avtur3 -  Thu Jul 09, 2020 2:14 pm
Like
Thu Jul 09, 2020 2:14 pm #1782344
Our 'in-laws' exchanged contracts last Friday for completion today, The transaction has taken nearly six months to complete, Poor performance by the vendor's solicitor has been the most significant problem, even to the point of frustrating the estate agent!

It has been a traumatic process for our in-laws (both 70), but the last 24 hours has at least seen them qualify for the chancellor's Stamp Duty concession, they benefit to the full amount of £15,000. Hopefully, they will view this as a bit of a silver lining.