Eating out, the future? 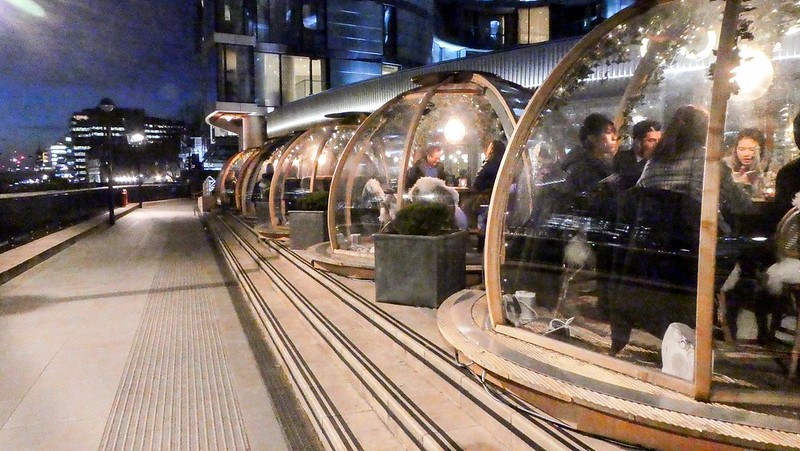 Rob P
Trent772 liked this
"We sleep soundly in our beds because rough men stand ready
in the night to visit violence on those who would do us harm."
- George Orwell-

JonathanB wrote:A local ice cream shop has a good idea... (no use for dining though)

johnm wrote:I can't find the picture now, but there was a great idea from Holland, tables in a little greenhouse each with the food and drink passed in through the window on a board like the ones they use for loading a pizza oven

seanxair wrote:What are the chances do you think of us being allowed to chunnel across and then drive down for our annual SD? And would we be welcome? Obviously eating out is part of the fun.

Well, the aforementioned friends of ours usually rent out their house for the summer, but their foriegn clients have all cancelled. So far they havent had any french enquiries though their regular french family havent yet cancelled. Quite frankly nobody knows what will happen in a few weeks let alone in July/ August, especially when it comes to travel restrictions. Right now you cant even go on the beach in many holiday locations, and restaurants arent open. If both these open up then their might be a holiday season, if not there wont be, and this is the debate here - will the holidays happen.

As a related aside, only one or two of my sons dozen friends or so are being "allowed" to go out by their parents to see friends. These are 17-18yr olds. Lots of people here are REALLY scared.

By Miscellaneous -  Tue May 19, 2020 9:58 am
Like
Tue May 19, 2020 9:58 am #1770693
As a layman I view going to normal international tourists activity within two months of complete lockdown as unlikely given we are still in a very precarious situation. Being denied international travel for pleasure is, I'd suggest, a price worth paying to mitigate the risk of a second wave. Even on economic considerations alone.
Misc.

"The Times says Britons have been given a "fresh hope of a summer holiday abroad" after the transport secretary announced plans for "air bridges" between countries with low coronavirus infection rates. The paper reports Grant Shapps saying the government was considering going "beyond" its current planned blanket quarantine to allow people from certain low-risk countries to enter the UK. "

The elephant in the room is, presumably, whether the governments in the favoured holiday destinations in our near neighbours will by the summer regard UK visitors as 'low risk'

Miscellaneous wrote: Being denied international travel for pleasure is, I'd suggest, a price worth paying to mitigate the risk of a second wave. Even on economic considerations alone.

If there were any economic considerations going on then no country would have shut down and crashed their (and the global) economy over the last 2-3 months.
Lack of open restaurants will severely curtail leisure travel.
Any form of quarantine at either end of a trip will kill tourism dead.

skydriller wrote:If there were any economic considerations going on then no country would have shut down and crashed their (and the global) economy over the last 2-3 months.

I'd disagree and cite the 'early' easing of lockdown as evidence of the strength of the economic considerations.

I will say again health and economy are not independent! A second wave will hit the economy even harder.
Misc.

seanxair wrote:...but I think if they can let our two weeks to a French family it might be best for them and us long term.

Why? Do you think a French family are less likely to have and spread the virus? Certainly in the UK I think holidaying may be discouraged for some time yet.

Please excuse the selective quoting (it was getting unwieldy), but I DO think a French family are less likely to have (and therefore spread) the virus than a UK family,

There are three reasons:
1) France are 9 days ahead of UK in the Covid 'cycle', so while infections and death rates continue declining they will remain ahead of us.
2) Using the death rate as a time-lagged indicator of infection rate, they are reducing infections much quicker than the UK. This is (imo) the result of a much stricter lock-down. The French death rate peaked just below ours but as of yesterday their 7 day rolling average was 151 and UK was 360 (source: FT).
3) Based on somewhat limited evidence (Facebook posts from a friend of mine near Grenoble), the French are taking more care even as they come out of lock-down. Virtually 100% usage of face masks while out shopping at the market, for example.
The tall guy formerly in a 152

kanga wrote:The elephant in the room is, presumably, whether the governments in the favoured holiday destinations in our near neighbours will by the summer regard UK visitors as 'low risk'

Are we about to reclaim Aquitaine? Reclaim the reputation of British tourists.

Are we about to reclaim Aquitaine? Reclaim the reputation of British tourists.

During the eec accession debates in the '60s, an agricultural cooperative centred on Bordeaux, mostly winegrowers, heard of a British backbench MP who was fluent in French and knowledgeable about agriculture; I knew him. They invited him out to talk to member groups about what the implications would be for agriculture in both countries if UK joined. He had a very good time with excellent and bibulous dinners

however, he was a bit puzzled by his hosts kept saying "things were so much better when the English (sic) were here". At the end of the tour the British Consul General explained: since the end of the 100 years' war the area had been ruled from Paris, and this was so resented that the Plantagenet era was remembered fondly ..
Pete L, Iceman liked this
(mere guide at) Jet Age Museum, Gloucestershire Airport
http://www.jetagemuseum.org/
TripAdvisor Excellence Award 2015
http://www.tripadvisor.co.uk/Attraction ... gland.html

By simon32 -  Fri May 22, 2020 5:12 am
Like
Fri May 22, 2020 5:12 am #1771345
Having lived in rural France for 40 years I can trace all my rare colds/flu to an identifiable source. In order of frequency:
Being in the company of infected individuals, usually friends
Airline flights
Buffet type restaurant (cafeteria)
Visit to a Pharmacie
Not using public transport and not frequenting crowded venues (sport, cultural) means that identification is fairly easy.
I caught a nasty bout of flu a few years ago in a crowded cafeteria and I will be unlikely to visit a similar establishment again, but I would eat in a more up-market restaurant where the tables are well spaced and there is waitress service. I don’t think any have re-opened yet in France, although many have branched out into take-away meals, but it does detract from the experience of eating out.
I heard a Wall Street analyst reckon that the cruise industry had had its Hindenberg moment, but I gather folk are still booking cruises, so it is hard to predict what people will do when they are not restricted.
I went to a Darty (home appliance hypermarket) the other day to buy a coffee machine. The young man at the door asked me if I had a mask and I said I had one in the car. Luckily I had thrown a couple of painter’s masks in the back in case of such an eventuality. He let me in and gave my hands a squirt from a bottle. There were a number of customers inside and only a couple of assistants so it took a long time to get served. They were all very pleasant, but I think it creates as much fear as it protects the staff. The customer satisfaction questionnaire I received later clearly indicated that the measures were designed to makes the customers feel safe. An old friend is coming to dinner next week and she is already worrying about the size of our dinner table for the al fresco meal….
Simon

simon32 wrote:..I would eat in a more up-market restaurant where the tables are well spaced and there is waitress service...

.. deemed or actually better at hygiene than waiters ?