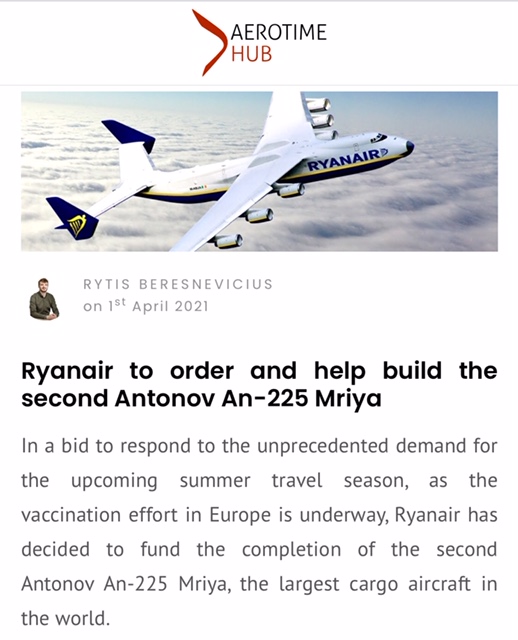 eltonioni wrote:I NEED TO SPEAK TO THE ADMIN OF THIS GROUP!!

CAN ADMINS OF THIS GROUP DO A BETTER JOB OF MONITORING WHO IS ALLOWED IN HERE PLEASE?! WE HAVE A NEW MEMBER, AN ELDERLY WOMAN. SHE'S BEEN PRIVATELY MESSAGING MEMBERS, SENDING THEM NAKED PICTURES OF HERSELF IN UNCOMPROMISING POSES ALONG WITH CLOSE UPS OF HER UNMENTIONABLES. SHE IS OFFERING AN IPHONE 8+ IN EXCHANGE FOR ONLINE SEXUAL FAVORS. I AM ESPECIALLY BOTHERED BECAUSE IT TURNED OUT TO BE AN IPHONE 6 AND OBVIOUSLY SOMETHING'S WRONG WITH IT. IT'S SUPER SLOW AND THE CAPS LOCK IS STUCK ON. THANK YOU!

ROG is that you?
flybymike, mick w, eltonioni and 1 others liked this
CPL IMC FI (A) FE and owner of Blackbushe Aviation flying club

flybymike, Pete L, T6Harvard and 1 others liked this
Pete S as was


Every 10 years the government gives us paperwork to fill in, last time we did it we had a guest who did it for us. Yes it was John Denver, he filled out our census.


I’ve just written off my car skidding on a patch of humus....nobody warned me of the hidden dip in the road


I was at my local supermarket earlier with my dad and his service dog. The lady in front of us at the checkout had about £200 worth of toilet paper in her shopping trolley. With an attitude, she asked my dad what type of dog He had. He told her it was his service dog. Then she got real snarky and said, I knew that. What type of service? He said he was an ALD. By now his dog was licking her face and hands being super friendly. She said, what is a ALD? He told her it stood for Ass Licking Dog. Did you say Ass Licking Dog? He said yeah, he has been trained to lick my bum clean because I can't seem to be able to find toilet paper because of hoarders. The cashier completely lost it.


I've just seen a witch and a lion trying to carry a huge wardrobe into the house next door. When I asked what was happening, they said "Narnia business"


Minister: so George how did you get on at the high church service at the weekend?
George: it was okay, hymns were boring and there were no surprises in the sermon.
Minister: I suspect a but is coming next.
George: but, they were wafting this golden thing on a chain about.
Minister: oh yes, and . . .
George: well it hit me on the head
Minister: I’m sorry to hear that George, did this make you angry?
George: angry? I was incensed!


Apple have said although their profits are down, their turnover is still good.


My mother-in-law's in hospital. They say she's not looking too good. No word on her condition yet though


I’ve been very depressed lately. My wife threatened to leave me. But even that hasn’t cheered me up.


I'm making and selling a beer called "Responsibly", think of all the free advertising


Do any manufacturers in the UK make ketchup here any more, or has it all been outsauced?


Nicola Sturgeon isn’t really that annoyed about all the accusations made against her. She’s just a little Krankie.


Have you been hit with a rhythm stick?
You could claim personal Ian Dury!


My granddaughter came to me this morning and started drawing on the top of my arm. I think she was just looking for a shoulder to crayon.


I remember once on a visit to Ireland pope John Paul was asked if he liked County Down.
He replied he preferred it with Carol Vordeman


Just a quick plug for my poofreading service. Which now comes with a monkeyback guarantee.


Things I've Learned From My Children
01. A king size waterbed holds enough water to fill a 2000 sq. foot house 4 inches deep.
02. If you spray hair spray on dust bunnies and run over them with roller blades, they can ignite.
03. A 3-year-olds voice is louder than 200 adults in a crowded restaurant.
04. If you hook a dog leash over a ceiling fan, the motor is not strong enough to rotate a 42 pound boy wearing Batman underwear and a superman cape. It is strong enough, however, if tied to a paint can, to spread paint on all four walls of a 20 by 20 foot room.
05. You should not throw baseballs up when the ceiling fan is on. When using the ceiling fan as a bat, you have to throw the ball up a few times before you get a hit. A ceiling fan can hit a baseball a long way.
06. The glass in windows (even double pane) doesn't stop a baseball hit by a ceiling fan.
07. When you hear the toilet flush and the words "Uh-oh," it's already too late.
08. Brake fluid mixed with Clorox makes smoke, and lots of it.
09. A six-year-old can start a fire with a flint rock even though a 36-year-old man says they can only do it in the movies.
10. Certain Legos will pass through the digestive tract of a four-year-old.
11. Play Dough and Microwave should never be used in the same sentence.
12. Super glue is forever.
13. No matter how much Jell-O you put in a swimming pool you still can't walk on water.
14. Pool filters do not like Jell-O.
15. VCR's do not eject PB&J sandwiches even though TV commercials show they do.
16. Garbage bags do not make good parachutes.
17. Marbles in gas tanks make lots of noise when driving.
18. You probably do not want to know what that odour is.
19. Always look in the oven before you turn it on. Plastic toys do not like ovens.
20. The fire department in my town has a 5-minute response time.
21. The spin cycle on the washing machine does not make earthworms dizzy.
22. It will however make cats dizzy.
23. Cats throw up twice their body weight when dizzy.
24. The mind of a six-year-old is wonderful.


I was playing tennis and this 30 ft bike went past, I thought that's a long Raleigh.


I decided to help my wife do some laundry.
"What setting do I use the washing machine on?" I shouted from the kitchen.
"Depends," she called back. "What does it say on your shirt?"
"Leeds United," I yelled.


A bloke goes into a pub with his dog.... After a little while he's boasting about how clever his dog is,
'my dog is so clever it can even do my job, ' he brags.
'what job's that' , says the bar man.
'well... I'm a cocktail waiter' he replies ' watch this! '....he whistles, his dog jumps up , goes behind the bar and quickly knocks up a couple of fantastic mojitos and puts them on the bar.

'that's very impressive' concedes the barman, '..... but my dog is cleverer than that! '
He goes on to explain that his dog is actually the chef in the pub, and he clicks his fingers loudly. There's lots of clattering in the back and after a while a dog comes in carrying an absolutely delicious looking burger and chips!

Everyone is very impressed.... Surely the cleverest dog in the world!

There's a fellow in the corner who hasn't said much. He pipes up that actually his dog is cleverer than both of them, in fact so clever that he's learned how to do his job as well.
'what job's that, then' somebody asks...

'well, actually, I'm an airline pilot. '
'No Way!! ' the barman exclaims.
'Watch this then', at which point the customer whistles... His dog jumps up on the bar, chugs down the cocktails, scoffs the burger...he jumps down ,shags the other 2 dogs.... and bogs off without paying!

I went on a 'Communist Nudist Weekend', and I was chatting to a bloke next to me.
"Have you read Marx?" he enquired.
"Yeah," I said. "I think it's these wicker chairs."


Welcome to the Acupuncture Self-Help line.
Please enter your PIN.

What do we want?
An end to religious brainwashing.
When do we want it?
After Easter.


The earthquake began slowly. On the farm first the sheep and goats fell down. The bulls stumbled but kept their footing. The quake got worse. The horse and the donkey toppled over; the bulls kind of swayed side to side. Soon all the animals were on the ground but the bulls, who were teetering but still standing. The farmer looks at the bulls and said, "how can you stay on your feet", to which they replied "We bulls wobble, but we don't fall down"


When I went for my last check, I discovered the Urologist is a very pretty female doctor.
The female doctor says "I'm going to check your prostate today, but this new procedure is a little different from what you are probably used to. I want you to lie on your right side, bend your knees, then while I check your prostate take a deep
breath and say '99'.
I did as told and said"99".
The doctor says, "Great", now turn over on your left side and again, while I repeat the check, take a deep breath and say "99".
Again, I said '99'.

The doctor says, “Very good. Now then, I want you to lie on your back with your knees raised slightly. I'm going to check your prostate with this hand, and with the other hand I'm going to hold on to your **** to keep it out of the way. Now take a deep breath and say '99'.
So again I said,

I'm taking this wine box back to complain, it says clearly on the box once opened will last six weeks, it only lasted three days.


Watch out for the Ether Bunny..... Gives you a right headache

JAFO, Steve J, avtur3 liked this
I add a little excitement, a little spice to your lives and all you do is complain - Q

BTW, Substitute the words 'Prime Minister' into the clever dog commercial pilot and it fits

Paultheparaglider wrote:I was joking. But, you know what a Scottish coo is, so use your imagination. It wasn't meant offensively.

Just been out a walk and can advise she is not offended, however to Paul's comment...

Paul_Sengupta wrote:The lead guitarist of the band I used to sound engineer for was Scottish (still is!) and he referred to "acoustic" as "a stick f'r hitting coos

…she says others have tried the coo-stick trick and (just) lived to regret it, her advice is you would be best to just moove right along taking your coo-stick with you. 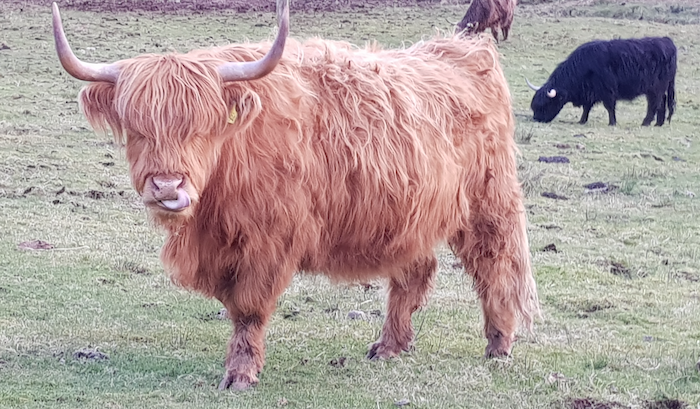 and further don't be trying to take advantage of the bairns either. 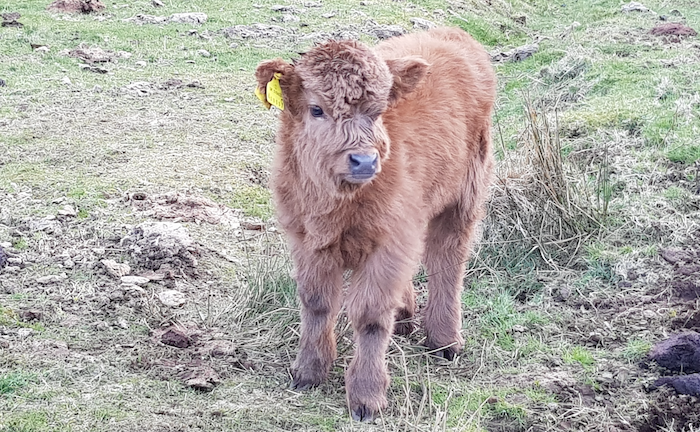 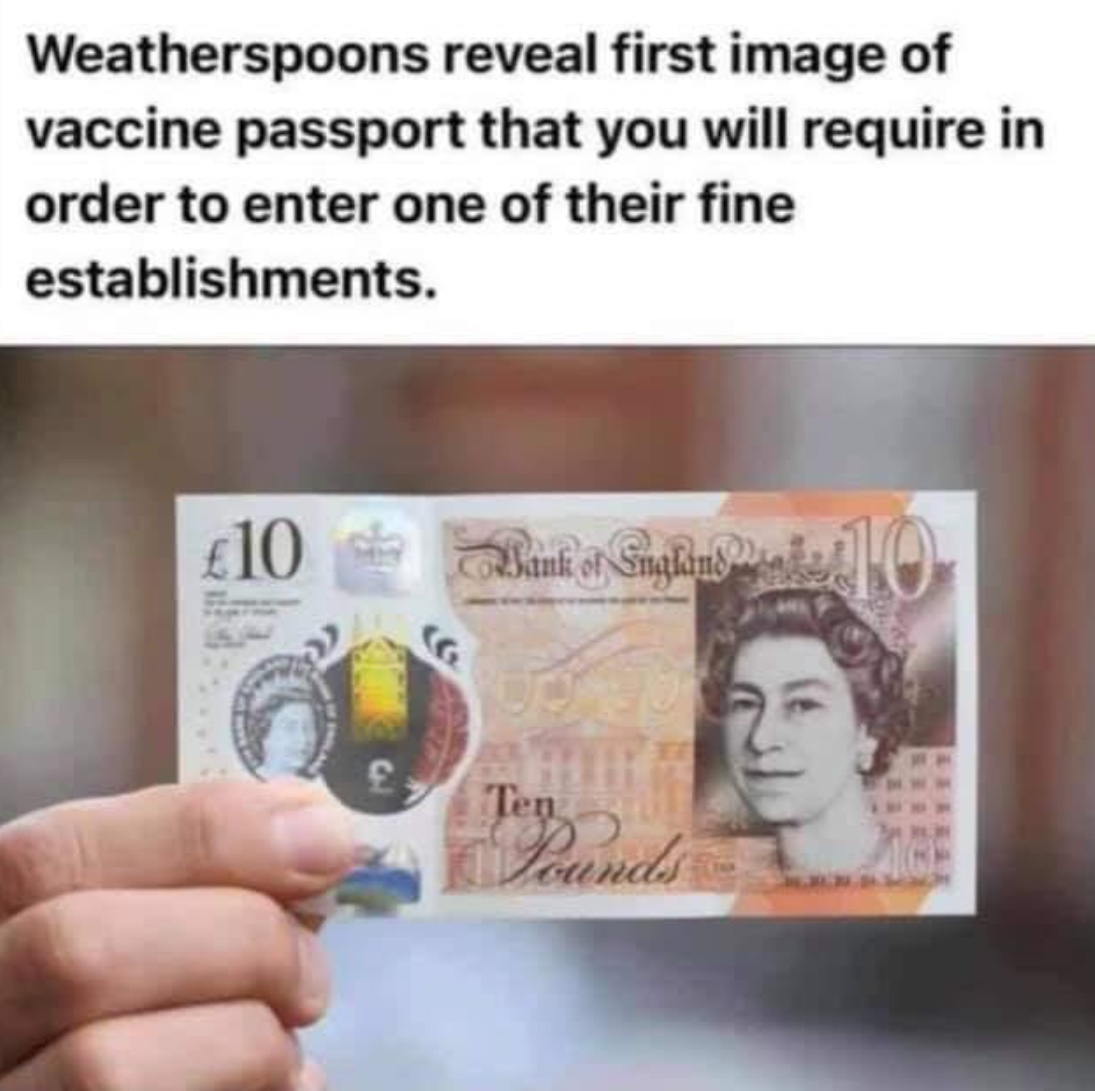 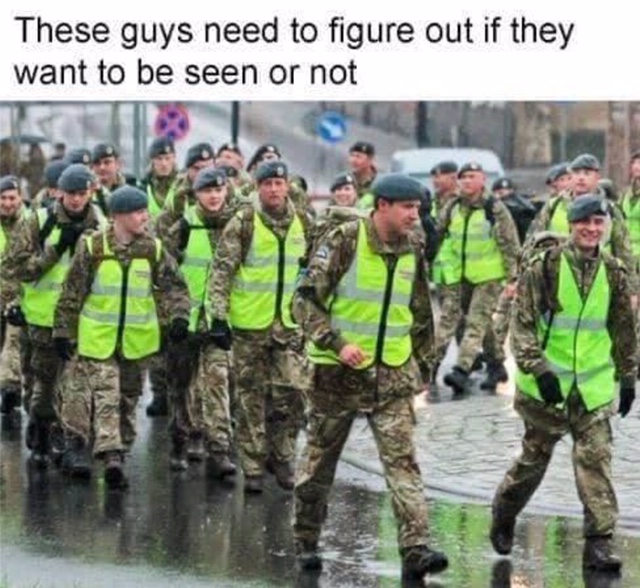