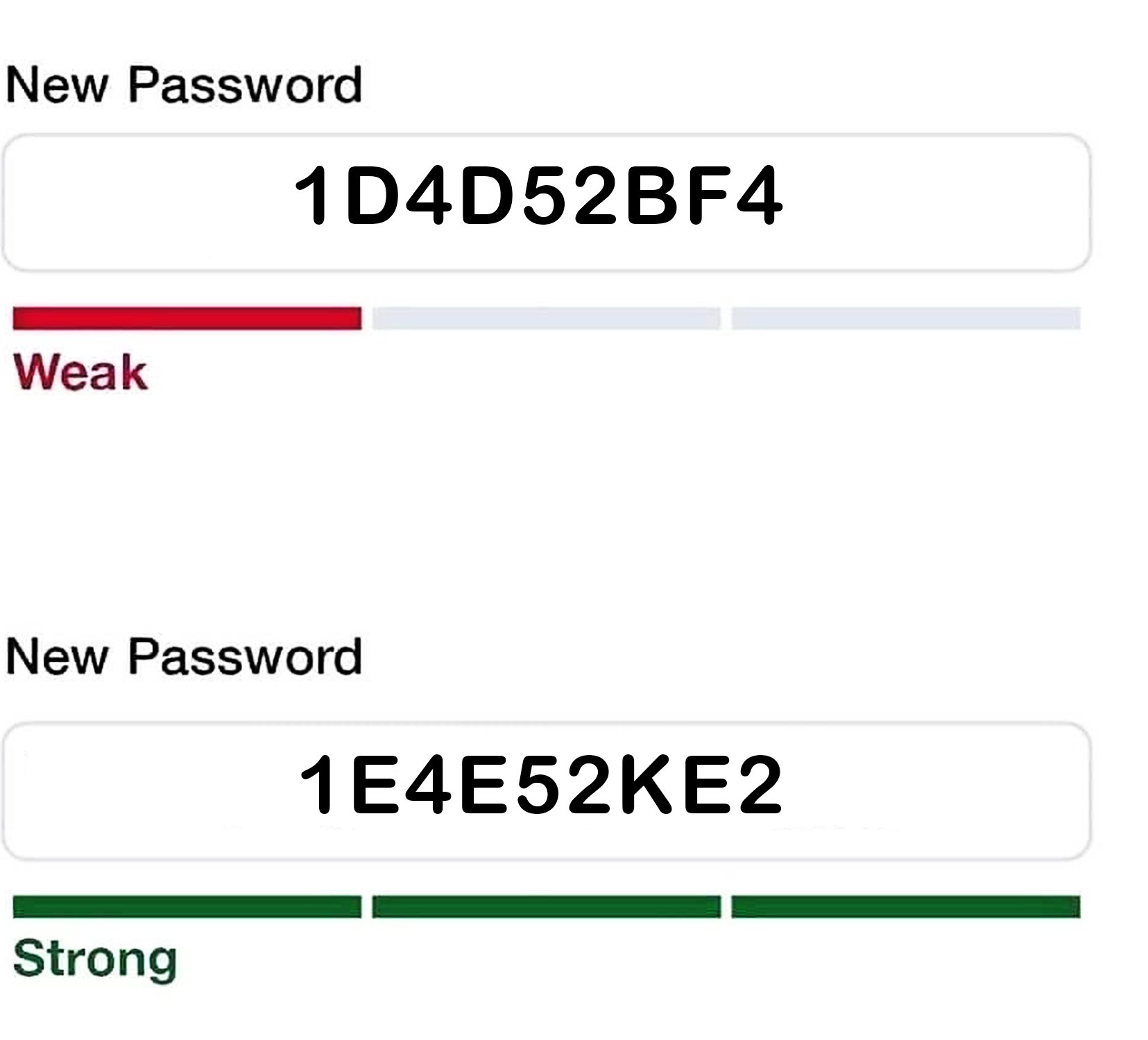 kanga, PropPeter liked this
Autocorrect is so frustrating. It's always making me say things I didn't Nintendo.

flybymike wrote:Well that one sorted the intellectuals from the chaff.....

The "passwords" are chess openings: one common/serious/boring and one new and crazy and almost played as a joke (but by the highest level of players).
flybymike liked this
Autocorrect is so frustrating. It's always making me say things I didn't Nintendo.

Paultheparaglider wrote:PS I remember it as amatis and not amatus from O level Latin. Perhaps a more advanced Latin scholar can comment?

Cant remember the rest which is probably just as well as it was probably highly inappropriate. 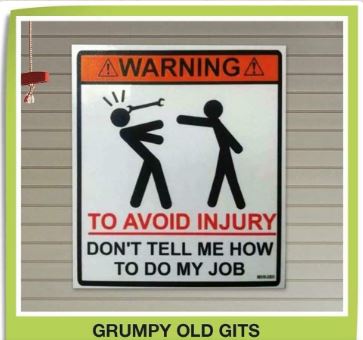 They don't improve your sex life but they do stop your biscuits going soft....
Charles Hunt liked this 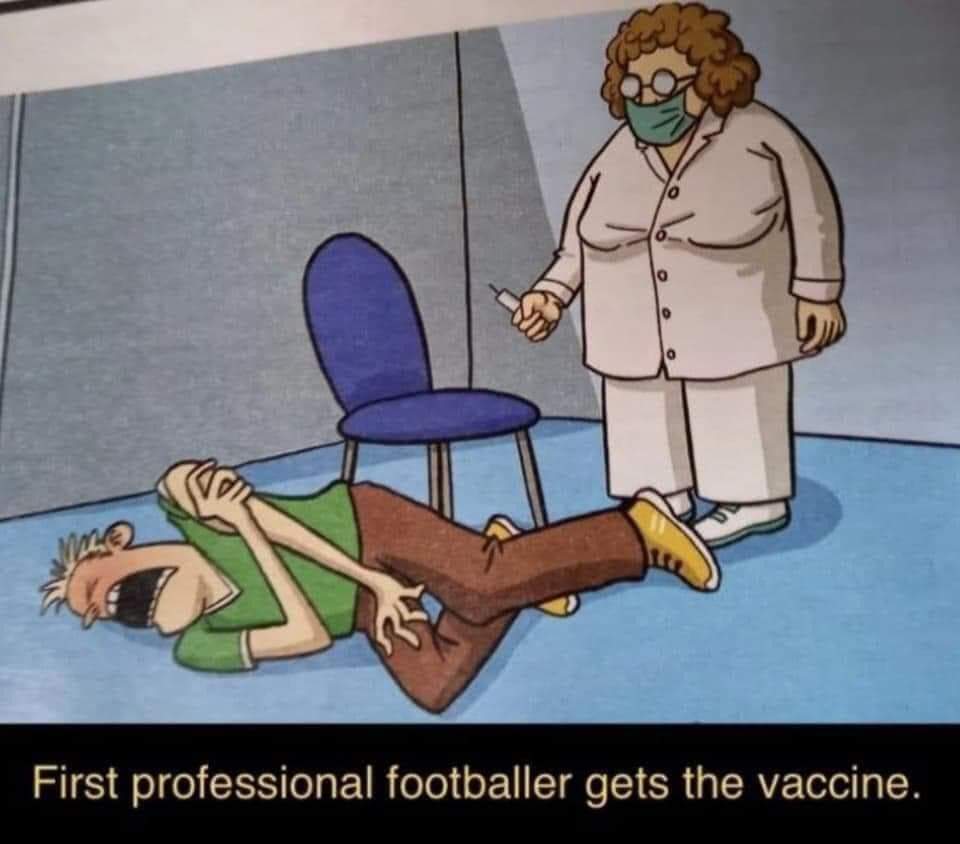 T6Harvard, Cessna571, Rob L and 1 others liked this

My best friend when I was a kid was Andy Zoff.
He was the fastest boy at my school.

Most ornamental figurines found in gardens are only 30 cm tall and wear red hats. It's a little gnome fact.

Of course everyone knows about Fred Astaire, who was renowned for dancing down sweeping staircases with his leading lady.
Less is known about his brother Stan, who was known for lifting ladies up them.

I seem to have a speech problem. Every time I wake up and go down for breakfast. I have full intentions of asking for muesli, but I just blurt out “Full English Please”instead.

Why not buy shares in a perfumery like Dior or Chanel.? Go on. You know it makes scents.

Samantha has to leave us now. She has to go to her butcher, Mr Jones.
Samantha is partial to Mr Jones's tongue.

I was surprised to see a uniformed police officer in a field this morning with a paintbrush pallette and easel.
I complimented him on the quality of his painting. The cart load of hay looked so realistic, and he had captured the movement of the trees.
He said he was the local Constable.

I went for a COVID test yesterday and the nurse asked me if I'd had a sudden loss of taste.
"No", I replied, "I've always dressed like this

Charley, a new retiree-greeter at Wal-Mart, just couldn't seem to get to work on time. Every day he was 5, 10, 15 minutes late. But he was a good worker, really tidy, clean-shaven, sharp-minded and a real credit to the company and obviously demonstrating their "Older Person Friendly" policies.
One day the boss called him into the office for a talk. "Charley, I have to tell you, I like your work ethic, you do a bang-up job when you finally get here, but your being late so often is quite bothersome."
"Yes sir, I know, and I am working on it."
"Well good, you are a team player. That's what I like to hear.”
“Yes sir, I understand your concern and I’ll try harder.”
Seeming puzzled, the manager went on to comment, “It's odd though, you coming in late. I know you're retired from the Armed Forces. What did they say to you there if you showed up in the morning so late and so often?"
The old man looked down at the floor, then smiled.
He chuckled quietly, then said with a grin, "They usually saluted and said, "Good morning General, can I get your coffee sir?"


After a few beers my mate asked if he could stay on my sofa.
Had to explain to him that I'm married now so that's where I sleep.

Things you didn't know.!
The flame of a candle smells like burnt nasal hair....

I once shared a bed with an ape in a tanning salon. I came out bronzed, the ape came out as an orange utan.

I rang a plumber from the Yellow Pages "John Brown, 24 hour Plumber"
He arrived and set to work.
20 minutes later my house was flooded!
'How long have you been a plumber?' I asked
'24 hours' he replied

My friend was really impressed with how quickly my chimpanzee arrived from Amazon, I said that's what happens when you've got prime...mate.

The doctor has just prescribed me some anti-gloating cream. Can't wait to rub it in.

The assistant replied, "Because you're in Halfords.

I’ve just written off my car skidding on a patch of humus....nobody warned me of the hidden dip in the road

Every 10 years the government gives us paperwork to fill in, last time we did it we had a guest who did it for us. Yes it was John Denver, he filled out our census.

Went to a family reunion with 29 relatives attending. Auntie Penelope was hosting our get-together.
There were some I recognised from previous gatherings. Others I had seen in photographs, but there was one chap in the corner who I had never seen.
I asked Pennie who he was. She said: "That's your cousin Robert. I am his niece."
That's when I replied:
"So Bob's your uncle.?"


And that is shallot.......
mick w, eltonioni, cockney steve and 3 others liked this
I add a little excitement, a little spice to your lives and all you do is complain - Q

Is the stand out one for me.

Many thanks.
JAFO, T6Harvard liked this
Suiting the action to the words