avtur3 wrote:Renault and Ford have joined forces to create the perfect small car for women.
Mixing the Renault 'Clio' and the Ford 'Taurus' they have designed the .....

Sadly, I don't think I can post the remainder of this joke ...

A bit like the new Ford Pubic, made out of recycled Corsairs.
nallen liked this
GrahamB 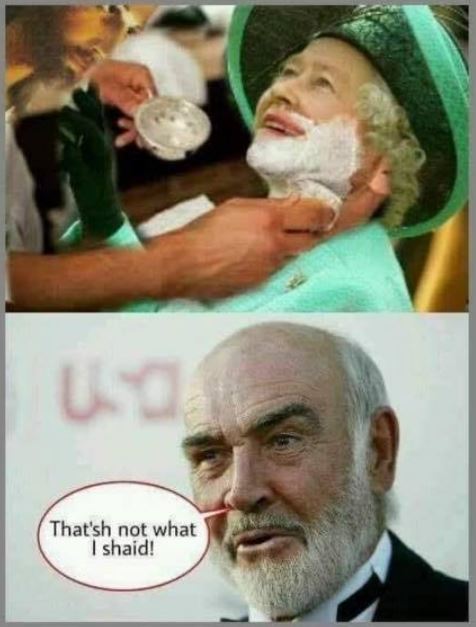 "I don't know what to do," says the Devil. "You're on my list but I have no room for you. But you definitely have to stay here, so I'll tell you what I'm going to do. I've got three people here who weren't quite as bad as you. I'll let one of them go, but you have to take their place. I'll even let YOU decide who leaves."
Trump thought that sounded pretty good so he agreed.

The devil opened the first room. In it was Richard Nixon and a large pool of water. He kept diving in and surfacing empty handed over and over and over, such was his fate in Hell.
"No!" Trump said. "I don't think so. I'm not a good swimmer and I don't think I could do that all day long."

The Devil led him to the next room. In it was Tony Blair with a sledgehammer and a room full of rocks. All he did was swing that hammer, time after time after time.
"No! I've got this problem with my shoulder. I would be in constant agony if all I could do was break rocks all day!" commented Trump.

The Devil opened a third door. In it, Trump saw Bill Clinton lying naked on the floor with his arms staked over his head and his legs staked in spread-eagle pose. Bent over him was Monica Lewinsky, doing what she does best.

Trump looked at this in disbelief for a while and finally said, "Yeah, I can handle this."

The Devil smiled and said, "Monica, you're free to go!"
T6Harvard, flybymike, akg1486 and 5 others liked this
Misc.

Miscellaneous liked this
Autocorrect is so frustrating. It's always making me say things I didn't Nintendo.

One day a man decided to retire. So he booked himself on a Caribbean cruise and proceeded to have the time of his life, that is, until the ship sank. He soon found himself on an island with no other people, no supplies, nothing, only bananas and coconuts.

After about four months, he is lying on the beach one day when the most gorgeous woman he has ever seen rows up to the shore. In disbelief, he asks, "Where did you come from? How did you get here?" She replies, "I rowed over from the other side of the island where I landed when my fishing boat sank."

"Amazing," he notes. "You were really lucky to have a row boat wash up with you." "Oh, this old thing?" explains the woman. “I made the boat out of some raw material I found on the island. The oars were whittled from gum tree branches. I wove the bottom from palm tree branches, and the sides and stern came from a Eucalyptus tree."

"But, where did you get the tools?" "Oh, that was no problem," replied the woman. "On the south side of the island, a very unusual stratum of alluvial rock is exposed. I found that if I fired it to a certain temperature in a volcanic vent I found just down island, it melted into ductile iron and I used that to make tools and used the tools to make the hardware."

The guy is stunned. "Let's row over to my place," she says "and I'll give you a tour." So, after a short time of rowing, she docks the boat at a small hand-built wharf. As the man looks to shore, he nearly falls off the boat. Before him is a long stone walk leading to a cabin and tree house. While the woman ties up the rowboat with an expertly woven hemp rope, the man can only stare ahead, dumb struck. As they walk into the house, she says casually, “It's not much, but I call it home.”

Please sit down." "Would you like a drink?" "No thank you!" the man blurts out, still dazed. "I can't take another drop of coconut juice." "Oh, it's not coconut juice," winks the woman. "I have a still. How would you like a Jack Daniels neat?" Trying to hide his continued amazement, the man accepts, and they sit down on her couch to talk.

After they exchange their individual survival stories, the woman announces, "I'm going to slip into something more comfortable. Would you like to take a shower and shave? There's a razor in the bathroom cabinet upstairs." No longer questioning anything, the man goes upstairs into the bathroom. There, in the cabinet is a razor made from a piece of tortoise bone. Two shells honed to a hollow ground edge are fastened on to its end inside a swivel mechanism. "This woman is amazing," he muses. "What's next?"

When he returns, she greets him wearing nothing but a bandana around her blonde locks and some small flowers on tiny vines, each strategically positioned. She smelled faintly of coconut oil. She then beckons for him to sit down next to her. "Tell me," she begins suggestively, slithering closer to him, "We've both been out here for many months. You must have been lonely. When was the last time you had a really good ride?"

He stares into her eyes, not believing what he's hearing. "You mean..." he swallows excitedly as tears start to form in his eyes, "You've built a motocycle?”
Paultheparaglider, nallen, Nick and 1 others liked this