In either LIverpool or Lincoln , if you fart in the morning , you'll get an Echo at night . 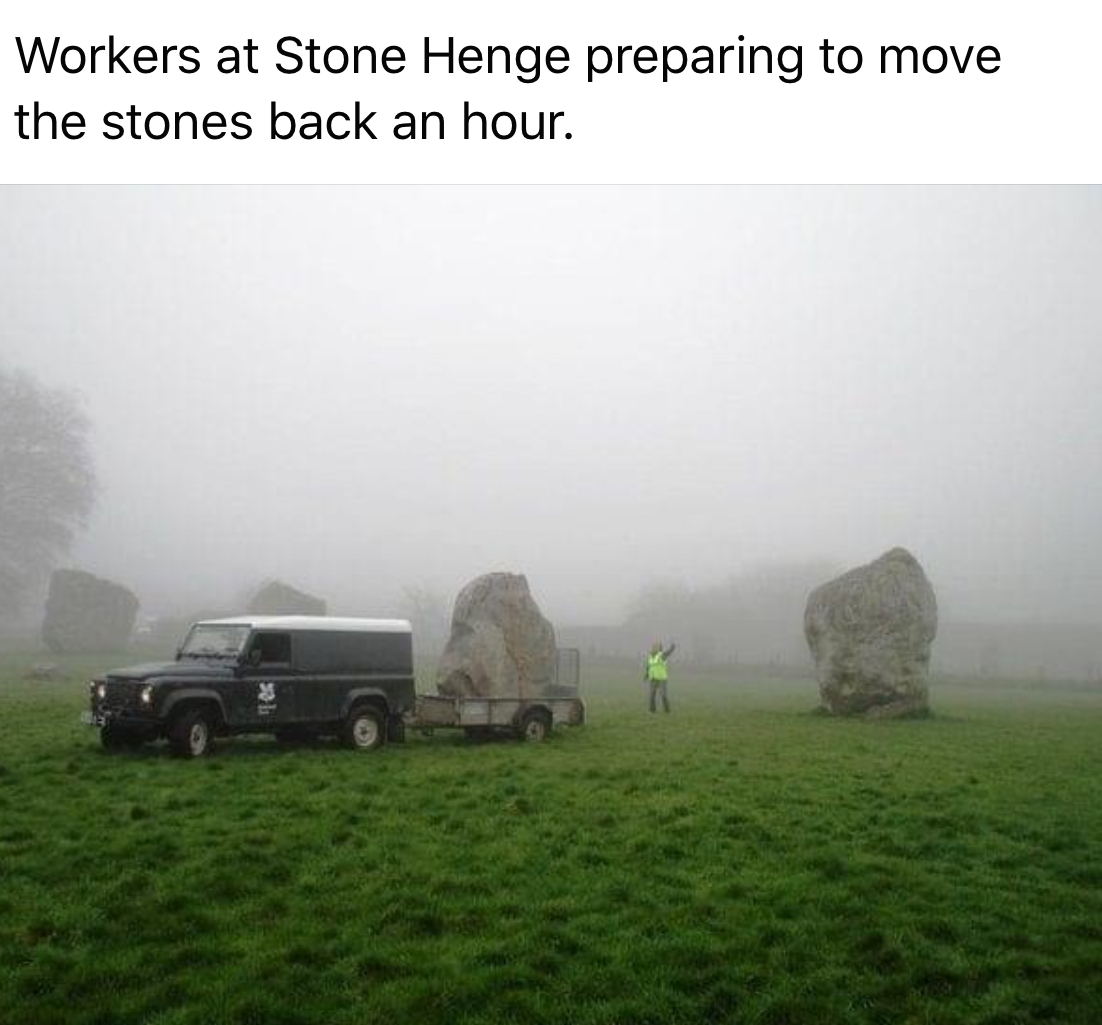 T6Harvard, eltonioni, Pete L liked this
Its generally best to make a hole in the sky.......not the ground...


Don't mean to brag but I overheard the doctor mention a trophy whilst talking about my muscles...


And the first book in the Irish Bible is called Guinnessis.


Took my gran to one of those spas with little fish that nibble dead skin...
A bit expensive ... But a damn sight cheaper than a funeral would have been.


I joined the local cricket team but I am having trouble rubbing my legs together as loud as the others. Don't tell the wife though she'll bite my head off .


I went to the pet shop to buy a wasp. The shopkeeper said “we don’t sell wasps”. I said "You’ve got one in the window”


My Wife thinks our sex life has got boring and I'm easily distracted. Oh well, better get back to it I suppose.


Diane Abbot's just returned from her tour of Ireland..when asked what she thought of County Down..she said she preferred it when Carol Vorderman was doing it..


Elvis Costello has a new job at the biscuit factory..... he's watching the digestives


Bought a new cymbal and applied the adhesive to the surface as directed. Couldn't get it to make that lovely crashing sound. Must be using the wrong kind of Paiste.

Enter Samantha (ISIHAC) : ...Samantha went along to the gramophone library earlier to collect the teams' records. It's pitch black down there, so Samantha & the elderly archivist have taken to searching the shelves by candle-light, which can be messy, so while Samantha passes down the disks, the nice man holds the ladder while he cleans the dust and wax off in the dark..


Said to the wife how do you fancy swapping positions tonight. She said great you stand and do the ironing and I'll sit in chair and fart.


My mate said,"I like your sports car."
I said,"it's not very practical now we have a baby."
He said,"how about I buy it off you?"
I said,"Go on then.Three Grand?"
He said,"you've got yourself a deal."
I said,"Nice one,you're going to make a brilliant dad!!


If you pull a pin from a grenade, how do you put it back in? Quick answers please!


Did you know that a raven has 17 rigid feathers called pinions, while a crow only has 16?
So the difference between a raven and a crow is just a matter of a pinion.

Researchers for the Massachusetts Turnpike Authority found over 200 dead crows near greater Boston recently, and there was concern that they may have died from Avian Flu. A Bird Pathologist examined the remains of all the crows, and, to everyone's relief, confirmed the problem was definitely NOT Avian Flu. The cause of death appeared to be vehicular impacts.
However, during the detailed analysis it was noted that varying colors of paints appeared on the bird's beaks and claws. By analysing these paint residues it was determined that 98% of the crows had been killed by impact with trucks, while only 2% were killed by an impact with a car.
MTA then hired an Ornithological Behaviourist to determine if there was a cause for the disproportionate percentages of truck kills versus car kills.
The Ornithological Behaviourist very quickly concluded the cause: when crows eat road kill, they always have a look-out crow in a nearby tree to warn of impending danger.
The scientific conclusion was that while all the lookout crows could say "Cah", none could say "Truck."


If the Stork brings good babies, and the Crow brings bad babies, what brings no babies?
The Swallow.


A crow got cut in half by a wind turbine.
ow

Daley Thompson, Tessa Sanderson and Steve Cram are all round at Seb Coe's house for tea.
Steve brought the fish, Tessa brought the chips, Daley brought the mushy peas and Seb provided the salt and vinegar. Suddenly there is a knock at the door so Seb gets up to answer. "Who is it?", asks everyone in unison,
"It's Fatima wi t'bread."


How do so many people get simple sayings wrong? Please send answers on a coastguard.

Contrary to popular belief the most common elephant name is Ann.
I add a little excitement, a little spice to your lives and all you do is complain - Q 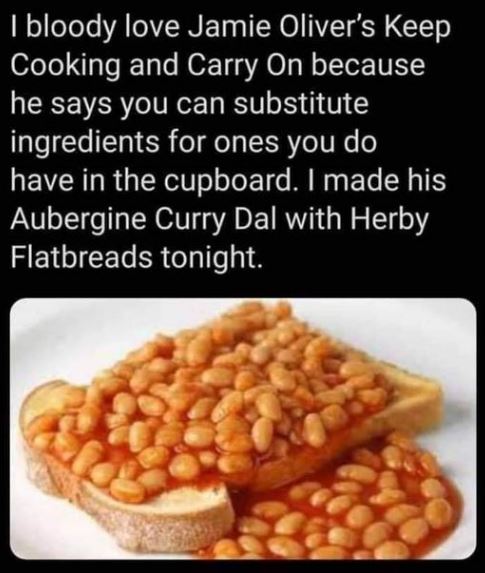 T6Harvard, Trent772, Rob L and 1 others liked this 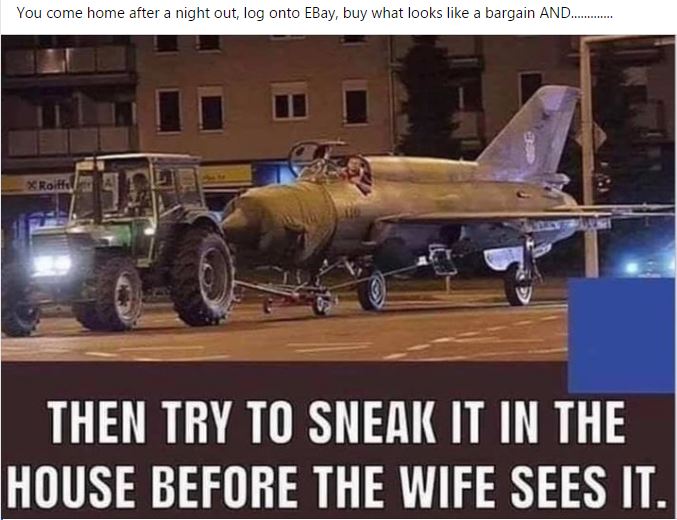 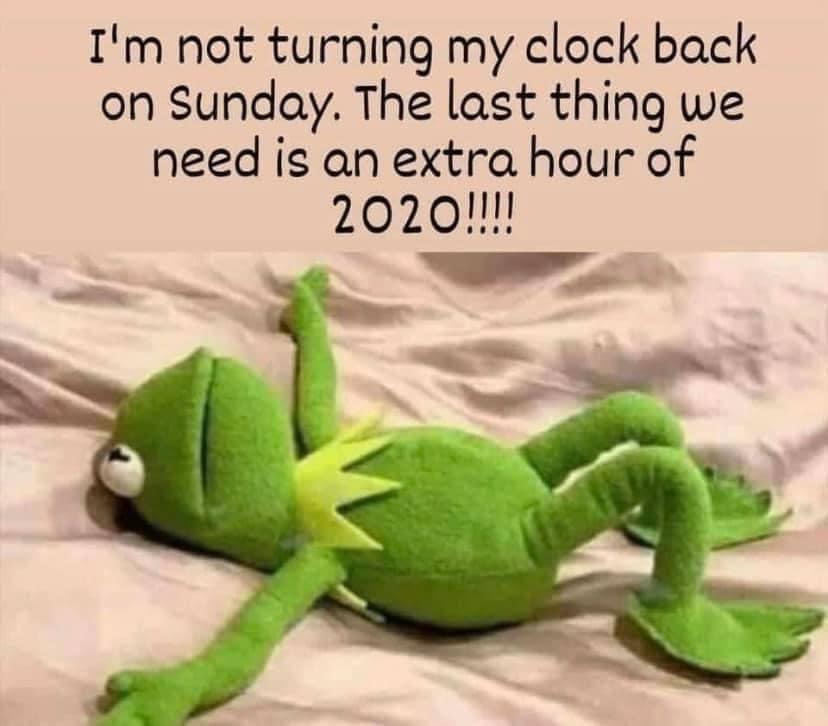 Coca-Cola has decided that they want this year's campaign to reflect the reality of life in 2020, here is a discreetly taken still from this year's advert ... 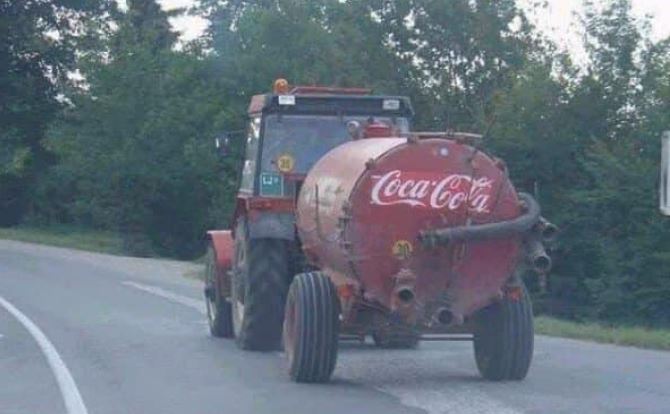 T6Harvard, Trent772, cockney steve and 1 others liked this

I see a line of retail merch being available, with t-shirts and coasters saying things like:

ROG wrote:My favorite cartoon was a guy who"d hanged himself with a sign on his chest saying "constant criticism". In front of are two women-one presumably his wife who"s saying-that"s not how you spell criticism.
The drawing makes it--you"ll have to imagine it. 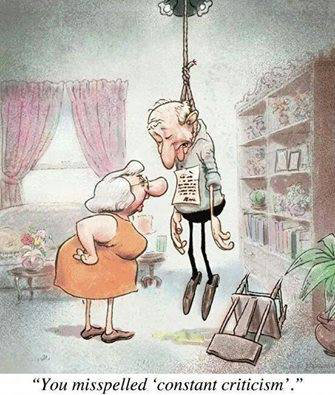 Rob L liked this
Autocorrect is so frustrating. It's always making me say things I didn't Nintendo.