How do you make holy water? You boil the hell out of it.

Will glass coffins be a success? Remains to be seen.

What’s the difference between a hippo and a Zippo? One is really heavy and the other is a little lighter.

Two windmills are standing in a wind farm. One asks, “What’s your favorite kind of music?” The other says, “I’m a big metal fan.”

I tried to sue the airline for losing my luggage. I lost my case.

Is it ignorance or apathy that's destroying the world today? I don't know and don't really care.

I wasn’t originally going to get a brain transplant, but then I changed my mind.

Which country’s capital has the fastest-growing population? Ireland. Every day it’s Dublin.

My ex-wife still misses me. But her aim is starting to improve.

Two fish are in a tank, one says to the other "how do you drive this thing?"

I saw an ad for burial plots, and I thought: “That’s the last thing I need!”

Need an ark? I Noah guy.

Sleeping comes so naturally to me, I could do it with my eyes closed.

What did the grape say when it got stepped on? Nothing - but it let out a little whine
T6Harvard liked this 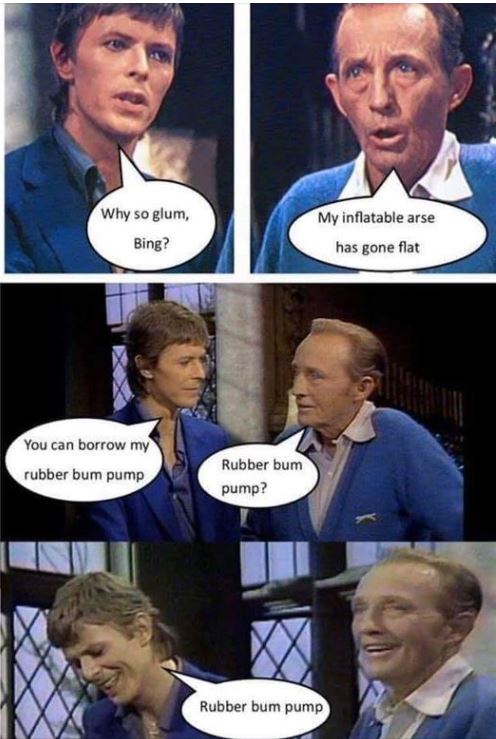 I’m going to France tomorrow for the world "**** A Ruler On The Edge Of A Desk" championships. It's held annually in the Dordogne.....


I've got some racing geese for sale. Let me know if you want a quick gander.


For Star Wars fans
Did you know Yoda had a last name?
It was Layheehoo.


Dad, are we a family of pyromaniacs, we arson I said.


Went shoplifting in Meadowhall. Came out with some garden shears and a canteen of cutlery. Best Sheffield steal ever.


A man walk into a fish n chip shop with a fish under his arm he asked the person behind the till - do you sell fish cakes? The person replies with yes. Brilliant can you do him one it's his birthday today.


Snow White will now appear with 6 dwarfs. Sneezy is in quarantine.


I've bought some shares in a racehorse, checked it out though. It's called War Burton and it's a thorough bread.


We older ones remember when plastic surgery was a taboo subject. Now you mention botox and no one raises an eyebrow


I Googled 'Led Zeppelin reunion' and it came back with 'Page not found'...


I just got kicked out of a flat earth Facebook group because I asked if the 6 foot social distancing guideline had pushed anyone over the edge yet.


Did you know that soul singer, Bill Withers had a brother called ‘Bear’ who wrote the music you hear whilst waiting to be put through to the appropriate department, when holding on the telephone
rf3flyer, JAFO, Pete L liked this
I add a little excitement, a little spice to your lives and all you do is complain - Q 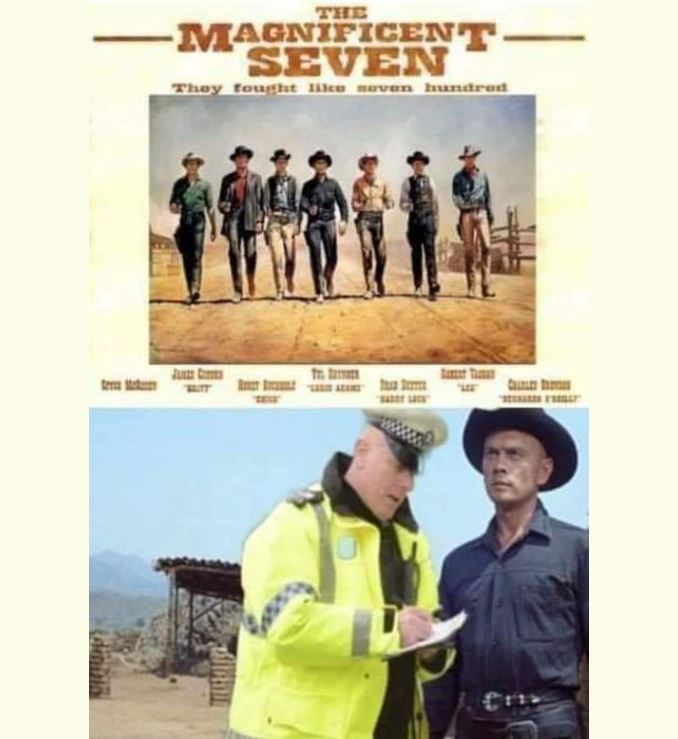 Miscellaneous, Pete L, flybymike and 5 others liked this

The man who invented the taser has died. His family and friends are stunned.

My son invited his posh friend to his birthday party.
I asked him, "What's your favourite game, Tarquin?"
He said "Partridge, but I am partial to grouse in season."

I offered to help a magician with his trick which involved a circular saw. It didn’t go well. My other half thinks we should sue.

If you’re ever chased by a gang of Taxidermists, do not play dead.

Just heard that Covid can be transmitted by processed meat, so be careful we don't want another Spamdemic.

I had an unusual form of tinatus. Kept hearing Auld Lang Syne. Went to A+E about it, they sent me to the Burns unit.

When I was a young boy my mother used to wash my hair with lager! It was not till many years later that I discovered that I’d been fostered.

I can generally make up jokes quite well but jokes about white sugar are rare, even worse, jokes about brown sugar, well demerara.

Got a new telescope. It has a high magnification and you can make out fine details on the red planet. I could even see a small tin of oxtail with a pouch. Apparently the Marsoupial had already been discovered.

TTFN
T6Harvard, flybymike liked this
I add a little excitement, a little spice to your lives and all you do is complain - Q

My son invited his posh friend to his birthday party.
I asked him, "What's your favourite game, Tarquin?"
He said "Partridge, but I am partial to grouse in season."

our family came to UK from Africa in '50s. Soon after, my late brother, then ~10yo, was invited to a party by a posh new friend. Word got back to my parents that a rather forward young lady of his age had asked him imperiously "Do you hunt ?", and he had instantly replied "only lion" 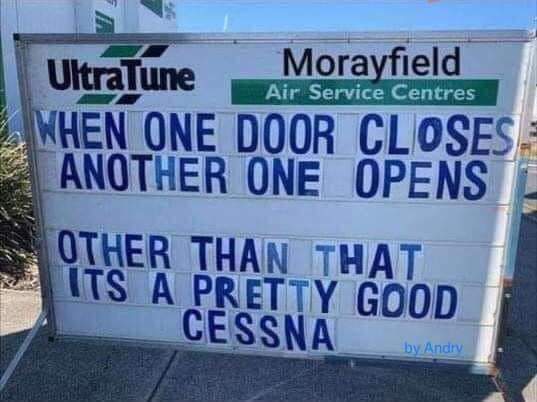 JAFO, eltonioni, T6Harvard and 2 others liked this
Autocorrect is so frustrating. It's always making me say things I didn't Nintendo.

"I'm sorry to have to tell you, Mrs Kelly, that your husband has passed away. He fell into a vat of beer and drowned."
"Oh, how horrible! Did he suffer long?"
"I'm afraid so. It took a long time: he had to get out to take a pi$$ three times."
Autocorrect is so frustrating. It's always making me say things I didn't Nintendo.

By avtur3 -  Mon Sep 28, 2020 2:27 pm
Like
Mon Sep 28, 2020 2:27 pm #1798947
A man visits the doctor for help with an embarrassing problem.
He explains that whenever he breaks wind, it sounds like a motorbike accelerating.
The doctor asks to take a look at the source of the problem and immediately diagnoses the fact that the man has an abscess in just the spot to generate this sound.
The man asks what this has to do with the sound of a motorbike accelerating to which the doctor replies 'Everyone knows that abscess makes the fart go Honda