What have Henry the Eighth and Kermit the Frog got in common?
They have the same middle name.

Viagra. It won't make you James Bond, but it could make you Roger More.

Bill Haddow wrote:Jokes which have to be told with a Scottish accent, and which are probably only understood within a 10 mile radius of Glasgow:

What's acoustic?
It's what ya hit coos with.

Rob L wrote:Do you know the difference between an elephant and a letter box?

It may loose something in print.....

Ok, it’s a face to face joke only really. Works best on kids.

Told it to my 10 year old nephew recently.

With a puzzled face.

Your insistence of just a duck, leads to puzzlement and merriment,

you can spot the second where they think “ok, let’s just get on with it, go on then, what’s the punchline?”

“One leg is both the same”

this leads to extra merriment as they now think you’ve gone totally bonkers. Many retorts such as “what on EARTH are you on about?”

It’s the self doubt bits when they think “I’m missing something, let’s slowly think about this”, followed closely by “no, it’s def not me, it’s him”

Schoolboy humour that I had not heard before, thanks!

Ash I wash walking through my houshe, a book fell on me. I had only myshelf to blame.

Bumped into him recently. He said, "Bill, you're a sh!te, for shore eyesh."

Didn't expect that one in the 21st Century. 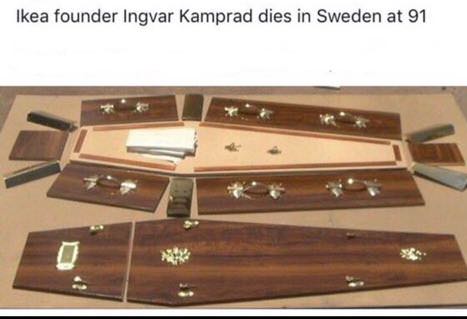 (Again, spookily enough, courtesy of Flintstone)
Nick, Charles Hunt, seanxair and 1 others liked this
We all live under the same sky, but we don't all have the same horizon.

NickS wrote:Staff wanted for the new circumcision clinic opening locally - they only pay the minimum wage but you get a share of the tips.

Apparently one of the circumcisers was incompetent, he missed and got the sack!
NickS, Morten, Chris Martyr liked this
Visicover.com
The Home of Online Aircraft Insurance

Doc says, "d'ya want some cream for that ?

Doug.
Pete S as was