Ukraine: A call to arms ?

I think I would.

[with no special knowledge let alone authority, of course

a. the prior ethnic German population fled or was slaughtered (or expelled to East Germany) in the immediate aftermath of VE Day, The survivors in West Germany used to be a significant political force (denounced as 'revanchist, unrepentant Nazis' in Soviet and Russian media), but I believe that their children are less committed to the supremacy of that cause.

b. under the Helsinki Accords (1975), the signatories (including NATO, WarPac and neutrals in Europe) accepted that the then international boundaries were fixed and would be respected by all:

c. Russia claims to be the heir (with associated rights and obligations) of the USSR to all Treaties and Agreements accepted and agreed by the USSR. Note that this is the basis of Russia claims that the actions it has taken to change boundaries within the former USSR are legitimate (or not inherently illegal) because they were not international boundaries at the time of Helsinki.

What this means is that the Konigsberg (as Der Spiegel still calls it, AFAIK) and the rest of the East Prussia ethnic German diaspora cannot expect any of the (heirs to) Helsinki signatories to support any 'right of return' nor 'compensation for loss of property'*. Similarly, the ethnic Russians who now form the vast majority of the Kaliningrad exclave population (transplanted 70-75 years ago from various, sometimes distant and quite possibly less attractive!, parts of the USSR) are unlikely to vote for any change even if given a free choice; and none of the contiguous neighbours (Poland, Lithuania) nor near ones (the other Baltics, Sweden) are allowed (under Helsinki) to challenge its status as a Russian Federation exclave. What the neighbours can do is frustrate the land or overflight access, especially of military equipment or personnel; but sea or air access through or over international waters remains available to Russia.

* I believe some East Prussia descendants have successfully reclaimed some property or compensation for its loss in the Baltics and Poland.

The exclave is said to be one of the most militarised in the world, both in armaments and in garrison!
johnm, Sooty25 liked this
(mere guide at) Jet Age Museum, Gloucestershire Airport
http://www.jetagemuseum.org/
TripAdvisor Excellence Award 2015
http://www.tripadvisor.co.uk/Attraction ... gland.html

By Loco parentis -  Thu May 12, 2022 6:55 pm
Like 1
Thu May 12, 2022 6:55 pm #1911260
It is perhaps more than apparent to Ivan that the international humiliation being inflicted by Boris Johnson's diplomatic overtures in Northern Europe including offers of military support, is just repayment for Ivan's murderous activities in Salisbury.
StratoTramp liked this

"The former Supreme Allied Commander of NATO said in a recent interview with the New York Times: “I think we are in a proxy war with Russia. We are using the Ukrainians as our proxy forces”. Since then, several U.S. politicians have confirmed this is a proxy war.

Speaking to Fox News on May 6th, Democratic Congressman Seth Moulton explained: “At the end of the day, we’ve got to realise we’re at war. And we’re not just at war to support Ukraine. We’re fundamentally at war – although somewhat through a proxy – with Russia. And it’s important that we win.”

Then on May 11th, Republican Congressman Dan Crenshaw tweeted, in defence of his decision to approve the latest $40 billion aid package: “Yeah, because investing in the destruction of our adversary’s military, without losing a single American troop, strikes me as a good idea. You should feel the same.”

Recently seen some footage of simple drones being used to drop mortar shells on Russians troops. It's vicious and a terrible waste. But Russia are clearly the aggressor. Want it to stop. Get out. Go home.

One even went through the sunroof of a car and detonated inside, must have been a complete mess. One of those videos where you think why I am being such a ghoul watching this.

Think it was on that Ukraine Leaks channel, was there from the footage of the bombing run on snake island.

Flyin'Dutch' liked this
For a laugh or trolling* opportunity please visit my YouTube channel. *go easy I'm only a student

The bookies are giving 2/5 on Ukraine for Eurovision.

Wow, thanks. I had not really got my head around it until you'd "simplified" it.

Up until the start of the conflict my business was UK agent for a manufacturer in Kaliningrad. I guess we still are. Obviously everything stopped quite quickly, but it doesn't erase the relationship you've built with staff or the need to support existing warrenties doesn't.

Understanding the basics of the history does help.

I'm guessing if this conflict gets more global than it is, they will be in for quite a rough ride!
The quickest way to fall out with people is, discuss politics.

Does this help explain things?

FLYER Club Member
Like
Fri May 13, 2022 10:15 am #1911314
Sooty25 wrote:
Obviously everything stopped quite quickly, but it
> doesn't erase the relationship you've built with staff or the need to support
> existing warrenties doesn't.
>

I'd thought that there is no 'work' to be done warranties or not with the current economic measures?
Frank Voeten
Emails to first [email protected]

FLYER Club Member
Like
Fri May 13, 2022 10:30 am #1911317
The current sanctions aren't complete. Anything not referenced in https://www.gov.uk/government/publicati ... s-guidance can still be sold and it doesn't stop you still having or fulfilling contracts with those in Russia. Getting money or people in/out might be awkward.

) observations on Putin and Putin's Russia, including from a dinner where she sat beside him (as it turned out, put there precisely because she was deemed by her US - Brookings Institute - employers to look so ordinary that no one would pay her any attention). She had studied Russian only, it seems, because an uncle had been a merchant seaman on Murmansk convoys.

[There were also 'interesting' things she had to say about the former US President, in whose White House she worked and in whose first impeachment hearing she testified

She is an impressive character going from being a miner's daughter in NE England (having her accent invite disdain in Oxford) to a being a much respected (and after the impeachment hearings very well-known) academic expert in the US where the same accent, being recognisably British, was treated as an indication of authority

Flyin'Dutch' wrote:Sooty25 wrote:
Obviously everything stopped quite quickly, but it
> doesn't erase the relationship you've built with staff or the need to support
> existing warrenties doesn't.
>

I'd thought that there is no 'work' to be done warranties or not with the current economic measures?

I can't say to my UK customers "sorry mate, can't support the kit I sold you 6 months ago 'cos of Putin"

I supplied it before the conflict, I need support to honour the warranties. If I make no attempt to support the kit I've sold, 1. It'll all turn up on my doorstep, 2. I lose the customer.

It is not the fault of my customers, me or the small business based in Kaliningrad, that Putin invaded, but there are still problems to fix.

And if this is all over in 6 weeks time, we all need some relationships to survive if the world wants to rebuild.
The quickest way to fall out with people is, discuss politics. 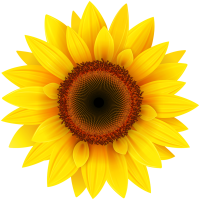 StratoTramp wrote:Lots more people publicly calling this a proxy war (I know it's obvious it is).

"The former Supreme Allied Commander of NATO said in a recent interview with the New York Times: “I think we are in a proxy war with Russia. We are using the Ukrainians as our proxy forces”. Since then, several U.S. politicians have confirmed this is a proxy war.

This is, of course, complete gonads and they should know better than to promulgate carp. Proxy wars... all wars... are executed by the prosecutor, not the defendant and so far Putin hasn't said that the Supreme Allied Commander of NATO, several US politicians and the big boys made him do it.

Can I also take the credit when Putin swings from lamp post before year end?

Rob P wrote:Meanwhile, in another impending battle Ukraine look to be certain victors.

The bookies are giving 2/5 on Ukraine for Eurovision.

Confirms that Eurovision is nothing to do with musical talent but all to do with petty and not so petty politics.

Any guesses who Cyprus will vote for ?