My wife took a call this morning about an old stray who had turned up in a village near us about a week ago. We popped over with a trap which the people who called us had agreed to set and keep an eye on. About an hour ago we got a call to say the cat was caught so we went and picked it up. As soon as we got it home my wife scanned the cat and found a chip. Tapping the number in to the website showed the cat was missing for 3 weeks from a home about a mile from where she was found. A quick call to the owner to give her the good news, then my wife was off again to reunite the grateful, tearful owner with the cat.

We get a number of such happy endings each year so the chips do work (and no, I do not have shares in a chip company

Bob
Shrek235, TheKentishFledgling, kanga and 3 others liked this
Visicover.com
The Home of Online Aircraft Insurance

stevelup wrote:In celebration of this, have a couple of these:-

This is Dexter the Maine Coon who is, believe it or not, just eight months old and already weighs 5.4kg. He is going to be a monster.

I've always wanted Maine Coons, so that I could pretend I had a small 'big' cat, if you know what I mean!

However, I started to worry about whether an appropriately sized cat flap would be so big it may as well be a door!

Besides, before getting too far along that thought path, Mrs AR had already found Red & Magnus and the die was cast, not that I regret these two of course!

You need a dog flap!

By eltonioni -  Sun Sep 08, 2019 8:43 pm
Like 2
Sun Sep 08, 2019 8:43 pm #1719109
These are Yorkshire Fighting Cats from an abandoned litter. When we first saw them as 6 wk kittens the ginger tom was halfway up the Cat's Protection League lady's curtains and his jelica brother was egging him on. On the left is (Tilly) Morrison (of Bridlington Spa) and Nixie (Plonx of Bridlington High Street) is on the right. 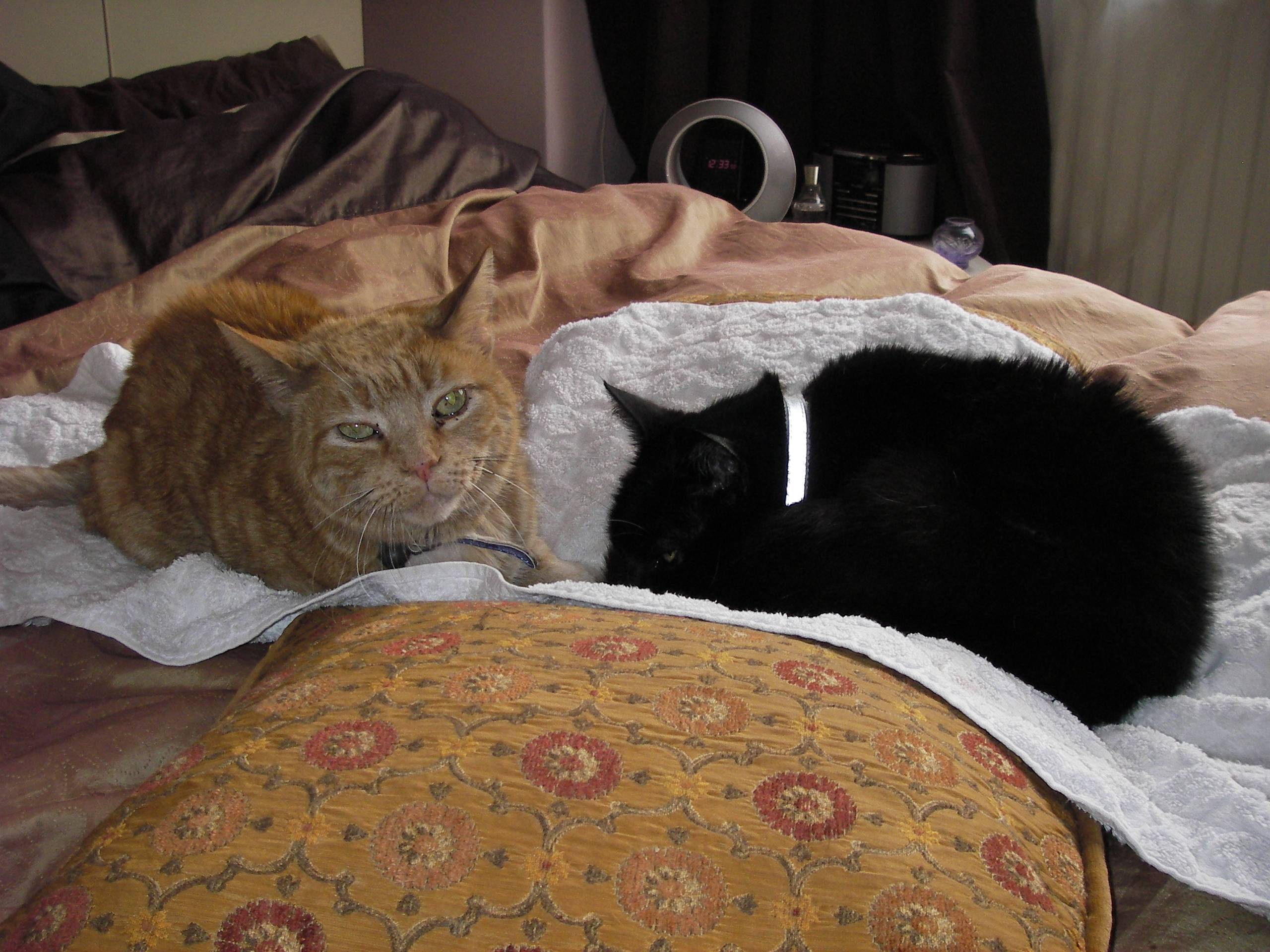 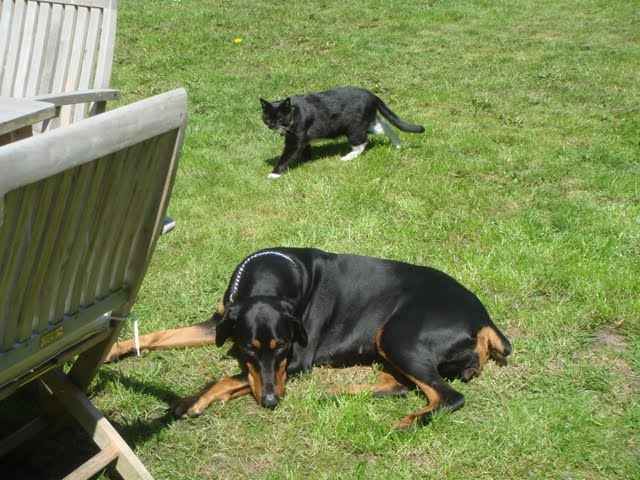 The Doberman that Nixie is giving evils is their best friend. They drew blood on every every other dog that's crossed the threshold, usually in a pincer movement with a distraction technique thrown in before a charge, a leap, and a full claw slash across the chops.
Shrek235, Kittyhawk liked this
Status updates:
Disco Tony: Nothing from Disco-Tony - 06 Sep 2016
Sheffield City Airport: Boeing on the runway 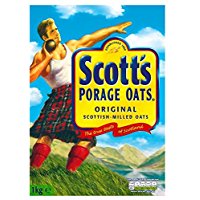 About a year later they were due to move and we asked what they intended to do with the cat. They said they would keep ‘him’ and move to the other end of town. We pointed out that Garfield was, in fact, female - and pregnant.

Cutting a long story short, we ended up keeping Garfield and the only female kitten of the litter. We tried changing her name to something more feminine, but she would only answer to ‘Garfield. She eventually became ‘Garfie’ which, to her, obviously sounded the same.

Eight years on, a couple of weeks ago, Garfie went off her food and lost a little bit of weight. A trip to the vet revealed she was in acute kidney failure. Rather than let her suffer prolonged, distressing and ineffective treatment, Garfie left us peacefully being held and comforted.

I’ve lost pets before, but this one hit me quite hard. Rather than select rescue animals like in the past, this one chose us and decided we were worthy to be her servants. The comfort is that we had eight years with the friendliest, most beautiful and scruffy cat I have known.

We still have her daughter, more of whom later. But this post is dedicated to the wonderful Garfie. 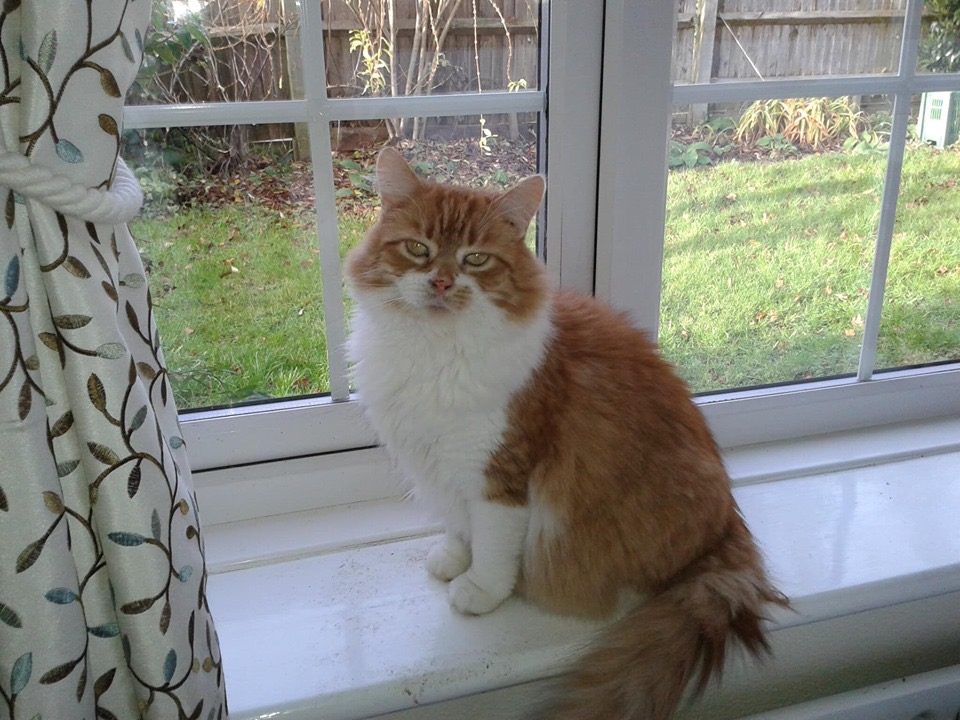 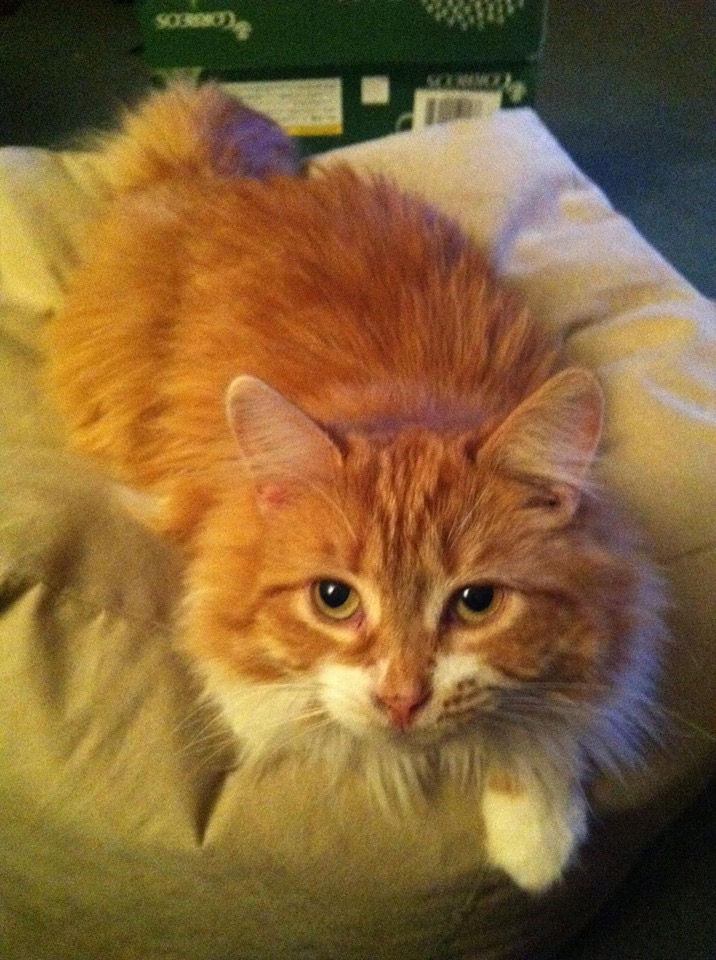 JoeC, Bob Bevan, Awful Charlie and 12 others liked this

Your lovely girl looks like Tigger, who isn't ours but lives in the street by our allotment. His people are on holiday at the moment, so he's decided to adopt us for a week - 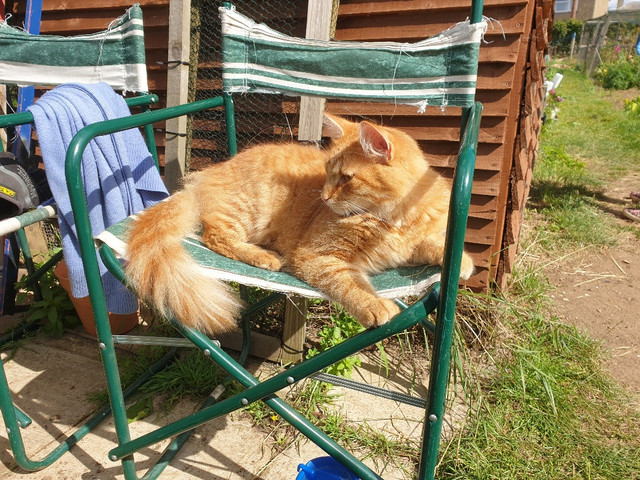 Dave W, ArchaicRider, The Other Ian liked this 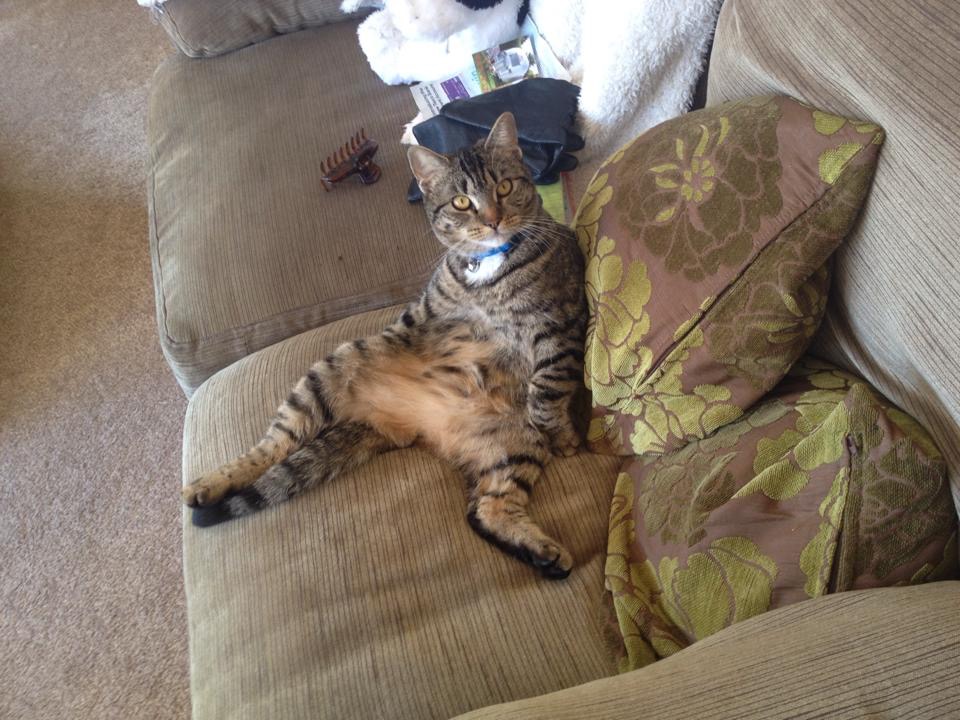 Likes: Frogs, mice , and the odd bat , Dreamies and beating up next doors complete idiot cat.

Dislikes: Vets, flea treatments, feet and most of all hoovers !
Kittyhawk, mick w, ArchaicRider and 2 others liked this 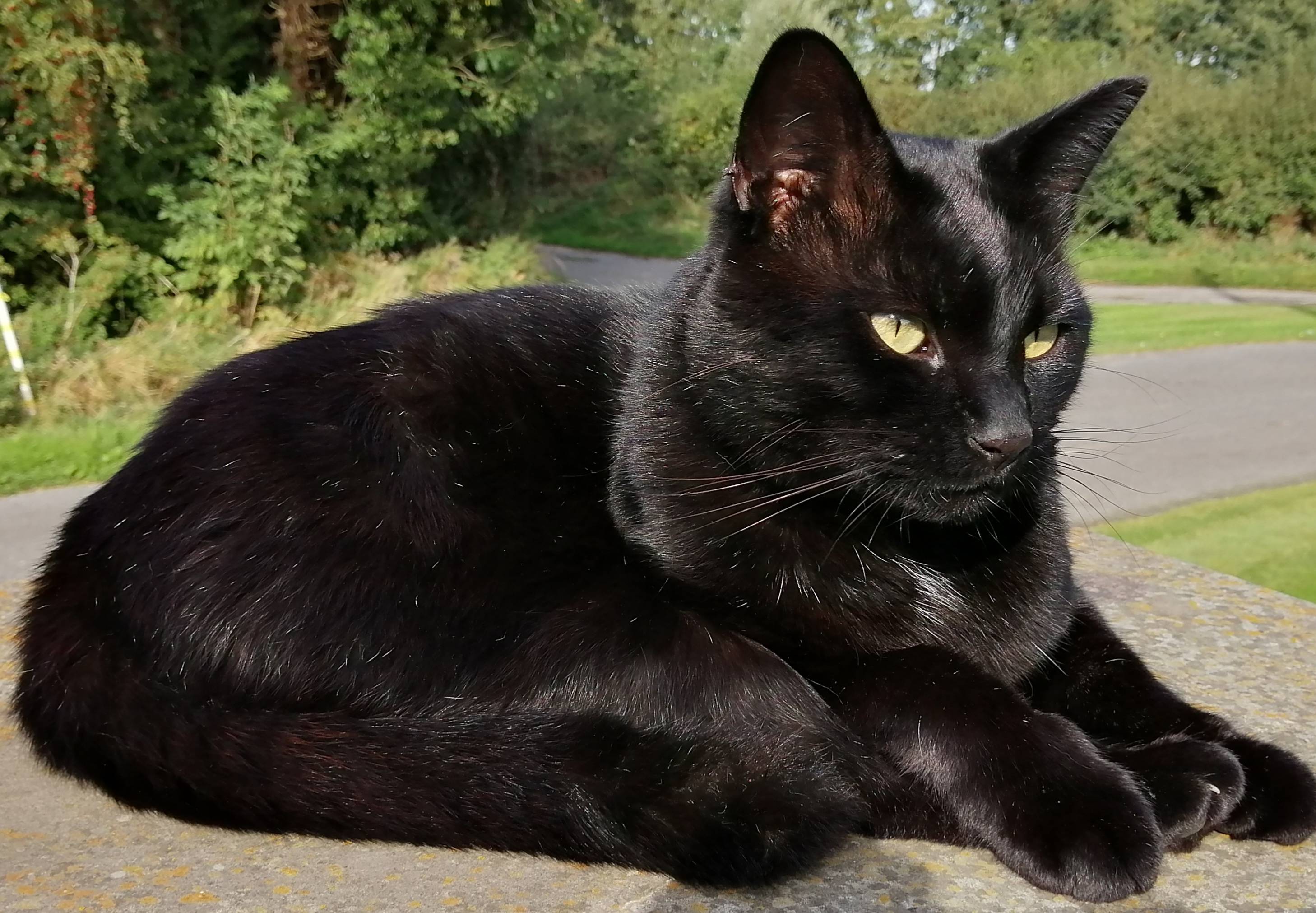 Rob P, Kittyhawk, PaulB and 2 others liked this