@FlyingBoot yes, it will be weather dependent. The wind was fine but the concern was the impending fog bank. I understand it’s quite a common thing at Glos as the fog forms over the Severn river and blows across the airport. When we left, the wind was relatively light but had picked up when we got back. You could see the fog front rolling closer as we approached. I’m keen to do the solo nav but actually in no major rush - it’s all flying and learning.
T6Harvard liked this
Student PPL, started Aug 21, C-152, EGBJ

Milty wrote:I just get so overwhelmed with excitement that I’m flying again that I think my focus lapses a bit at the start.

I can identify with that excitement.

Milty, T6Harvard, Jon G4LJW and 1 others liked this
You are still dangerous! You can be my wingman anytime.

Iceman wrote:For the first 25 hours of my PPL in 1995, I was far too busy looking out of the window, enjoying the views, to take in what the instructor was saying

I like that @Iceman -
"It's not that I didn't understand, it's just that I wasn't listening."

Yep, I'm adding that to my list of explanations

I actually ended up feeling sorry for my Kiwi instructor who was extremely good. He would sit there in exasperation sometimes, particularly when it came to Nav. Coincidentally, as he moved on to the airlines, I started reading the books and there was light. My second instructor had an unexpectedly easy time of it, finishing off my PPL.

Milty liked this
You are still dangerous! You can be my wingman anytime. 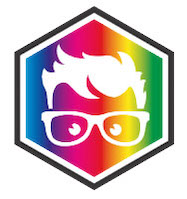 Iceman wrote:For the first 25 hours of my PPL in 1995, I was far too busy looking out of the window, enjoying the views, to take in what the instructor was saying

I find I am somewhat the opposite.
Obviously I am looking outside, but concentrating on the flying and learning and not always taking in the views.
Sometimes I have to remind myself to enjoy the view.
Iceman, Milty liked this

FLYER Club Member
Like 4
Mon Jan 31, 2022 9:23 am #1896483
@dalepearson, I think that you’re doing it the right way; there’ll be plenty of time for catching up on the views later, although it’s interesting as a pilot how much detail you miss. It’s often not until I’m a passenger on a flight that I notice things, even local to my home field, that I’ve never consciously noticed before. I was flying at Redhill for 8 years before I noticed that there’s a windmill on the downwind for 36; too busy concentrating on the tight circuit and missing Gatwick to notice as a pilot

dalepearson, T6Harvard, Milty and 1 others liked this
You are still dangerous! You can be my wingman anytime.

FLYER Club Member
Like 5
Mon Jan 31, 2022 9:30 am #1896484
I had the great fortune to be a pax yesterday and we did that most wonderful thing of weaving between clouds, at times watching our shadow cast before us. I'm still smiling.

Times like that make all the struggles worth it.
Iceman, TopCat, Milty and 2 others liked this

Rain and cloud was clearing when I got to the airfield so had bit of time to spare before we decided it was OK to do the solo nav. While waiting, I took the comms exam which I'm pleased to say I passed with 2 questions wrong. According to the feedback, one was to do with radio check and I don't recall a question on radio check. The other was about a read-back on entering a MATZ - it asked for the minimum readback required and gave one option as a full readback and 3 others as abbreviated parts. The fact that it asked for the minimum fooled me into choosing one fo the abbreviated ones. Anyway, it's passed and learning taken from it.

So, the weather was now good enough for the solo nav. I'm not going to lie, I was nervous. Instructor did not push me to go, it was my decision and I enjoyed it all, apart from the end bit...

First leg to Hereford was pretty good. Got height nailed and stable after the climb but track was a bit off to start with. Got that sorted though and all good. Pootle out to Hereford seemed to take an age with the headwind. I realised that you actually have a reasonable amount of time and rather than expecting to look at the map/ground references and instantly know where I am, it takes a bit of checking but there's no rush. Better to get it right than assume you are where you aren't. Turned towards Worcester and that track was better. Overflew my house. Turned towards Gloucester and was hearing that it was fairly busy back home at the airfield.

At the overhead, I was asked to descend deadside but stay deadside and he'd get back to me. I was also aware of another Robin behind me who was instructed the same. We were eventually told to both do a LH orbit dead side. I wasn't massively comfortable with that as I wasn't visual with it, but they said they could see me so round I went.

Coming out of the orbit, I was advised to join crosswind behind a Robin and a departing heli. I could see both but was a bit confused where this Robin had come from as it was behind before (so I thought) and had been told to do a wide crosswind and join behind me. I thought that I was being brought in first and the Robin had gone in front and was doing a wide circuit. My confusion was that there were 2 Robins and in my naivety, I ended up a bit too close on final as the Robin in front came across and in front of me.

I'm annoyed at myself because I knew the picture didn't look right but I was so convinced in my head that the Robin in front was going to be sent around that I called final but was given an immediate go-around. With hindsight, I saw what was happening and knew the the aircraft in front and below had priority and I should have gone around rather than calling final. I went around without issue and I'm pleased that I actually felt pretty calm and just got on with what was needed (scrabbling for a positive).

Second time around was less eventful in the circuit until the landing. On 27 with wind at 300/10. I'm not making excuses but a gust moved me off-centre a bit and I think I just wanted to get down so I flared too high and dropped with a good bounce from about 5-6' according to my watching instructor. No damage as far as we could tell apart from to my confidence and pride.

Back in the briefing room and the errors were reviewed. Instructor was surprised I'd been left dead side as long as I was and asked to do an orbit dead side with another aircraft. We unraveled what had happened with the two Robins. I'm sure it will come with time but in the air, I just didn't get the picture of one in front and one behind. I didn't question it with ATC as I'd convinced myself that the picture in my head was correct. Another lesson learned (human performance) to react to the facts in front and not what you are telling yourself. Landing wise, should have dribbled some more power in and floated longer (as we have that luxury at Gloucester) or gone around again, but that's easy to say with hindsight. I knew what I'd done was not going to end with a nice landing but didn't know what to do about it.

The circuit drama I'm not proud of, but comfortable that I didn't panic, reacted well to ATC corrections and wasn't actually that close to anyone to be an issue. I can take some good learnings from that experience.

The bumpy landing has shaken me up a bit. I have no reference of how close to being really bad it was. No bits broken, teeth all in the right place but safe to say, I don't want to do one like that again. I've asked for a circuit session next time if we can but with Glos runways being surfaced, I might have to wait or go to another airfield. I'm honestly unsure if it's the right thing to do. Part of me wants to get back up and correct it myself without the comfort blanket of my instructor next to me. Another part of me says get up with the instructor but my fear is will I ever feel confident to go alone again. I probably will, but right now, I'm nervous.

Sorry again for the long write-up. I'm a 'wear my heart on my sleeve' person. Be as brutal but helpful as you need to be with any feedback.

I'm taking the morning as a win overall - another exam passed, solo XC done without getting lost and plenty of learning points.

I'll be back later, after work.

I have one immediate thought though 'no puppies died'
Milty, lobstaboy liked this

I'm led to believe it is 2 hours solo circuit consolidation. That's what I've been told by my instructor which I've done (albeit last solo landing was 22/12).

I was just thinking back to my day, which was pre-JAA so don't mind me...
Milty liked this