By ericgreveson -  Tue Jan 11, 2022 9:00 am
Like 2
Tue Jan 11, 2022 9:00 am #1892904
Aha! I only got an email for one of the exams (Operational Procedures), presumably because of the "unique" way the CAA's online systems work, but I went in to the portal and I can get hold of the pdf that way too. It turns out that my knowledge is deficient in 010.05.01.01 which includes "Essential definitions, applicability of the rules of the air, general rules (except water operations), visual flight rules, signals and interception of civil aircraft". So that's not Q1 then... unfortunately I have no idea which of the other ones it was! Can always take another look at those sections though.

Good point about the "sittings" - it's probably a good thing that that's no longer the case, seems a bit of a strange (and confusing) restriction.

I don't think I would fare well in your forum response time competition, I will leave it to the experts

T6Harvard wrote:(I have the tab set open far too often while studying or, worse, working.

Forum procrastination whilst working. I am familiar....

(Sent at 10:30am on a Tuesday)
ericgreveson, T6Harvard liked this

Weather is meant to be good tomorrow but I notice that there could be fog/mist early on. Hope it clears for you. I think you mentioned that you will be flying from Duxford from now on. If so it means that I will not be able to see you from my window.
ericgreveson liked this 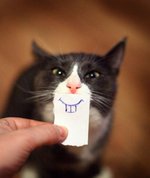 Hi @4535jacks, good to meet you! Maybe we will meet in real life, that is assuming I haven't met you already in passing... mapping usernames to humans is sometimes tricky.

And finally, more good news: got a last minute appointment with the optician and my fusional reserve is fine, i.e. I can look at stuff simultaneously with both eyes to the satisfaction of the CAA. That should mean my medical is now in the bag!
Milty, T6Harvard liked this

By ericgreveson -  Sun Jan 16, 2022 10:52 am
Like 2
Sun Jan 16, 2022 10:52 am #1893843
Quick update for future reference... had another circuits lesson (3rd one) on Wednesday, with 7 landings in total. This included normal, flapless, and glides (finishing the lesson with a glide landing). The PTT was working again so this was the first time I was doing the radio calls as well as everything else... mostly OK apart from a couple of longer instructions from ATC (due to traffic) which I didn't quite read back correctly, but hopefully this will come with practise! Very little wind, so the circuits and approaches were a bit easier, but I still need to work on the flare height and get a bit more consistent with that. A couple of good landings in there though. Other points to work on: keep it more central on takeoff / touch and go, and try to tighten up the altitude keeping on downwind / base turn...

Other progress - medical is now approved, and I've started revision for Principles of Flight, Aircraft General Knowledge, and Meteorology... next lesson hopefully on Wednesday!
T6Harvard, Milty liked this

By ericgreveson -  Sat Jan 22, 2022 11:03 am
Like 1
Sat Jan 22, 2022 11:03 am #1894914
Diary update: Another circuits lesson, this time at Duxford for the first time. It was great to be able to drive in at the staff entrance and park next to the tower - I've only been there once or twice before as a paying member of the public! Started off with a briefing about the new circuit to learn - left hand, but with a two-part final (diagonal approach before straightening up for the runway on short final). There was a longer upwind leg than I was used to from Cambridge, such that the turn to crosswind came at 900-1000ft typically, meaning some combined turning and levelling off / throttling back which took a bit of practice! Also there is a gas venting station to avoid (but keep close) before turning base. It was an overcast day, which meant no worries with glare from the sun, and there was only a gentle crosswind from the north-west. There were some other things that were new to me, too: the aircraft (another C152 with nearly identical kit to the usual, so nothing to worry about there) and the AFIS rather than ATC that I'm used to.

My instructor handled the radio for the first couple of circuits, which made things a lot easier, although I still didn't get the circuit headings exactly right and let the track drift a bit, including descending 80-100 ft on downwind in one or two circuits due to not paying enough attention. In fact, I just looked at https://www.flightradar24.com/data/airc ... a#2a90c2d5 and it doesn't seem too bad after all, though I can see that on upwind I didn't quite maintain the runway heading a few times due to the crosswind - something to work on.

I took a bit of time to get used to the approach and especially the right height on final - did a couple of good landings when using full flap, then tried some flapless landings which previously had gone well, but I was consistently about 5 kts too fast on approach this time. Also, when doing the radio calls, it was quite a lot to fit in especially as there seemed to be a lot of traffic and took a while to get a word in edgeways at times! On the plus side, the landings weren't terrible, I think my flare height is improving and there was only one that had a bit of a "thud". Fingers crossed that this persists to next lesson... hopefully tomorrow, back at Cambridge!

I've also booked in for the next few theory exams (Met, Aircraft General and Principles of Flight) tomorrow before the lesson, so will need to hit the mock exams a bit later today...
T6Harvard liked this

Did you get the goss about Germaine Greer's house and consequent complaint from her about the noise. From an airfield. That has been there longer than she has. ?

Duxford is such a fabulous place, isn't it?
ericgreveson, Cessna571 liked this

FLYER Club Member
Like 1
Sat Jan 22, 2022 2:08 pm #1894968
Looks very good to me. I’m not an instructor or examiner so I now to others feedback but it doesn’t look like massive drift to me. It’s good to set high standards but remember you’re learning and not the polished article yet.

Not bad at all (GPS tracks tend to drift a bit anyway, depending on how frequently the data gets updated). I'm interested in the ground track that an instructor takes you on. I normally turn earlier to base to avoid overflying Hinxton (although it is the one village that the general flying orders don't tell you to avoid), but otherwise I'm pretty similar. Visiting aircraft can fly a quite different circuit!
ericgreveson liked this

T6Harvard wrote:Did you get the goss about Germaine Greer's house and consequent complaint from her about the noise.

Haha - no I didn't hear about that! Which one's her house again?

Milty wrote:...it doesn’t look like massive drift to me...

Thanks - I'm not sure exactly what is "good" either - I could tell when I was a bit out of line on the DI a couple of times, but I guess it is a bit more variable due to the "non rectangular" circuit so I guess I was close enough with the ground reference points! The altitude is the one that I consistently lose a bit (usually 40-80ft) on downwind, my instructor pointed out it was probably due to the slight power drop with carb heat on during downwind checks, so I just need to keep an eye on that!

tcc1000 wrote:I'm interested in the ground track that an instructor takes you on.

I think it was my instructor's first day doing circuits at Duxford (he's usually at Cambridge) so he was trying to figure out exactly what was best too! The ground reference points we used were:
- turning to crosswind to track along the hedge line going roughly southeast, at the western end of the field with the circular copse of trees in it
- turning downwind past the circular copse and just inside the kidney-shaped copse
- going just south of the gas venting plant so it passes under the left wheel
- turning base over Hinxton to stay inside the A1301
- turning final before the BP / McDonalds roundabout and going over the white "tent-like" industrial unit
- then line up with the runway

I see what you mean about the possibility of turning base a bit earlier (after the railway line but before Hinxton) - next time I'm there, will see what my instructor thinks! It was definitely a slightly longer final than we would normally do at Cambridge, so cutting in a bit more could make sense...
Milty liked this

You can fly to the left of the gas venting station, there’s a little gap to aim for.

From the other direction, turning overhead the wind farm to the east and flying 240 (runway heading) will put you on the threshold! It’s almost like they were placed there deliberately for a straight in.

Good to hear you didn’t descend till final..
it’s a long low drag in if you descend on base. Most don’t even reduce power till after turning final.


You can fly a 500’ bad weather circuit at Duxford, you turn base before Duxford village and fly along the M11 !
It’s very tight though.
ericgreveson liked this

tcc1000 wrote:Visiting aircraft can fly a quite different circuit!

I’ve seen people fly straight past both woods on circuits, and fly a downwind leg out in the countryside.

(It’s very perturbing when you’re looking for 1 ahead and find out he’s off your starboard wingtip!)

When I’ve queried this, I was told some instructors do it with students as it also gives an absurdly long base leg to give the student time.

Time for what I’m not exactly sure.