T6Harvard wrote:I'm saving anything more recent for the drive to Scotland in a few weeks time because MrT6 sings the hits of the 80's and 90's on any long journeys

Yet another reason to get your PPL: when you fly you won't hear him sing. (Provided your aircraft has a modern audio panel where you can block him.)
T6Harvard liked this
Autocorrect is so frustrating. It's always making me say things I didn't Nintendo.

But an ANR headset for the car? Now that IS a good idea

tr7v8 wrote:it cheered up
:
My brain is just about recovering now

PS, I turned the music off on the way home, it was interfering with the lovely views

The pre-flight, fuel checks (inc the jumping up bit...), wrestle with seat position and seatbelt were, at last, dealt with in a timely manner.

The first new experience was.... not being able to taxi!  We were parked on grass and I couldn't get her to move off because all the rain overnight had made the ground so soft. My Instructor rocked us out and then it was over to me to do the power checks etc. I finally remembered the one thing that has evaded me during the pre-take off checks... I had realised it is not on the printed checklist so I wrote the darned thing on last night! 'Hold yoke back' before 1700 rpm check.

Taxi onto the runway and line up the castoring nosewheel. That castor still bothers me but I got it straight and was happy to have a glance at the engine gauges to confirm all 'in the green' and we are good to go. Kept straight and pulled back on the yoke at 50kts then I got that voice in my right ear " more right rudder." Doh, I know I should have this sorted by now.

I was pleased with the levelling off, my best yet, much more co-ordinated and timely, thankfully.

Then we did a short practice at slow flight. I was annoyed with myself though - could have done better. No idea why I struggled, we've done it before! I got a dose of the exasperated voice again

I happily flew S&L back from the practice area towards the airfield for the rejoin.  *Later debriefed as very good*. Before Christmas that had actually seemed impossible so although I know full well that in the grand scheme of things it is a small achievement, it made me happy.

We got the ATIS,  I managed the maths for QFE, reset Alt and DI without too much disturbance to S&L and completed rejoin checks.

I had even remembered the appropriate headings for the turns so I am now flying Downwind at 1,000', parallel to the runway, checking eleventy billion knobs, dials and switches, looking out for traffic on final, while working through the downwind checklist and keeping s&l (or, in this case, slowly descending because I couldn't do it all at once and clearly hadn't trimmed properly!

I am confident this leg will improve pretty quickly though. But .......then....

I am told that the turn onto base leg should be made when we are at 30° angle from end of the runway. I keep looking back, the runway is way behind us before I hear the instruction to turn. I also realise I have drifted in a bit. This is gonna take some getting used to. I shall have to do some reading before next lesson.

Then it really begins to demand my full capacity, of course. I hear the patter, understand the words and the principle but......some parts work, others don't.

I put 2 stages of flap down and we don't balloon, so I think that's good

, then I reduce power a little but I can see we are hardly descending. I eventually let the nose drop to a more appropriate attitude, turn onto final, add another stage of flap, reduce airspeed to 65 kts, and we are slightly wide! *Thank goodness I didn't see that Denver collision till later*  Regain flightpath!

I know this is planned to be a go-round, for which I've been well briefed, but I am wondering if I'll manage the transition.

Lining up was going OK, watching airspeed, rate of descent, add a touch of power, and keep straight while the wind is trying to blow us to the right a little. We are at decision height and miraculously I close carb heat, add full power while keeping the nose down, apply more right rudder and remove one stage of flap in short order, then fly slightly to the right to look down at the runway on my left as we climb away, bearing in mind to remain below circuit height.

I had thought I may mess this up but I could control that lot reasonably well, by no means perfect but no-one got scared! Plenty of room for improvement but for my first attempt it was OK. You will notice that I didn't do the radio calls on this lesson. My Instructor has a good handle on my ability to take on a limited number of new tasks and he worked the radio this time

We did 4 circuits. One I lined up well, one I was WAY too high, one my Instructor demo'd and the last one he landed, giving me control immediately we touched down.  I still feel that there is a chance I'll run us off the runway with my ham-feet-edness, but don't tell my Instructor.

I taxi'd off the runway and did the after-landing re-sets from memory, but just as we were taxiing back the Air Ambulance called to say he was taking off. He confirmed he had us visual and we radioed to say they should go ahead of us. I slowed and then stopped while they hovver-taxiied in front of us. So another new experience.

A VERY busy lesson.  I was thrilled to do so much but also cross that I was ropey at some stuff that is not that difficult, but I suppose when I compare this lesson with the 2 bad lessons I did before Christmas I have definitely progressed, albeit slowly! and I can't wait for my next lesson.

Oh, and another milestone..... I now need a kneeboard of my own - It's like growing up all over again, another step towards independence with the associated excitement and cost

I have rambled on again. It's just that I can't believe I am doing any of this!
tr7v8, Miscellaneous, bladerunner911 and 3 others liked this

T6Harvard wrote:Taxi onto the runway and line up the castoring nosewheel. That castor still bothers me

What's your aircraft? Sorry if you've said already and I missed it.

I have rambled on again. It's just that I can't believe I am doing any of this!

Ramble away. It's always interesting, and it's lovely to see the enthusiasm. It's a nice change from the knarled cynical curmudgeons that most of us are much of the time

By tr7v8 -  Thu May 13, 2021 5:35 pm
Like 2
Thu May 13, 2021 5:35 pm #1846779
Sounds great T6. Yup been there got the T shirt. I am one lesson on from of you effectively. I'm on 13:15 but done 2 hours of circuits, managing around 6 per hour & lesson. First hour of that was pretty windy & I spent more time trying to keep us level than concentrating on the rest. Rochester is pretty scary for learning circuits! 02 is in over the trees & 20 is in over Chatham & all the houses. One thing you can do is look at FlightRadar24 & enter your aircraft Reg. You can playback your lesson & see how good the overlay of the circuits is. My first one was like a drunken spider but the second hour was a fair bit better. Keeping the downwind leg parallel to the runway is a challenge, especially if busy.
bladerunner911, T6Harvard liked this 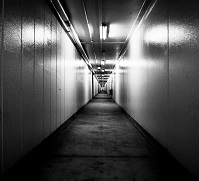