By Miscellaneous -  Fri May 15, 2015 2:00 pm
Like
Fri May 15, 2015 2:00 pm #1374594
A very pleasant afternoon trip to top up our oil supplies from Far North Aviation at Wick. Inverness to Wick via Ullapool as far as Sandwood Bay where we turned south east (since we couldn't get above 55 000' to go over Cape Wrath EGD802) and then east following the north coast of Scotland with Orkney visible in the haze and lochs and mountains aplenty. A quick stop in at Wick before returning to Inverness via the east coast. A thoroughly enjoyable day out with varying weather and scenery.

As for other traffic, we heard one GR4 talking to Scottish, there was an SEP left Wick as we approached and a helicopter passed under us soon after leaving Wick.

And from the north of Scotland to Lands End. A video I took yesterday from my jabiru microlight share flying from Sennen south around the coast to near Penzance, inadvertently gate-crashing an ongoing performance at the Minack outdoor theatre.

By richtyler -  Tue Jul 28, 2015 3:27 pm
Like
Tue Jul 28, 2015 3:27 pm #1391799
On the way back from Oshkosh we made a slight detour down to South Carolina before heading back to Portsmouth New Hampshire and as such took the opportunity to fly the New York VFR Corridor at night. Sadly the camera's didn't do the sight justice but here's a view from one camera on our wing.

Miscellaneous wrote:A very pleasant afternoon trip to top up our oil supplies from Far North Aviation at Wick. Inverness to Wick via Ullapool...

I went to high school in Ullapool and grew up in Achiltibuie. I can see my parents house in your film, just as you complete your turn

Messing about in an SSDR Eindecker

This is me practicing this years BAeA Standard Known Sequence over Greenham Common, followed by some fairly poor flick rolls - which I am just starting to learn. 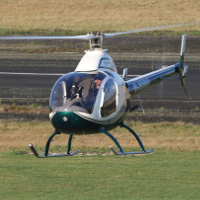