pplmeir wrote:I think wingly looks good too although I havent used it. I may give it a try.


Seem to be some grumpy types about this thread

Who is being grumpy?

As for the apparent thread drift...

Would it not be a massive contradiction to be a supporter of Wingly and also a purchaser of ridiculously overpriced cinema snacks?

You could easily spend, in one visit, what you saved on the previous flight!

Paul_Sengupta wrote:Cost sharing might be an issue in the Veep!

Wingly wrote:Is it legal for a pilot to share costs using Wingly?

Yes. According to the European regulation, (see art. 6 paragraph 4a regulation (EU) no. 965/ 2012) pilots are allowed to share flights as long as the aircraft does not exceed 6 seats and has a non-complex power unit. Pilots are only allowed to share the direct costs of the flight, they cannot make any profit. Wingly's policy is that the pilot pays the same share of the flight as the passengers, or more.

So with that in mind, I looked at a few of the offers currently available. One immediately struck me.

From Cranfield, an hour's flight to take a look at Silverstone from the air. Two seats are on offer in a Piper Archer for £94 each. So assuming that the pilot pays too, a total price of £282. Landing fee for a Cranfield resident is around £14 and renting a PA28 is around £180 an hour at Cranfield. The maths suggests to me that this particular pilot is not contributing, and that the passengers are picking up pretty much the entire cost.

I won't post the link, it is easy enough to find, and there are many similar offers with questionable pricing - many more heinous in fact.

So it appears to me that Wingly don't really police their crop of pilots and (presumably) respond only to complaints.

My second concern is the lack of equality of knowledge. We as pilots know (or should know) the risks we are taking when we fly. I am not convinced that passengers always do. I would be cautious about getting into a light aircraft with a previously unknown private pilot - especially if I was going to be sitting down the back. Does Wingly do enough to educate potential punters as to the risks they are running?

On the subject of Safety, Wingly offers this thought:

In order to ensure safety, security and trust within the Wingly community, we have created a rating system for users. After a shared flight, both the pilot and passenger are invited to share their experience and give each other a rating from one to five stars. This makes it easier for passengers to identify a pilot that is trustworthy and for pilots to do the same for passengers before confirming the flight.

So my safety is based on a pilot clocking up a few stars with other punters before I chance my arm flying with him. And we hope that those who rate the pilot are capable of spotting the things which might pose a threat to future flights conducted by that pilot.


It doesn't feel good to me, but clearly this is something that splits opinions in the pilot community.
IFR Flying Videos 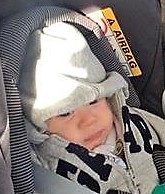 What an excellent business model.

(15% + £4 if my Googling is correct)
"We sleep soundly in our beds because rough men stand ready
in the night to visit violence on those who would do us harm."
- George Orwell-