It's been indicated by the CAA that the following VOR's are scheduled for decomissioniong, starting in 2011.

are they barking mad?

is there a safety case?
there are two sorts of people
those that can extrapolate from incomplete data . . .
Mike McP

By CaptChaos -  Thu Sep 03, 2009 6:16 pm
Like
Thu Sep 03, 2009 6:16 pm #782249
I am sure I am missing something. VOR mandated in IFR fit, most of GA fleet don't have approved GPS (and GPS does not seem trusted by CAA for GA) so the nav aid most recommended/reliable and usable (other than GPS) is having its cover significantly reduced, especially those that can help you stay out out of CAS. Does this start on 1st April or is it a cunning plan to get more revenue from infringements fines?

Must just be cost cutting and stuff the safety impact. Good job that an impact analysis and consultation does not need to be done first........
CC
DA & FI
Please contact me via email.

Honestly, who thinks these things up?

I very, very rarely use VORs in anger. Actually I probably use NDBs more than VORs.
Timothy
Not sent from my iPad.

Mike Cross wrote:It's been indicated by the CAA that the following VOR's are scheduled for decomissioniong, starting in 2011.

Will the associated DMEs be axed too?

What is the schedule for phasing out these VORs, and what realistic alternative are they proposing ? 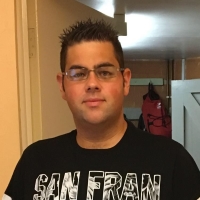 I have also asked HOW to respond to the consultation - specifically to whom and by what medium.

I was going to post all this once I'd had all the answers. The person responsible for the consultation process had the temerity to write to me stating:

"GA pilots operating VFR should be navigating by means of a map and not relying on instrument navigation aids."

Presumably he's never heard of VFR on top? The Flying Prevention Branch do not dictate to pilots how they should fly! This proposal is a clear threat to air navigation safety and must be vigorously opposed.

The reason NATS En-Route Limited wants to decommission these VOR beacons is because they've failed to make significant investment over the years and the beacons are no longer fully supported by the manufacturer. So to avoid the need to spend money, they're trying to bin most of the VORs on the assumption that the only people who will really need them will be those airline operators whose PRNAV systems require external fixing references.

There is NO chance that non-IFR GPS systems will gain further approval. So those "Oi'm considerably richer than yow" private owners smug with their gucci Garmin glass will be all right, Jack, but the overwhelming majority of club pilots who currently use VOR with or without non-IFR GPS will be left out in the cold.