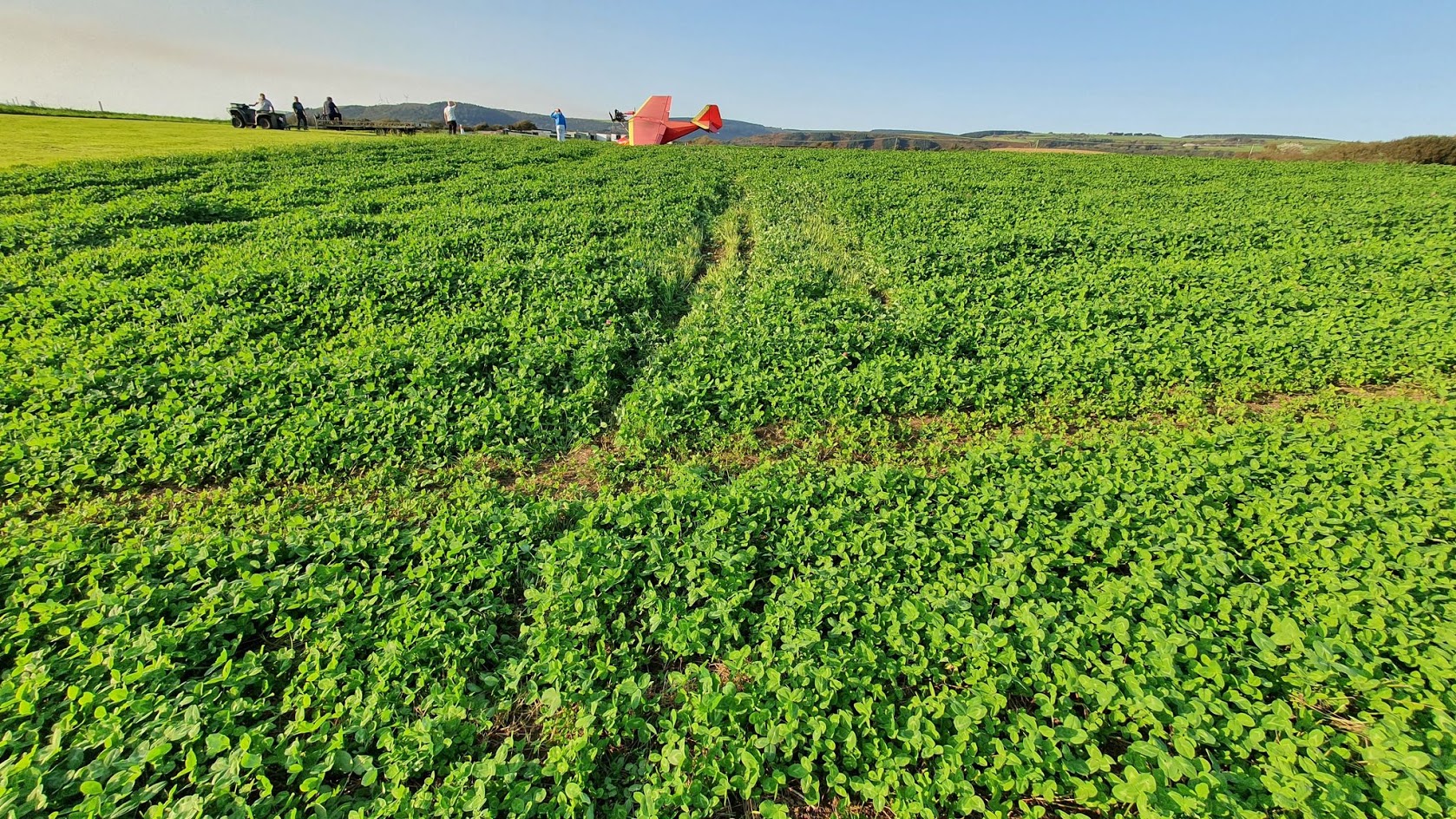 All newly re-mojo-ed, off I set to get back current in the little X'Air. Perfect conditions. How could I fail to get a job lot of landings in, post-permit and post-lockdown ready for some autumn and winter flying?

If the sodding thing stops at 700' on climb out that's flipping well how. 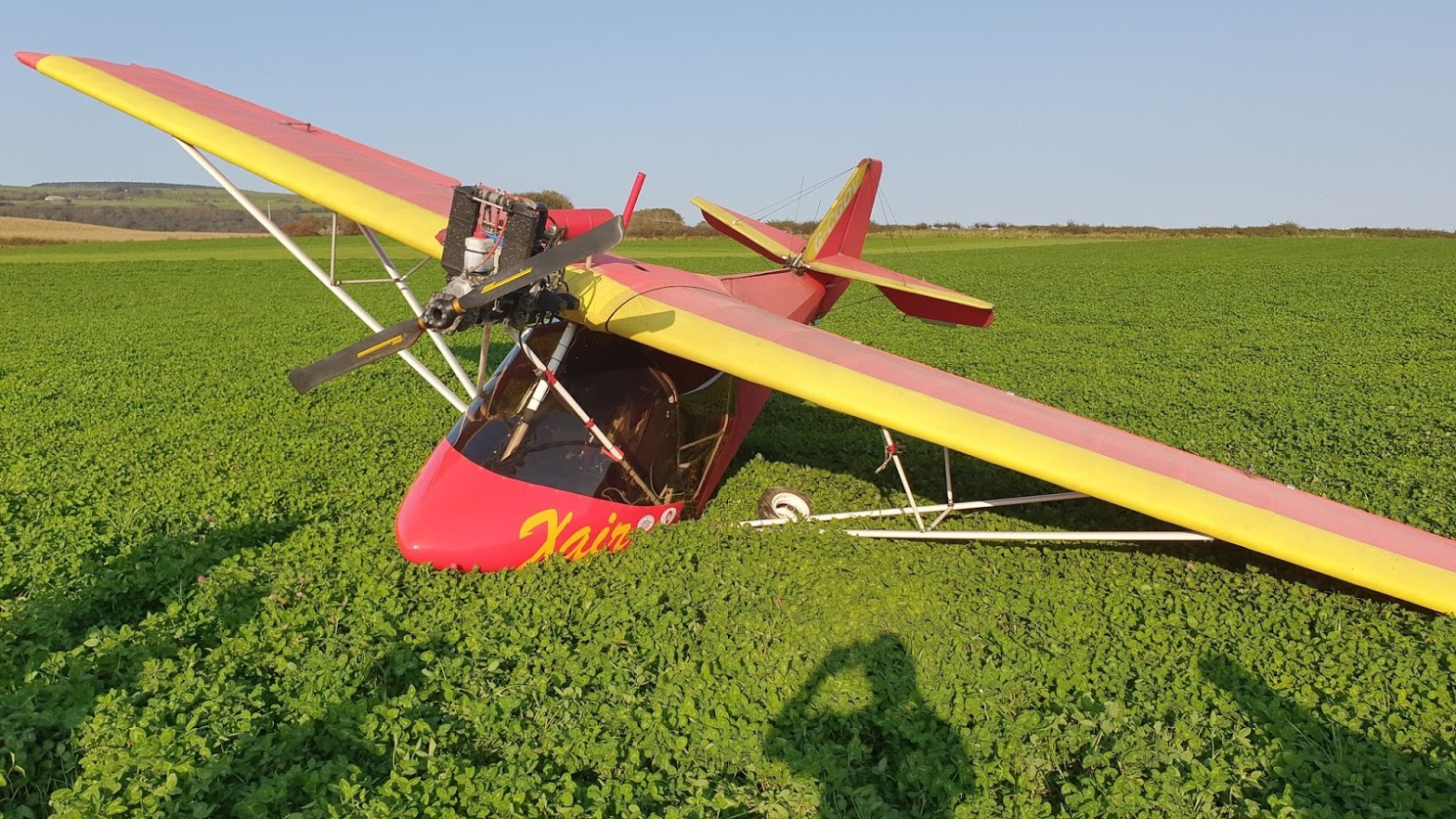 Old Park is lovely and more than adequate for microlights but one of its issues is an obtructed climbout. Turning inside the cables wasn't a problem but doing it with enough airspeed to not frighten myself, left me with a bit of speed to lose once I was lined up on my intended spot and I overshot into the crop over the hedge.

Which was steeper than I thought - it's near to one of the runways and in my head, my mental model of that terrain isn't as steep as this bit of it was. So we arrived somewhat on the upslope.

The X'Air is the most fantasically robust bit of kit though - the undercarriage took a beating but passed almost none of it on to the squishy humans. (Remains to be seen where else it's transmitted it of course.)

Still seeking a definite cause. There was zero warning in terms of the performance up until that point. Engine turned by hand and felt like there was compression and there was fuel in the carb bowls when we looked on the ground.

For Would Do Differently, chiefly I wish I'd comitted harder to the touchdown point, I could have sideslipped or made the turn more drawn out to lose the height.

And failing that I wish I'd remembered about the Really Steep Bit at the bottom of the field. In my head the airspeed and descent were right and I'd just started to roundout and had a decent few seconds left to go, when thump we were down.
Miscellaneous, PaulSS liked this
"Let's go flying"
Scribblings of a novice PPL

Really glad that you walked away unharmed, the X'air will doubtless mend.
John Milner Fairly tolerant PPL/IR flying a TB 20 from Gloucestershire

It seems like you made a neat job of it - well done.

We're still very very speculative on possible cause but one possibility in exploration is ethanol damage to fuel lines - it's out there happening folks - keep eyes open to it eh?
"Let's go flying"

With my Timothy’esque number of engine failures now in twins, I’m hoping I’ll be spared the single engine one