That's the thing that I find interesting about UFOs. Not that they might be some bug-eyed monster from the other side of Alpha Centauri but that people, lots of people, thousands of people are seeing something they can't explain.

It is probably the case that 20% are perfectly normal aircraft misinterpreted by people; 20% might be stars or planets; and 20% might be meteorological conditions that people hadn’t seen before. It’s possible that 10% of all reports are hoaxes; 10% could be satellites; 10% might be meteors or meteorites. Perhaps 5% are weather balloons; and 2% could even be flocks of birds; another 2% might actually be experimental aircraft of a type not seen before or admitted to; but that still leaves 1% unaccounted for. There are so many reports from so many places all over the world that there is something that needs to be explained, something happening that we just don’t yet have the ability to comprehend just yet.

In the same way as the ancient Greeks explained the movement of the Sun as the god Helios riding his fiery chariot across the skies (and the Welsh have, apparently, still yet to come up with an explanation for the one time it was sighted) or Norse mythology said that lightning was created by the hammer of Thor, we say that UFOs are aliens or even time-travellers. The truth is, nobody seems to have any idea and I find that fascinating.

They are something, though, and, hopefully, something that one day we’ll be better off by understanding properly.

JAFO, you missed Chinese Lanterns. Pretty sure they have to account for a good 40% of sightings. 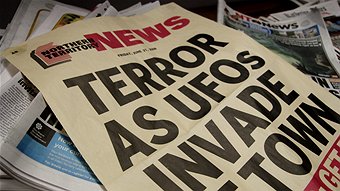