The Self-Improver by Nick Eades

FLYER Club Member
Like 5
Sat Jan 15, 2022 10:29 am #1893659
I've just read the above book, the first part Nick Eades' autobiography. I thoroughly enjoyed it, although one or two parts had me very tense (even though I knew he survived

The book covers the fascinating story of how he managed to get a toe-hold in aviation via some outlandish circumstances. His attitude to his University course had me howling with laughter. Then moving from a rip-off school in the US where he went to hour build, to flying a businessman who had a PPL and wanted to fly himself to meetings, getting his jet rating because same businessman wanted to get there faster, to running a charter business from Gatwick in his mid-20's.

He retired last year as purportedly the highest hours 747 driver in the world so not a spoiler to say he eventually got taken on by the airlines, but his story of how he got there is amazing.

Lots of humour, lots of hard work, and it takes you along on a great read.
Rob P, JAFO, tr7v8 and 2 others liked this 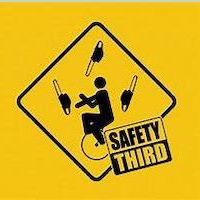