Wonderful place. Probably the most beautiful place I've ever set foot on.
Andrew Sinclair liked this 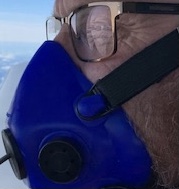 Wonderful place. Probably the most beautiful place I've ever set foot on.

patowalker wrote:Me too. Landed by Zodiac and did the last part of Shakelton's walk into Grytviken. Unforgettable.

I have some of my best memories March - November 1992 with Worcestershire & Sherwood Forresters, PWRR and Kingos. Lived in 'Customs House'
Bit of a photo of a photo but this hangs on the wall in the orifice. Taken on the way back courtesy of RFA Dilligence. 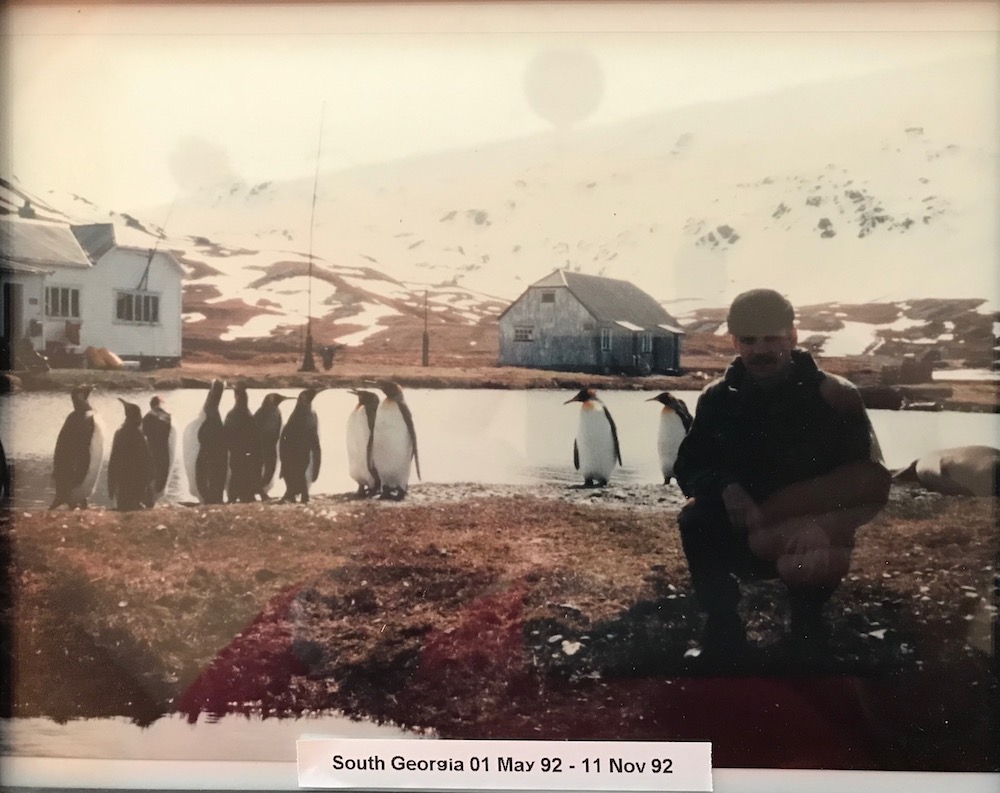 Andrew Sinclair liked this
Antagonise no man, for you never know the hour when you may have need of him.

.., those of us in the know will start getting misty eyed at BATCO ...

Some of us can remember BATCO replacing Slidex, having been initially trained on the latter

ChampChump wrote:So for those for whom Charlie Charlie is the last part of the call sign...?

There were at one stage two such based at Staverton, and I had flown both

Ack Ack was an old response to German (and Italian) traffic that hasn’t been used for a long time.
If you use Ack Ack now it would be against regulations, and you would have to shell out in fines.
Likewise if stray Germans used it.
Rjk983 liked this
MichaelP
Wandering the World

ah, 'Cove Radio' on HF for some of us

BEX wrote:<nostalgia mode>
Ahhh the joys of Speechless code. Combined with a no compass no gyro (radar vectored) approach, these could be endless fun .....

"make all turns rate one, start and stop each turn with the command NOW".

Actually combined with a PAR this could be lifesaver. We could get an aircraft safely back on the ground, in IMC, with a minimum of serviceable instruments. Never did it for real, but had lots and lots of practice...

(Chevvron will remember, because he was good at them... me? just average)

Thank you for your flattery Bex; not often I get that on this forum.
I'm certain it was at least mentioned on my Approach Radar course back in Feb '74 because I remember trying to use it during the 'live' training phase where we either flew in the CAFU Dove or vectored it for SRAs, then on 21 Mar 74, less than 2 weeks after I arrived at Farnborough, the late Reg Ford (aka 'Honey Monster' and later an instructor at CATC) suggested I 'scrounge' a flight with one of the test pilots who was programmed for solo continuation training (C/T) in a Wessex helicopter and we actually did a practice speechless/NC-NG into a PAR (I was in the left hand seat) as part of his C/T.
All military pilots have to do a 'practice' speechless every 3 months so Farnborough controllers not only got practice doing them with our own pilots but with pilots from RAF Odiham too after we took over the responsibility for Odiham Approach Radar.
When test flying departed from Farnborough and Odiham got their own radar, Talkdownman would keep me in practice on 125.250 whenever he was up with a student.
My last ever one was a real one when I was a FISO at Fairoaks; in about 2012, I was notified by first Farnborough then Heathrow that an 'N' reg helicopter inbound had experienced radio failure; moments later I heard a 'burst' of carrier wave on my frequency (if he had tried that with the two radar units, I dare say the controllers would have had no experience of handling such a situation) so I transmitted 'aircraft calling Fairoaks carrier wave only if you are Nxxxxx make one long transmission' and sure enough I got a long transmission so I carried on with the speechless procedure. Glancing round a few moments later I discovered I had accumulated an audience of other FISOs and pilots who had never seen or heard this done before so it was a useful 'lesson' to all present.
Last edited by chevvron on Thu May 06, 2021 9:09 am, edited 2 times in total.
kanga, Talkdownman liked this
There's only one 'F' in Fulham

Andrew Sinclair wrote:This procedure is reproduced in part below:

I've started so I'll finish.
That last line ' -..-' aircraft has further emergency; what happens then?
The controller will launch into the 'HEFOE'code asking questions in the following order:-
Is it-
Hydraulics
Electrics
Fuel*
Oxygen
Engine*
*Always struck me as odd that these two should come so late; surely if your engine is failing due to fuel starvation, that is most important?
Anyway one day a Farnborough test pilot in a Hunter did this but not when I was on radar.
The pilot indicated he needed to get down asap and the controller vectored him for a visual approach; by the time he'd run through the HEFOE code the pilot was visual and did a quick circuit and landed.
Half an hour or so later, he phoned up and said 'just in case you're wondering, the 'further emergency' was that I was bursting for a **** and needed to land asap'!!


And then there’s ARCAL.
MichaelP
Wandering the World

You modern guys and your new-fangled codes. Even in my day (ZZzzzzzz) it was HEFOE. I think it was designed that way so the two 'E's could possibly be confused

MichaelP wrote:I do remember four dots, Morse H for homing, but never used it.
These codes are lost to reliable radios.
Are ATC trainees taught these codes today?


And then there’s ARCAL.

Not civil ATCOs any longer
Cub