So what WAS rusty when you flew?

But I did leave my keys to the aeroplane in the locked car the keys for which were in the locked hangar so involved me unstrapping etc etc etc having only discovered this after we were both belted in.

That's an interesting coincidence. I also had my Y2 Pu/t hour yesterday and had a keys incident.

Just after buckling up about to start, I picked up my headset and managed to flick the keys off the 'shelf' under the canopy at the front (does that have a name?)

They were sucked, obviously with evil intent by some malevolent spirit, into the gap between the front seats, where they fell, through an impossibly small gap in the plastic moulding, into the inaccessible space occupied by the trim wheel and associated cabling.

This is an obvious no-fly condition, as having a loose object such as a set of keys down amongst the control cables is a serious hazard.

I have encountered that evil spirit before, so I have a telescopic 'magnet on a stick' in my flight bag, and managed to retrieve the keys, very carefully not troubling the cables, and all was subsequently well.

I'm worried now that in defeat, it will devote its energies to devising another ingenious scheme to frustrate me.
Rob P, T6Harvard, MichaelP liked this

I looked down to see three green lights staring at me:

T6Harvard liked this
Pete S as was

How much of that to put to rust and how much to being back in a Tomahawk after the “it’s-got-flaps-but-meh” X’Air is an open question.
"Let's go flying"
Scribblings of a novice PPL

PeteSpencer wrote:In my second post lockdown flight last month, I clocked that the aeroplane was a bit sluggish on climb out and upon levelling off wouldn't reach its usual cruise speed.

I looked down to see three green lights staring at me:

Happens after a long annual and realise the speed isn't increasing, then look down to see take-off flap is still selected....

I tried hard to think of what I had done differently during the external check to cause it but I have no idea.
No one else was present to distract me, or thankfully see and hear.
I will be more careful next time.
eltonioni liked this
PeterC

cotterpot wrote:I walked into the lowered flap of our C172. Thank you for asking, it did hurt, but no blood.

No one else was present to distract me, or thankfully see and hear.
.

My flying partner (1000+hrs on Cessna) did this.
Luckily I was around as he knocked himself out!

kanga liked this
Pete S as was

PeteSpencer wrote:The Harry Potter style jagged forehead scar is a rite of passage for Cessna pilots, they tell me…..

By akg1486 -  Thu May 20, 2021 1:27 pm
Like
Thu May 20, 2021 1:27 pm #1848150
During a wash&wax day at my club a few years ago, I hit the corner of an extended flap right in the middle of my spine. The corner had hit a disk that got deformed and the pain didn't go away for several months. I had to go to a therapist who could fix it with pulsing electricity and quite a bit of brute force.
Autocorrect is so frustrating. It's always making me say things I didn't Nintendo.

How about sticking ones fingers into a revolving propeller?
I have previous history of doing this most often with a Cox 049...
But a made a bleeding mess of myself in the Volmer one day on Green Lake when I went to grab the open canopy... ‘Forgot that the propeller was there too, heard a tick tick tick as the propeller idly clobbered my fingers.
It hurt, and a nice English nurse stitched them up in the clinic in Whistler.
I kept my fingers, I was very very very lucky. 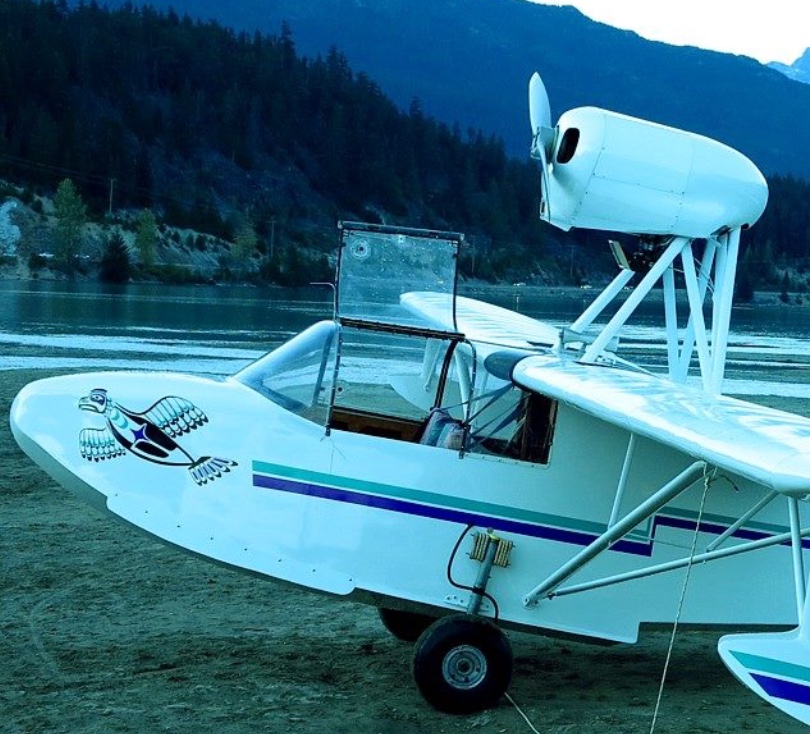 MichaelP wrote:Walking into a flap! That’s nothing.

How about sticking ones fingers into a revolving propeller?

You wait till you whack your shin on the step up to the AA5 wing root.

I've only been flying it for 30 years (well, almost), I did it (yet) again about a month ago. The scab has only just come off, and it's still not pretty.
MichaelP, T6Harvard liked this