On departing a GA field with an active FIS that had one or two aircraft active on the ground I began my take off roll as normal. However at around 40kts (activation speed for SE2) I got a traffic warning of an aircraft directly ahead, 100' below.

Discounting the theory that a JCB had started outputting ADSB I then had the awful thought that someone had lined up against me in the opposite direction. However the runway and climb out was clear. The warnings continued around the clock face until it quickly became apparent that whatever was causing the warning was parked on the apron to my right.

I have no idea if this was a simple software failure on their part (mine did what it was supposed to do) or whether other pieces of hardware have on/off switches for ground and flight mode. If so, please can I ask, for the sake of my ageing heart, that everyone take care where that switch is before take off.

(And before the Gods of Hindsight tell me that I should have rejected the take off, I was well into a reasonably short runway with a large downhill slope. Going was the preferable option).

By TLRippon -  Fri Apr 02, 2021 9:26 am
Like
Fri Apr 02, 2021 9:26 am #1837377
It’s not just an annoyance with Sky Echo.
For a short time we had a training PA28 with TCAS, just as the student was concentrating the most on short final, all the aircraft at the hold would turn on their transponder at the end of their pre-takeoff checks. Advisories blasted into the headset at a frenzied rate.
Wave if you're passing!!!!

Back in the darkest depths of winter lockdown boredom I did just that to have an extended play with my new toy. In my living room (which faces south and seems to receive gps signals ok) I set my old PAW running and switched on my new SE2 with the stalling speed set to zero. When I started walking across the room, thus increasing the groundspeed of the SE2 above zero, my PAW indeed successfully detected and displayed the SE2 on SD, giving proximity warnings etc... For this to work I had to change the aircraft hex in one of the units so that the PAW didn’t recognise the SE2 as being of the same aircraft and inhibit displaying it.
(In my defence, I live in a very quiet area in the countryside, not near an airfield, this was early in the morning on a poor weather day right in the middle of lockdown your honour...

TLRippon wrote:It’s not just an annoyance with Sky Echo.
For a short time we had a training PA28 with TCAS, just as the student was concentrating the most on short final, all the aircraft at the hold would turn on their transponder at the end of their pre-takeoff checks. Advisories blasted into the headset at a frenzied rate.

TCAS II inhibits ground traffic automatically below 360ft for exactly this reason, but equipment such as SE II needs operators to think a bit more about putting such equipment in STBY mode while on the ground especially if as @JonBoy says the internal settings can be fiddled with.

Otherwise the equipment will become counter intuitive and may even cause an accident.
Levis Sed Non Parvus

At this very moment I can look at the ATOM grid and see two gliders on the ground at Lasham. They've obviously got power turned on to their Flarm or PAW, so show up on the 'Grid' and would show up on an SE2 receiver (assuming you have the Flarm subscription). I know this is not ADSB but it demonstrates the same point.

I believe all these bits of kit should have an air-switch of some kind to prevent them transmitting on the ground.......and it should not be possible to transmit until that air-switch is configured.

This is one of the reasons I fitted a mixer for my audio and can mute/reduce the volume once in the circuit. I got fed up with being nagged about traffic when I could see it at the holding point.
Lockhaven liked this

When an electronic device shouts at you it is natural to prioritise the threat and check its display thus losing attention to the, possibly more important, task in hand.

Gizmo's should be helping at all times.
Crash one liked this

I have the Maker Hart Just Mixer. Into the mixer I have inputs from my iPad Mini (SkyDemon), Pilot Aware (so I can have bearingless target audio) and my MGL EFIS. The output of the mixer is to the Aux In of my Trig TY91. This way I get it over the intercom and it mutes when the radio is receiving. Power supply is via USB from my Charge4 USB hub. Inputs and outputs are 3.5mm jacks (so nice and easy) and the advantage of this mixer is you can adjust the gain, as well as the volume. This is useful for my MGL EFIS, whose audio output is very low. 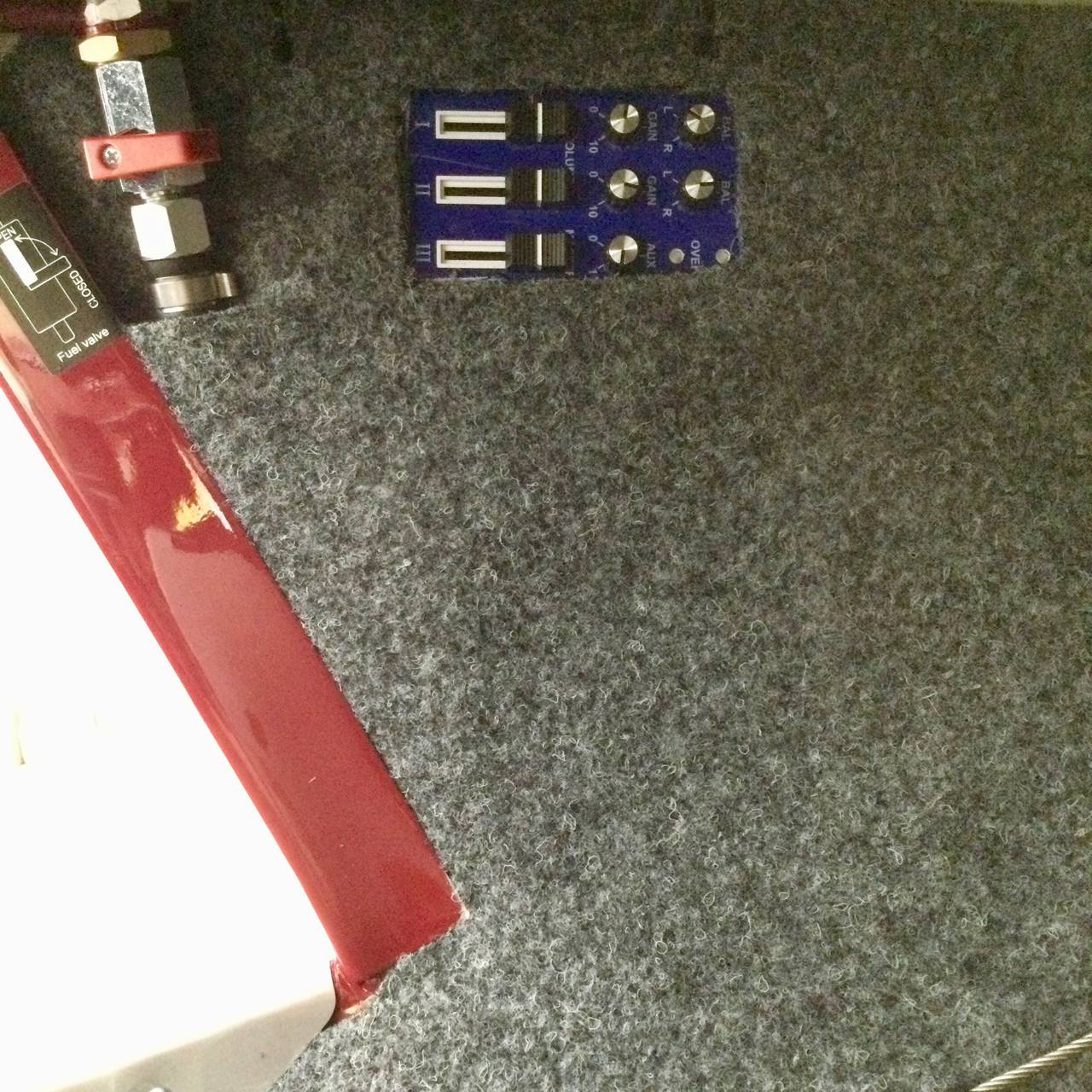 Aerials, Dave W, Full Metal Jackass and 1 others liked this

patowalker wrote:That would be daft, but is not how it works. It receives while stationary, but will only see aircraft which exceed the air/ground threshold speed.

Does that mean it will not see a hovering helicopter?
The 6 P principle