I can't return to flying yet as it's been over five months since I flew and I have to wait until I've had a trip with an instructor but, for anyone who can, enjoy yourself and, hey, let's be careful out there.

Miscellaneous, mick w, T6Harvard and 3 others liked this

I flew yesterday, it was a post maintenance check flight and return to home base, a short flight from Gloucester to Lydeway. I gave the aeroplane a thorough pre-flight as there had been some work involving control runs and rigging. The perspex was a bit dusty, but I hadn't taken my mircofibre or Pledge. It wasn't bad, but could have been cleaner.

I have lots of time in the C182, but sitting in the cockpit before start it didn't feel as familiar as it usually does. I deliberately checked everything was where I wanted it to be, no lose objects etc. I wouldn't normally be as thorough in the 182 (my bad perhaps), but I was trying to reduce any non-flying workload.

There was a pick up admin issue and a minor starting issue that had the potential to distract. Sitting on the ramp with the engine running I deliberately set those minor frustrations to one side before moving off.

There was a slightly gusty crosswind for departure, but nothing that would bother a C182. Take off, climb out and setting course was straightforward. It was good to be back in the air. When I say straightforward, I should mention that I initially forgot to close the cowl flaps in the cruise, and only remembered when wondering why the CHTs were lower than usual.

I'd had some autopilot warranty work, so ran a few initial checks on that - headings, modes and a hold. I didn't check the ESP (Electronic Stability and Protection), that will be for a future flight.

Back at the strip the crosswind was a bit more cross (R28 instead of R27), but the main challenge was the weather. Sods law meant that a very light shower materialised when I was on final. Remember that dusty perspex? That, and the shower conspired to smudge my forward view. It all worked out fine, but I could have done without it.

What did I learn? (remember, I'm not an instructor)

- Despite literally thousands of hours in that very C182, it still felt a bit unfamiliar
- I should have cleaned the screen. Mental note to make sure there's always a clean microfibre and a can of appropriate cleaner in the aeroplane
- It worked for me to deliberately set aside external frustrations, leaving my limited capacity to focus on the flight
- Happy to have been alert enough to pick up low CHTs, a bit miffed to have forgotten the cowl flaps
- That flight was just the start of a return to currency for me

By johnm -  Sun Mar 28, 2021 10:23 am
Like 1
Sun Mar 28, 2021 10:23 am #1836454
I can relate to that @G-BLEW bringing our aircraft back from annual I was similarly thorough and felt similarly slightly out of place in the aircraft. All well and decided to fly the RNP into Glos, only to realise as the autopilot failed to get the glideslope that I had forgotten to switch from NAV to APP. Still I was able to fly by hand and land OK....

That rust is insidious though........
G-BLEW liked this
John Milner Fairly tolerant PPL/IR flying a TB 20 from Gloucestershire

However, despite a lot of chair flying and touch drills, pretty much every phase of flight requires much more cognitive effort - where is your hand going? Is that the correct switch? Is there another part of this flow I’ve forgotten? Take your time and be a bit selfish - don’t worry about the queue behind you if you aren’t quite ready for takeoff; don’t try to be slick vacating the runway if you’ve floated past the ability to make a particular exit.

Most of all though, revel in the joy of flight and the transcendental experiences it can bring you. It’s a true privilege and the experience is now all the more precious

johnm, T6Harvard, G-BLEW and 4 others liked this
I work for the company, but hey, don't let that fool you. I'm really an OK guy...

By Charles Hunt -  Sun Mar 28, 2021 3:56 pm
Like
Sun Mar 28, 2021 3:56 pm #1836517
On vision, just nipping out in a car to get a paper yesterday morning, at the end of the road, before heating/demisting had fully worked, I turned left and as it was early I was looking directly into the rising sun, the windscreen was a full complete shade of glistening gold. It was so bad that I actually stopped - and then worried about being hit from behind. Crept forward and found a cleaning pad to discover that I'd stopped perfectly at a temporary red traffic light. There's always something to trip us up.
Suiting the action to the words

I’ve been lucky enough to keep flying with people for various reasons, and as others have mentioned, handling skills are usually fine but it’s the whole getting the mind on the job in hand / getting the work rate up that people have struggled with.

Iceman wrote:The weather in the SE appears to be stunning blue skies... 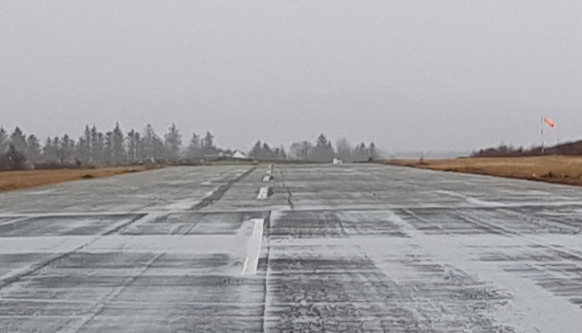 Miscellaneous liked this
You are still dangerous! You can be my wingman anytime.

Dave W wrote:Serves you right for all those glorious highland and island pics you forced on poor grounded us earlier!

My patience hanging around was rewarded of sorts last week

I think I'd be as well going home today.

ArthurG, Dave W, JAFO and 4 others liked this
Misc.