By PaulSS -  Tue Feb 23, 2021 10:27 pm
Like 1
Tue Feb 23, 2021 10:27 pm #1828533
@Miscellaneous With no claim to any expertise on the matter, I suspect your warning is as a result of your iPad not connecting to your SE's WIFI. Try going into the iPad's settings, turning off the WIFI, turning it on again and then selecting your SE from the list. It could be that your iPad has decided it is more interested in a different WIFI source (for instance, your home router) rather than the thing you're expecting it to connect to.
Rich V liked this

Miscellaneous wrote:@ls8pilot having checked, mine requires updating. I guess prior to the procedures via those links one has to download the latest version to one's phone?

Yes that's right, go to the web pages and download both files. Then connect to the SE Wi-Fi, go to the status page and update using the instructions. The SE will upload the files from your phone (or laptop if you have one)

However the screen on the arrer won't allow this due to a number of factors using supplied mount.

I have seen numerous a/c (photos and in the flesh) where SE is mounted vertically on front pax window: i.e. 90 deg to direction of travel.

Does this give acceptable results or have I got to rummage through the massive RAM catalogue to find a suitable mount to turn SE through 90 deg to face forward while still mounting it on pax window?

How do other PA28 users mount their SE2s? 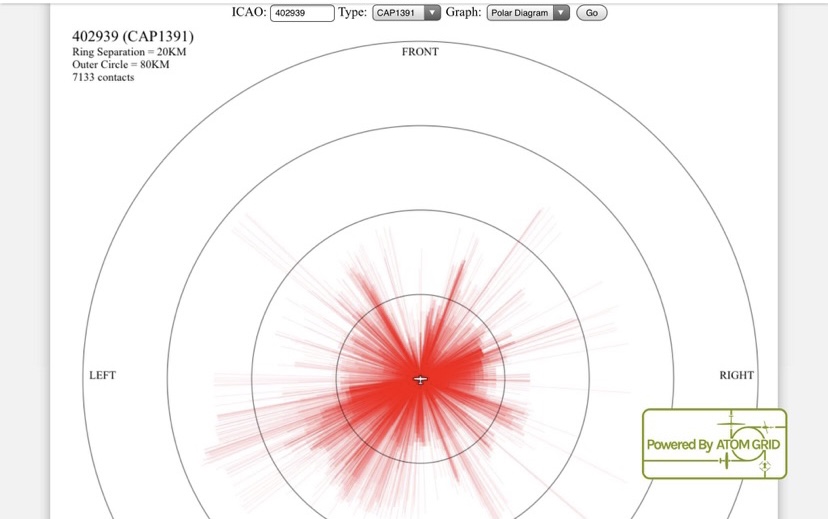 This is one of my PA28s
Posts are personal views only.

PeteSpencer wrote:The SE manual says SE2 should be mounted vertically with the front face facing direction of travel and a RAM mount is provided.

You may have misread it Peter, there was discussion on a previous thread about orientation and I recall the requirement was to have it vertical, not necessarily forward facing. So, I guess perpendicularly mounted on the front side window may be better than forward facing in the back, being blocked by occupants?

EDIT: just checked, easy to read it as saying forward facing, but it doesn't actually say that.

8.1 Mounting
SkyEcho 2 is approved as a portable ECD. SkyEcho 2 should be placed vertically orientated on an aircraft window with the optional suction cup mount with line of sight and visibility in the direction of travel and to the sky for the internal GPS. Installation location can significantly impact the receive and transmit range of the device.

That's 'Brilliant' except directly to the front where it's most needed where the coverage seems to be less than a mile or about 15 seconds warning at normal GA speeds. ? That diagram would seem to indicate that you should ideally be looking to find an alternate better position?
GrahamB, Miscellaneous, Stu B liked this

My older iPad on IOS 12 and Android phone connect without issue.
Misc.

MattL wrote:Don’t forget those charts are ground station reception, not air to air.

This is a very good point, the ground station antenna is 9dB giving an 8X power improvement in terms of reception.
Most receivers are either 2 or 3 dB, giving much less
Not sure what gain or directional performance the MIFA antenna in SE2 gives, perhaps @Cub could comment ?

russp wrote:That's 'Brilliant' except directly to the front where it's most needed where the coverage seems to be less than a mile or about 15 seconds warning at normal GA speeds. ? That diagram would seem to indicate that you should ideally be looking to find an alternate better position?

It does appear to have power reduction along the axis of the PCB plane as seen from your diagram which would be the axis when suckered to the side window ?
Have seen this in a number of diagrams an apparent bias left to right, and loss front to rear

For comparison, here is a flarm device which of course is only 25mW, but also received by a 9dB ground based antenna, I am pretty sure this is one of the RAF Aircraft, and I would be pretty certain it is fitted with an external antenna (anyone have information), I think this shows an effective and achievable omnidirectional pattern 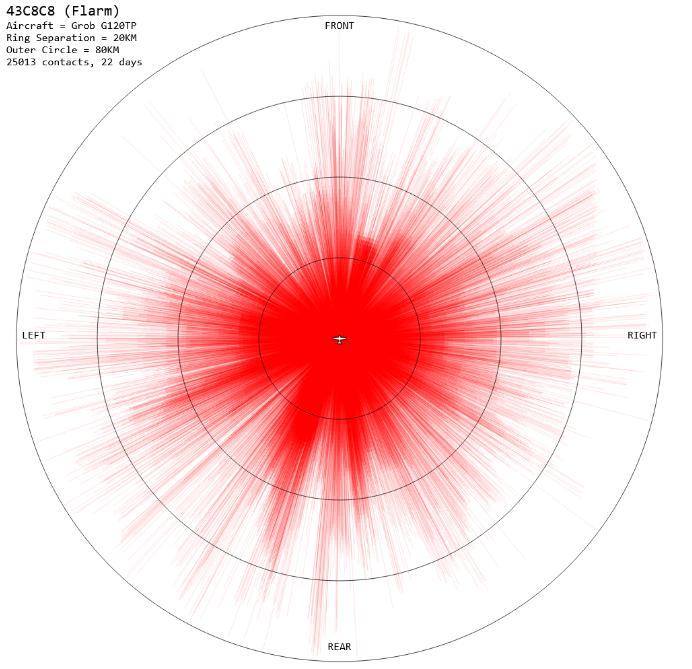 There have been instances where iOS will try and dump the SkyEcho as it sees a preferred Wi-fi connection that has internet available, it is an iOS thing
Posts are personal views only.

It would be interesting to know if others with the same configuration have the same problem. I have established that there was a known problem with SD when 14.4 was launched, however that was addressed. I'm wondering if the latest SD launch on 15 Feb somehow does not have that fix?
Misc.