GAFlyer4Fun wrote:The bit I dont get is why have a launch site so far from the equator?

There is a reason NASA chose Florida for space launches and not a remote part of Alaska. (latitude not temperature)

Well the obvious answer is that we don’t have a bit substantially nearer the equator to make it worthwhile.

But the technical answer is that there are some orbits that are better suited to polar insertion so to speak.... and the are less people with backyards to shout NIM...

Edited to add... it seems my browser hadn’t fully updated when I hit reply and you already have a page full of better answers

Rjk983 wrote:.. we don’t have a bit substantially nearer the equator to make it worthwhile.

.. runway a bit longer than Unst's, too, and surrounded by lots of sea

Rjk983 wrote:.. we don’t have a bit substantially nearer the equator to make it worthwhile.

.. runway a bit longer than Unst's, too, and surrounded by lots of sea

Indeed, but the US may have something to say about that.

And the runway is out of action at present.

And the lack of a useful deep harbour may preclude unloading of delicate rocket parts.

But apart from that, it’s a lovely place. Particularly liked the run up green mountain from two boats or travellers hill.
kanga liked this

The "using the same tooling" thing I wouldn't have thought would be quite right, but the actual reason why "standard gauge" is between 4.5 and 5ft is that for a couple of hundred years before steam railways, rail trucks had been pulled by horses, and thus had the same requirement as the Roman wagons and subsequent road vehicles, that the pulling bits were made to fit around a cart horse.

GWR tried to get away from this "horse gauge" but their wide gauge was eventually dropped in favour of the original Stephenson one.

GWR tried to get away from this "horse gauge" but their wide gauge was eventually dropped in favour of the original Stephenson one.

Russian sometimes also adopted, often by straight transliteration, British railway terminology, of which the most famous example is probably вокзал, vokzal, which is the standard word for a railway (or riverboat) station; it comes from Vauxhall, whose station building design was copied faithfully in early Russian examples. Conveniently, the second syllable ('зал', zal) is a Russian word meaning 'hall'.

several different ones in Australia. They prevented transcontinental E-W through service in same passenger carriages:

Paul_Sengupta wrote:The GWR gauge was 7ft (and 1/4", to allow trains to go round corners).

Back in the 1980s, the Iron Duke replica was running in Hyde Park. The 7' gauge was not really designed to go round corners - like the TGV it would have gone as straight as possible, so OK on the London to Bristol route - but hopeless in Devon.

Add to that the almost doubling of the track beds, the companies would have had to buy up a shedload of land.

Brunel was a great engineering innovator, but he often left his backers with great losses
Paul_Sengupta liked this

Nick liked this
You are still dangerous! You can be my wingman anytime.

kanga, Iceman, Dave W liked this
We all live under the same sky, but we don't all have the same horizon.

(Similar idea seemed to work quite well in the South Atlantic!)
Dave W, chevvron liked this
I've looked at clouds from both sides now ...

Iceman wrote:Can we get this thread back on ‘track’

Difficult as there isn't a railway on Unst, or anywhere else on the Shetland Isles as far as I know

. So in a [vain] attempt to drag the thread back on topic here are a couple of pictures of Unst airfield taken in 2019. They aren't that good as I had to take them from ground level as the trip didn't involve any flying 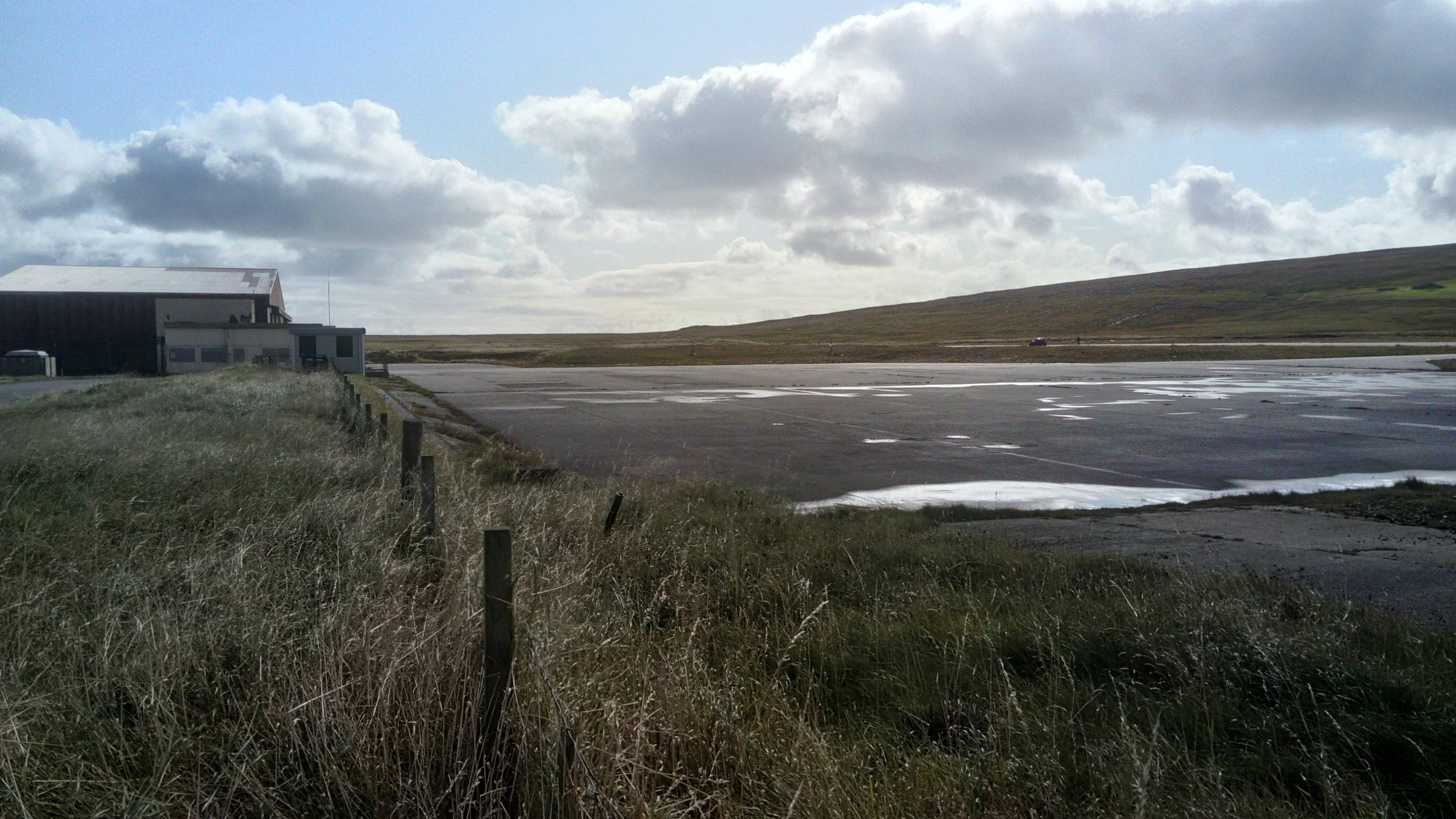 View of the runway from the South 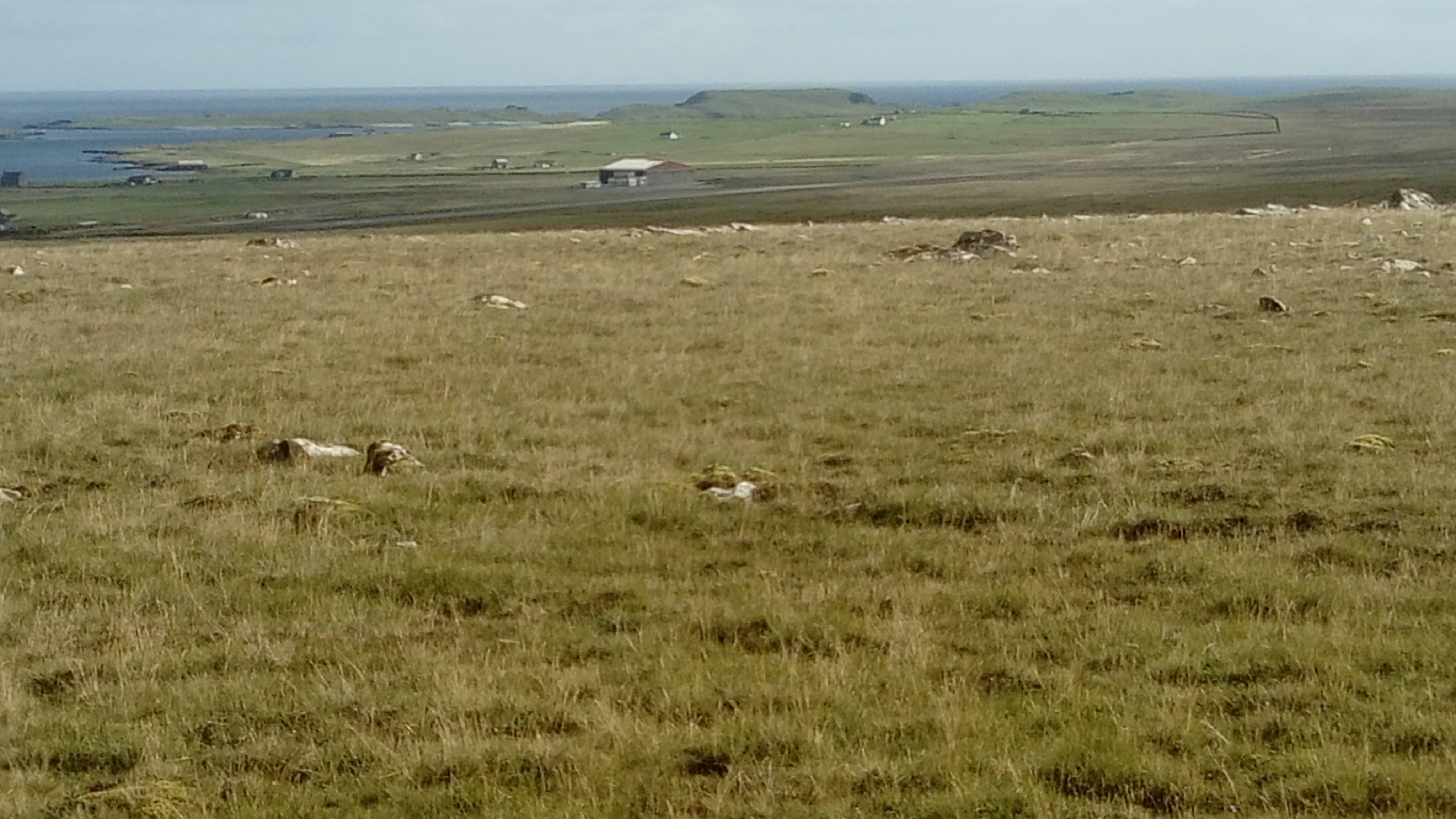 Brooklands
Iceman, Stu B liked this