patowalker wrote:The designer of the Nomad was Rupert Sweet-Escott. You might want see him trying to sell a later design on Dragon's Den..

I remember that pitch. Was it really over 11 years ago?

I still think you're brave flying that - well, braver than me, that's for sure.

By patowalker -  Mon Jan 04, 2021 10:49 am
Like 1
Mon Jan 04, 2021 10:49 am #1817903
My second ultralight was an Eagle. It had been brought to Peru by its designer Larry Newman to make a The American Sportsman tv film about flying with condors in the Colca Valley. It was not worth the cost of shipping it back to the US, so he left it in Peru, where it passed through a couple of hands, unflown, before coming into my possession for $1500.
It was later model than Gordon's, powered by the 30hp Cuyuna 430R, necessary to fly at the high altitudes where the film was made. Had to teach myself to fly it, but once mastered it was a delight. My party piece was to land it engine and hand off, flapping my arms, into a 5m dia circle on the oiled sand runway. Not difficult, as the elevator was controlled by cords to swing seat, which could be displaced by hooking my feet under the nosewheel crossbar and flexing my knees. 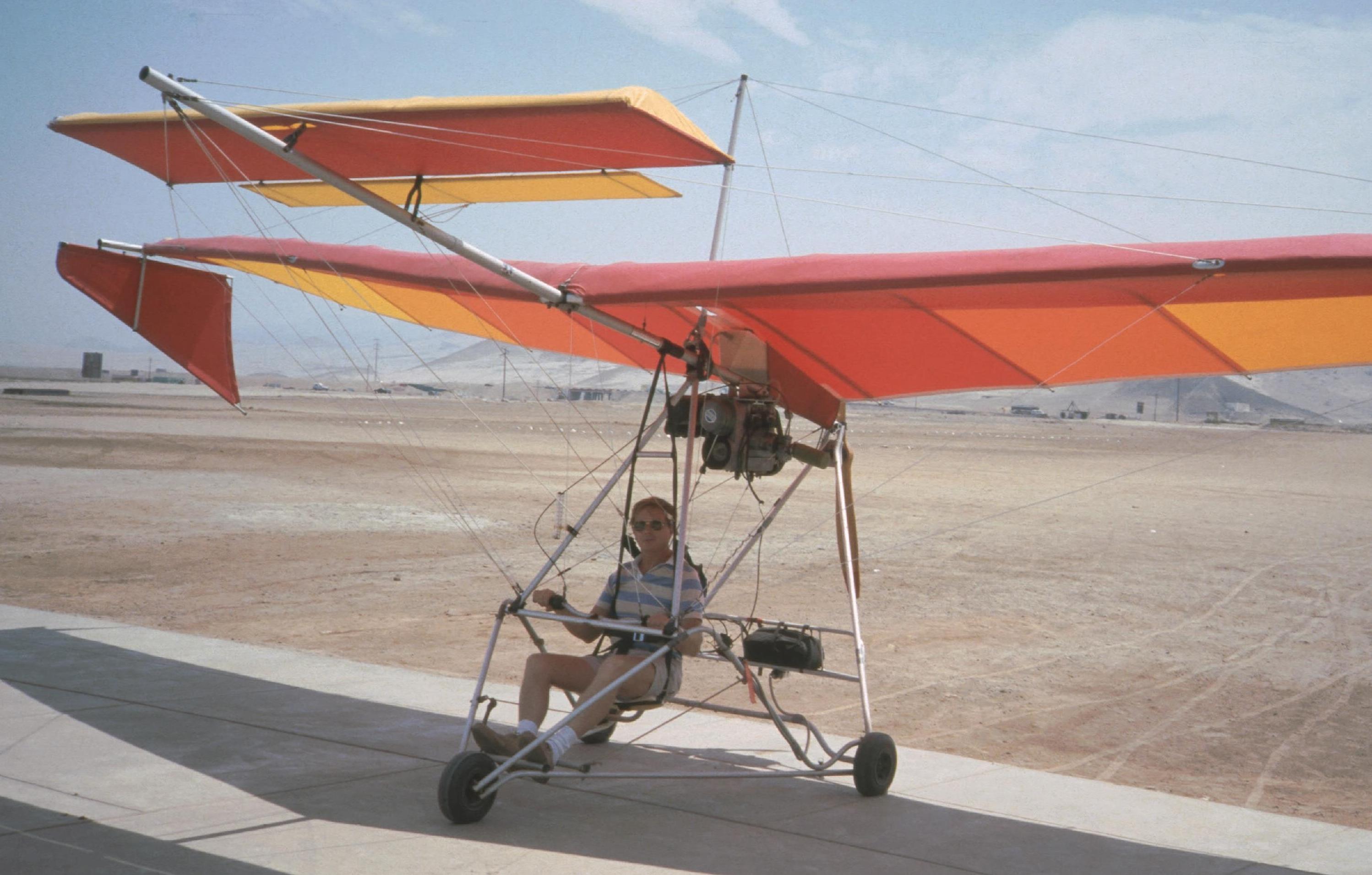 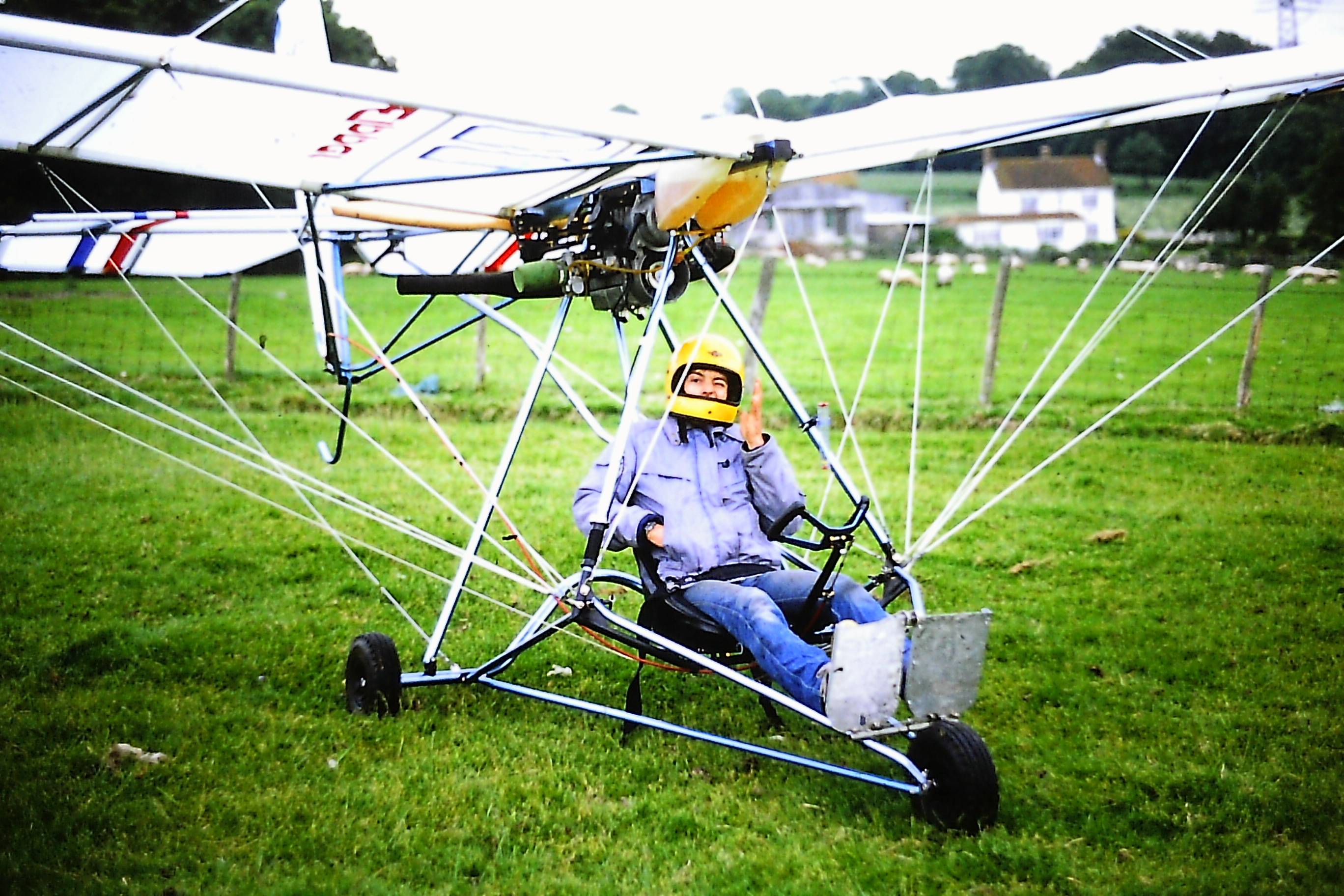 My third, a Quicksilver MXL, 1986. By that time it had double surface wings, a pod, a side stick and a Rotax 377. Compared to the Eagle, it was like flying a fighter, sort of. 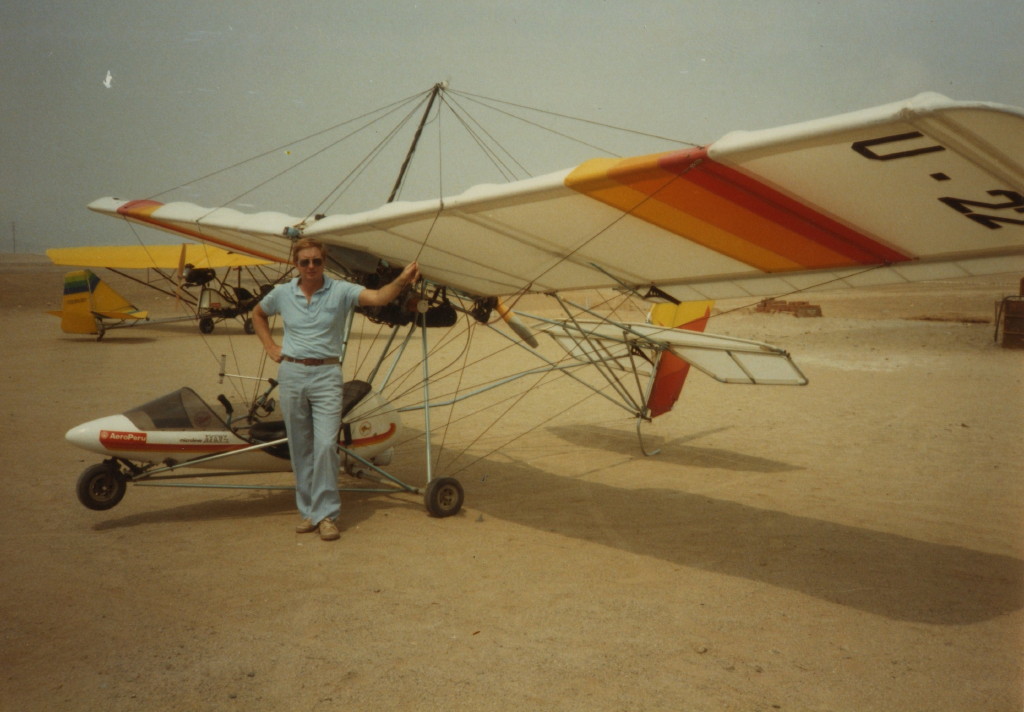 avion ancien wrote:This thread is getting rather like a microlight version of 'readers' wives'!

Oh I see what you mean - they look old, hairy and you wouldn't really want to, would you?

patowalker, Nick, Groundspeed and 1 others liked this

noisiest flight I can recall was in the backseat of a microlight Shadow, ie just in front of the engine, with only a non-ANR headset. Combined with the extreme flexibility and gymnastics, and worry how to get out in a hurry, persuaded me that it was one (for me, at least) to avoid in future. Owner/pilot told me that his main instructor had been small and female; but he also soon migrated to a Cherokee FC

Back seat of a tandem Magni open cockpit autogyro, even with added wind and rotor noise, helmeted, was not nearly as bad.

By Groundspeed -  Sat Jan 09, 2021 10:02 am
Like 1
Sat Jan 09, 2021 10:02 am #1819008
Ahh you would find the front seat of a Shadow as delightful as the rear is 'orrible. A case of complete opposites the front semi reclining, supurb view with control falling readily to hand. The rear however with a view of the underside of the wings and back of the pilots head, jammed in tight between the back of the pilots seat with your back shoved hard into the firewall giving a vibro massage and a pusher prop not to far behind your head.
My recolection of the handling is that it was delightful, from the front anyway, and I have the greatest respect for those who instructed from the rear seat
kanga liked this