This is his obituary in The Times that you may find interesting as GA Pilots. RIP, Richard, for a life well lived that saved many lives.

As an aviation-obsessed 12-year-old during the war, Richard Trim designed and built a rocket-propelled model aeroplane which flew beautifully until it crashed through a policeman’s window. He would later play a key role in developing the universal air traffic control system that has ensured the safety of millions of passengers.

Trim left school in London at 16 with no qualifications but he was not to be denied a life in science after showing a preternatural flair for the subject, initially to the detriment of his own and everyone else’s safety. By the end of the war, the young teenager was buying up surplus radar equipment cheaply from dealers who did not know what they were selling. Closeted in his bedroom, Trim gained a working understanding of microwave radar, later acknowledging that he missed a trick by not inventing the microwave oven.

After the war he was taken on as an apprentice by the British electronics company AC Cossor with the help of a family connection. Great things were not expected of him but the apprenticeship was arguably the best investment the company made.

Trim’s know-how on the fast-changing radar technology embarrassed senior colleagues. The company was developing secondary surveillance radar (SSR) for use in air traffic control, which, unlike primary radar systems that measure the bearing and distance of targets by detecting reflections of radio signals, communicates with aircraft equipped with a radar transponder. This replies to each interrogation signal by transmitting encoded data giving the aircraft’s identity and altitude.

In 1956 Trim and Freddie Acons designed the ground and airborne secondary radar equipment for the US Air Navigation Development Board (later the Federal Aviation Administration) using Interrogation Path Side Lobe Suppression (ISLS). Trim designed and built the airborne transponders for what became the Cossor system of ISLS.

In June 1956 a United Airlines Douglas DC-7 collided in mid-air with a Trans World Airlines Lockheed L-1049 Super Constellation over the Grand Canyon National Park. All 128 on board both flights died, making it the first commercial airline crash to result in more than 100 deaths. The accident concentrated minds. In December 1957 the International Civil Aviation Organisation decided to standardise the Cossor system as its principal ground radar sensor for global air traffic control. It is still in use today.

Trim turned down a lucrative offer to work for the US government. Promoted to chief engineer (air) at Cossor, he instead went on to design radar kits for air forces and airlines all over the world and developed the SSR 2100 transponder used on Concorde, the BEA Trident and the BAC-1-11 short-haul jet.

In 1963 he began working on an Identification Friend or Foe (IFF) transponder for the TSR-2 tactical strike and reconnaissance aircraft, which was used in both the RAF and Royal Navy Phantom. His design became the standard IFF transponder fitted to most UK military aircraft (more than 2,000). He also designed the IFF interrogator for the Rapier surface-to-air anti-aircraft system, which was brought into service in 1972 and for more than 45 years was one of the UK’s primary air-defence weapons. That year Trim was appointed OBE for services to the nation’s defence and for helping to set up a radar system for global air traffic control.

Richard Morris Trim was born in Hackney, east London, in 1931. His father, William, was a Royal Navy gunner who served in the main naval actions of the First World War and was selected to sail as part of Lord Louis Mountbatten’s racing yacht team. His mother, Daisy, née Sheppard, was a personal assistant to Nicholas Winton, the banker who was later knighted for his role in the Kindertransport.

Richard attended Norlington Road school but frequent bouts of bronchitis meant he was often absent. In 1939 he was evacuated to Brentwood, Essex, firstly to the Young Women’s Christian Association. When it was decided that it was inappropriate for a boy to be billeted there, he was sent back to London just as the Blitz started.

Eventually the Trim family were moved to Largs, Ayrshire. Returning to London towards the end of the war, Trim started rigging up reflex klystrons to light incandescent torch bulbs in his bedroom. His education during the war had been peripatetic and piecemeal. He left South West Essex Technical College in Walthamstow at 16 and joined Cossor as its second ever apprentice.

Always passionate about aircraft, Trim signed up for flying lessons and on the course he met Lindsay Lewis, a housekeeper at University College, Cambridge (now known as Wolfson College). They were married in 1967. She predeceased him in 2019. He is survived by their four children: Fergus is a chartered surveyor; Rachel has worked in human resources, Lesley is an artist and her twin, Hilary, is a company director.

Trim continued to play his part in revolutionising postwar aviation. In the late 1960s his computer-controlled instrument landing system test set, the CRM-555, was bought by the Federal Aviation Administration and UK Civil Aviation Authority to ensure airports’ communication and navigational equipment worked accurately. More than 1,000 CRM-555 test sets would be sold to airlines and air forces around the world. Soviet Russia even sanctioned Aeroflot’s purchase of the test set in 1968. While visiting Russia during the installation, Trim was always aware that his hotel room was bugged.

In 1968 he worked on the Ministry of Defence contract for upgraded instrument landing system receivers that enabled the RAF Tornado, Hawk, Jaguar and Phantom F-4M and Royal Navy Phantom F-4K to approach and land safely in all weather conditions.

When Trim visited China in 1975 the authorities confiscated his passport and indicated that he would get it back once he had given technical lectures to “university students” about his work on the latest technology that was being built into RAF and Royal Navy defence security. By day, Trim was entertained with trips along the Great Wall. By evening, his lectures sent the Chinese authorities “up the garden path”. Trim flew home having managed not to divulge any British military secrets.

He left Cossor in 1976 and later became technical director at the radar manufacturer Racal Decca. In the 1980s he designed small boat radar for the Royal National Lifeboat Institution.

One of his final inventions, in 1992, was SmartSound, a noise-adaptive public address system, which was first used on the new Docklands Light Railway in London. The system could detect ambient sound and locate where people were. It meant that on a station platform with one person on it, the public announcement would be made quietly to their nearest speaker, but in the middle of a busy day the announcement would go through all speakers in a volume audible above the ambient sound. Trim won a Queen’s award for excellence and SmartSound was selected by the UK Design Council to be displayed at the Millennium Dome in 2000 as a Millennium product.

His daughter Hilary once came home with the alarming news that she was going to sail across the Atlantic from Cape Town to the British Virgin Islands on a brand new yacht that was going to have its instruments and equipment fitted only when it got to the Caribbean. Trim immediately disappeared to his workbench, appearing a few hours later holding a bright orange triangular beacon. Pressing it into his daughter’s hand, he told her that it was an EPIRB (Emergency Position Indicating Radio Beacon) knocked up from bits he had at home. His only other advice was to try to not capsize until she was north of the equator as there was more chance of being rescued there.

Trim loved classical music and his knowledge of pop songs was non-existent. In the early 1980s he found himself sitting next to a charming American photographer at a dinner party. When he inquired what her husband did, Linda McCartney motioned to her husband, Paul. The former Beatle winked across the table but Trim had no recognition and quickly moved the conversation back to Linda and her photography.

In the early 1990s the influential Mancunian band the Stone Roses asked Trim to help them record their album using retro vacuum valve amplifiers. With experience of the technology from his Cossor days, Trim happily set up the amps. His daughters were more impressed than he having been present at a Stone Roses recording session.

Trim was a keen sailor and amateur photographer with a deep love of British studio pottery but aviation remained his lifelong obsession. While flying on Concorde, he added yet another aeronautical first to the many on his list. He flew a paper aeroplane up the central aisle, past high-powered businessmen and celebrities. When Concorde landed in New York, Trim had the pilot sign it, confirming that he had flown the first supersonic paper aeroplane in the world. 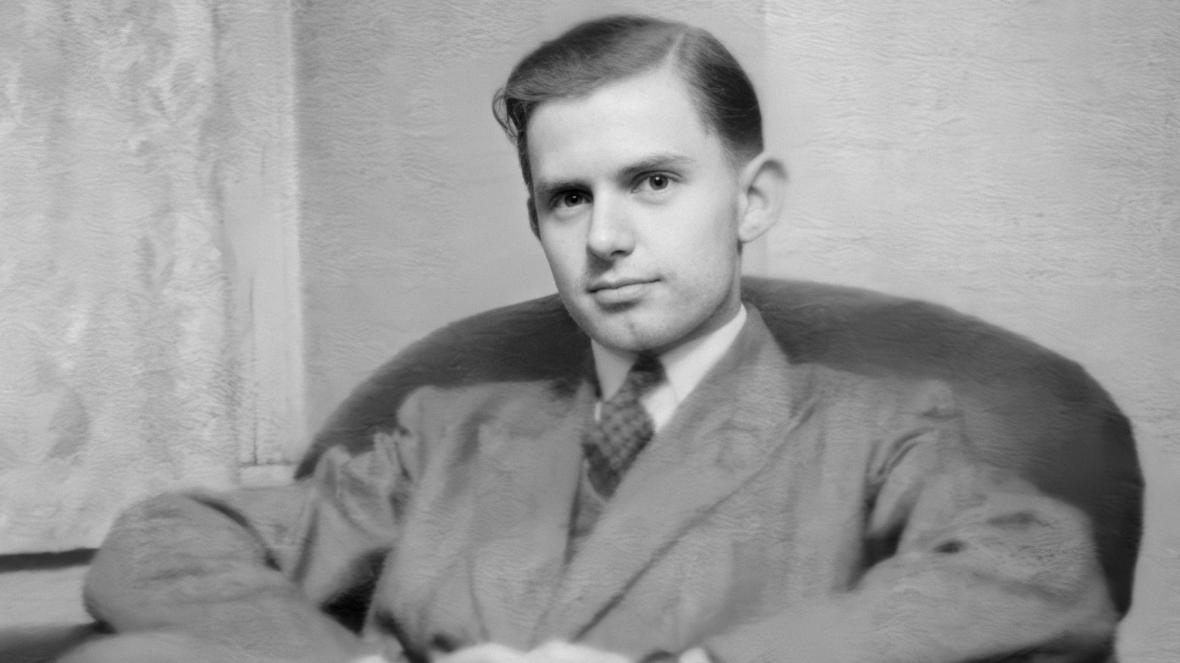