I'll keep you posted
Pete S as was

Eoghan
No man knows until he has suffered from the night how sweet and dear to his heart and eye the morning can be.

malcolmfrost wrote:Incidentally, if you are ever in Anglesey. just North of Beaumaris there is a slipway which was used by Catalinas being converted at the Saunders-Roe factory.

The hangars (falling apart when I last saw them) are behind a house called Fryars. This was occupied by the Burton family in the late 19thC into the 20th. My grandmother, Martha Green, was head cook there in 1898 at the age of 18. The house was requisitioned in 1939 to move Saunders Roe in from the IoW.

" ....... the Saunders-Roe Design Department at Cowes on the Isle of Wight was right in the forefront of the Battle of Britain and air raid warnings were causing major disruption to production. For this reason, it was decided to disperse the workforce to less vulnerable locations.

The ideal place was found at Beaumaris on the Isle of Anglesey. It offered a deep and sheltered strip of water, roughly in line with the prevailing wind and stretching four miles westwards to Menai Bridge. A fifty acre estate, north of the town, with a country house called 'Fryars' and sufficient land to build hangars and a slipway, was selected.

In the Summer of 1940, Saunders-Roe Ltd had been awarded a contract to manufacture modification sets for Catalinas, which were soon expected to arrive from the USA. (Because of non-standardisation between countries, a considerable number of changes in equipment were needed for the aircraft to be used operationally by the RAF)

Initially, all the Beaumaris Catalinas were ferried across the Atlantic to Largs near Prestwick on the Scottish coast, before transit to Beaumaris but from November 1942, they flew direct to Beaumaris, from Bermuda. Aircraft built by the Canadian Boeing Company flew in from Goose Bay in Canada. The first few crews managed to avoid customs inspection but officialdom soon noticed the loophole, and a sudden check produced an enormous haul of silk stockings, tobacco and spirits. At first, the delivery crews were civilians - adventurers who undertook the arduous and risky flight for the devilment of it. When America came into the war, military crews took over and as a Flying Officer with the RCAF, Hughie Green, the late television personality and game show host, was one of the Catalina ferry pilots. Later on, ATA delivery crews frequently carried out flights to and from Fryars."
Charles Hunt, Morten, Ian Melville and 2 others liked this
vA
provider of robust Air/Ground Communications Services . . . .

I found it fascinating.

(Not Catalinas. Apologies for thread drift)

rf3flyer wrote:If you want to read about Catalinas then I highly recommend 'The Sky Beyond' by Sir Gordon Taylor. It's not about their military use but about civilian long distance route pioneering in and across the South Pacific.

Thank you for the suggestion. I have just read the first few sentences on kindle sample about Sir Gordon's first flying lesson and laughed out loud at his dry sense of humour. I've treated myself to a copy 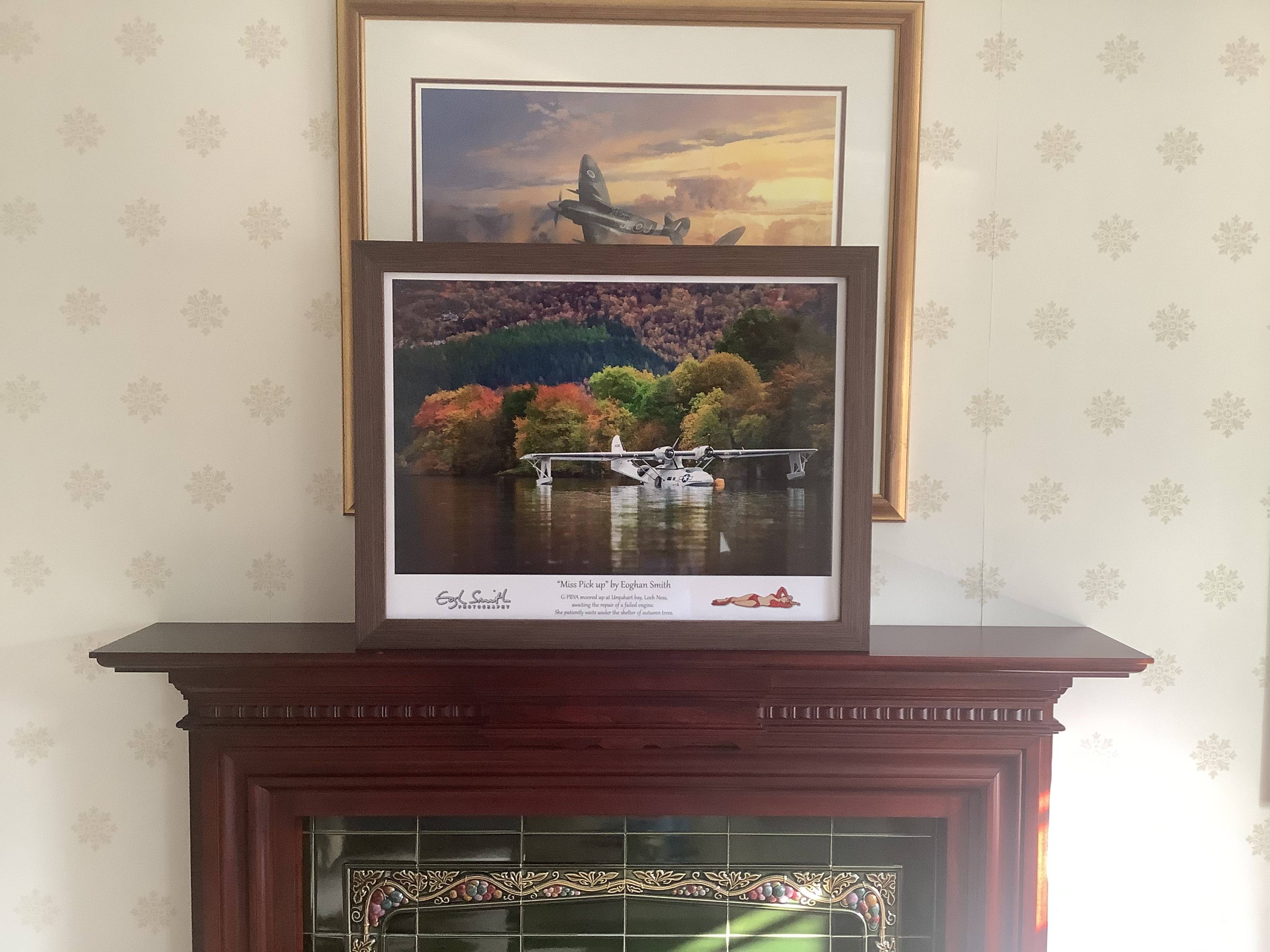 Eoghan, T6Harvard, mick w and 2 others liked this
You are still dangerous! You can be my wingman anytime.

Iceman wrote:Something new for above the fire place ?

Sadly mine has no white border along the top and looks most odd.

But Eoghan is onto it.

Peter
Iceman, Hooligan liked this
Pete S as was

While I certainly wish it was better I make no apology for the poor image quality of this since flying a single seat aircraft while trying to take photos is not easy. 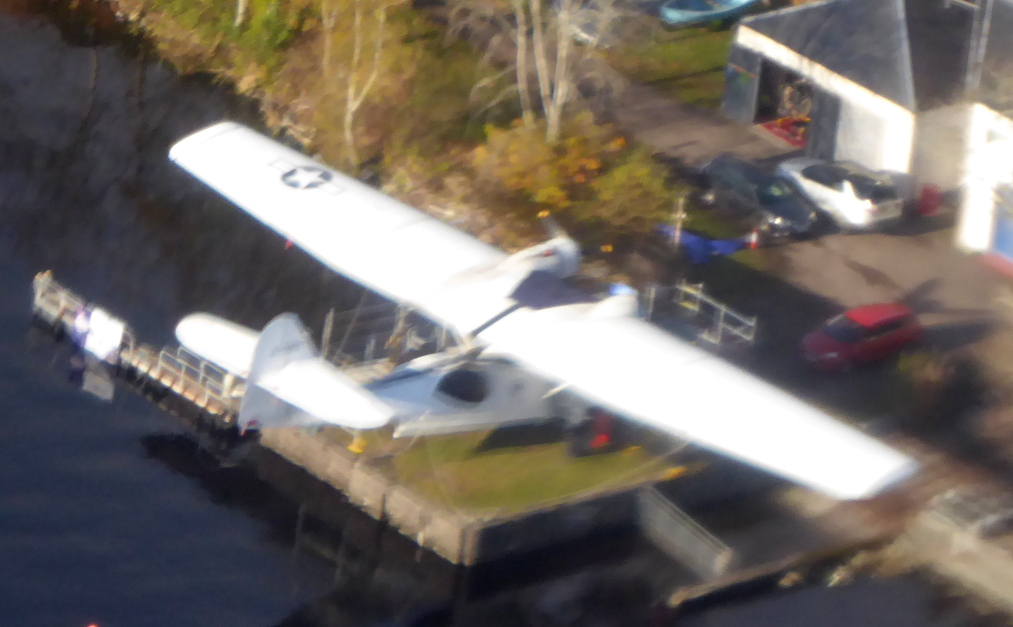 T6Harvard, Hooligan, Miscellaneous and 1 others liked this

Quite a story to tell. There we were living the dream of a quiet life on the banks of Loch Ness, enjoying the peace and tranquility. Pottering in the workshop by day, sitting contemplating our fortune by evening and before we knew it we had a 150 tonne crane parked on our land lifting an aerolpane out the loch and depsoiting on our property. Our workshop taken over by a team of engineers and media and sightseeers galore by road, water and air.

T6Harvard, Iceman, Pete L and 1 others liked this
Misc.