My first delusion is that I accept that I am human therefore not better at avoiding being delusional than the next person - I am acutely aware of my fallability and try to mitigate against that by using some processes which (hopefully) will close some holes in the cheese. That there are still unknown unknowns is almost a given.

There is of course a point beyond which further mitigation/avoidance becomes the usual diminished return on investment - but using, what I think are reasonable, precautionary measures is not unsensible, I think.

There is always a balance to be struck - the best way to avoid a GA accident is not taking part, but then there is also not the opportunity to have the experience and pleasure from doing just that.

And as I am aware of my fallability I always consider any flight where nothing went wrong only partially successful, no doubt something did go wrong, I made a mistake, I forgot something etc.; I just will not have noticed it and that is of course a failing in itself.
Frank Voeten
Use email please rather than PMs

No overwater with the boy or girl on board (at least until they are old/strong enough to get themselves out).
Only one child at a time (they are bad enough in the car together, don't fancy having to deal with that when flying).
Make sure they go to the bathroom at least twice before strapping in.
Flyin'Dutch' liked this

2. Very regularly do PFL's, gliding circuits and stalls in a variety of configurations. It always amazes me how many pilots rarely practice these things. Overheard pilots talking about not having done a PFL since their last instructor check and he was happy he nailed it at the 3rd attempt.......... having been low 1st two times......

4. Plan trips on a map 1st on a map and reference on 1/4 mill map (for some reason I find they give me a sense what the route will look like, esp the 1/4 mil which i just dont get from a small screen on a tablet)

Rallye wrote:I never fly with a child without a written agreement from both parents.

I have said to some couples who've wanted to come for a ride:

"I'll take you both together if that's what you want.

"But there are some parents who won't both go in the same light aircraft if they're leaving their children on the ground."

To which the response on one occasion was "we trust you" and they both came. And on another occasion was "see what you mean" and only one of them came. Their choice, I just wanted to make sure they made it deliberately.

Ah, this reminded me, I do have a rule as such.

I don't fly with my wife anymore, not since our son was born. (This is very easy to accomplish as I have nothing to fly just now

)
Even a slight chance that we both be involved in the same crash is enough not to risk it.
Bizarrely I would take all 3 of us flying as the outcome is different.

Even when on the rare occasion that my wife and I are driving somewhere without the boy, we are conscious of the change of circumstances and have said as much to each other.

Miscellaneous wrote:@Sooty25 would it be fair if you had another sibling. Or is that an example of how the human mind works?

I don't know, I've only got one, but my mind works differently for the following reason.

Many years ago, when I worked in oil & gas, I got my then unemployed older brother a job with the firm I worked with. A year or so later, we were sent on a job together, me as his supervisor.

We boarded a Bristows S76 and flew out of North Denes to a jack-up rig working over a small gas platform off the Norfolk coast. The weather was ideal so I intended to give my big brother some intensive on the job training, other supervisors weren't giving him, possibly because he was my brother.

Second day on board the platform muster alarms went off, which was strange because drills were always on Sunday and this wasn't Sunday. We mustered at the lifeboats and got told the welders had caused a fire on the drill floor and couldn't extinguish it. We all donned abandonment suits while the fire crew worked on the fire. It all ended well, but it made me realise the risk I'd placed on my family, by allowing us to go on that job together. It also then dawned on me that the following day we had to climb in an S76 and fly home.

We never worked on the same job site again.

A few years later, on a beautiful, Tuesday evening, I was training with the RNLI, when we were told by coastguard to shut up and return to base. One of Bristows S76 fleet had just suffered a main blade failure and gone in off the Norfolk coast.
Flyin'Dutch' liked this
The quickest way to fall out with people is, discuss politics.

Make sure barbecue is extinguished before applying full power. 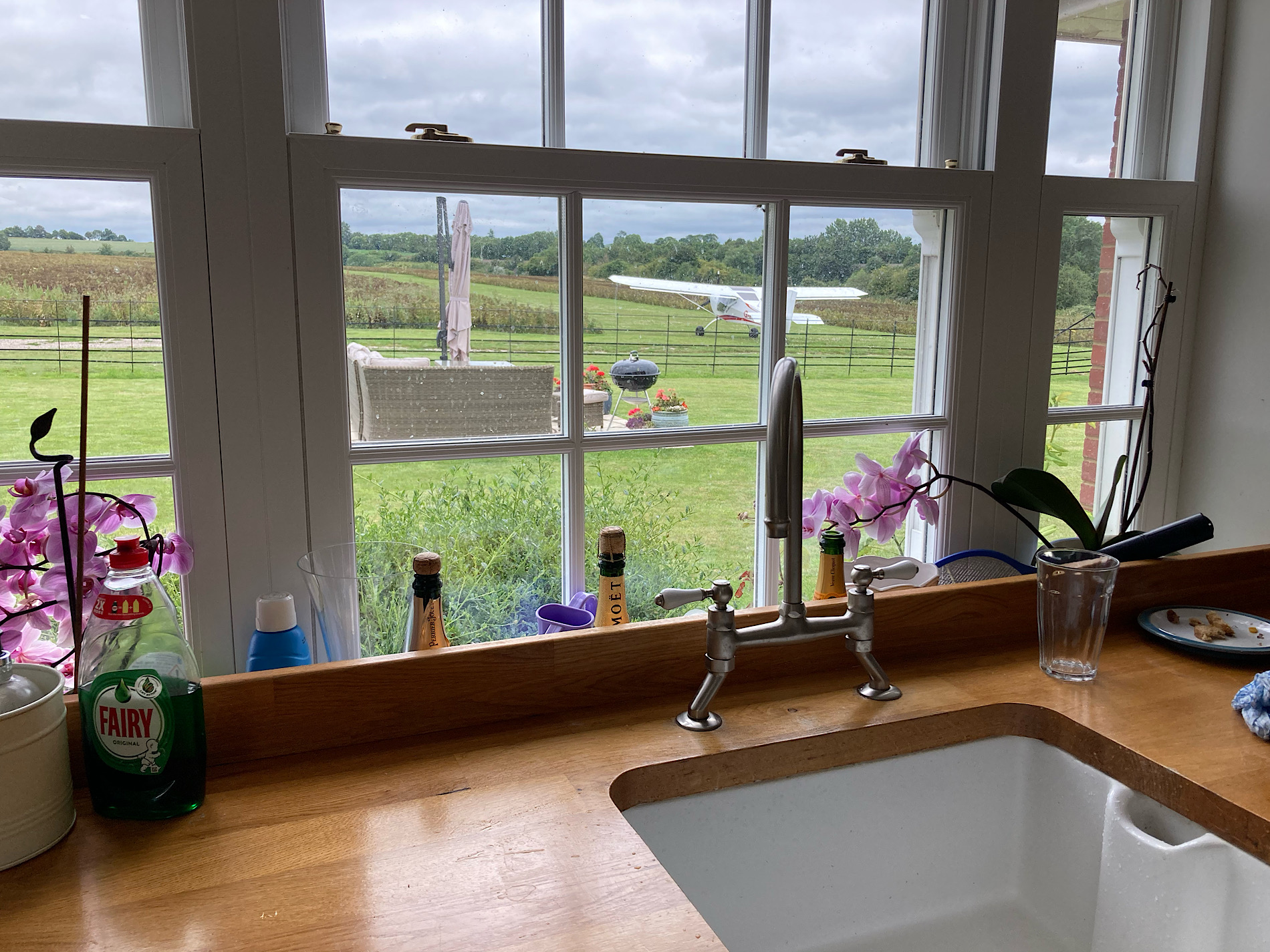 seanxair, Flyin'Dutch', AlanC and 5 others liked this
Never criticise a man until you’ve walked a mile in his loafers

andytk58 wrote:Ah, this reminded me, I do have a rule as such.

I don't fly with my wife anymore, not since our son was born. (This is very easy to accomplish as I have nothing to fly just now

)
Even a slight chance that we both be involved in the same crash is enough not to risk it.
Bizarrely I would take all 3 of us flying as the outcome is different.

Even when on the rare occasion that my wife and I are driving somewhere without the boy, we are conscious of the change of circumstances and have said as much to each other.

Funnily enough, the Covid business prompted Me and Mrs S to re-write our wills, being as we are in the age group for sure-fire extinction if we get it.

We hadn't done a will since 1983, when both kids were under 8 and reading through the old will I was staggered by the lengths we went to to provide for our kids welfare should we have both croaked without them. Friends were to take them in and financial provision made for their up bringing and education and pastoral care.

By contrast our 2020 wills amounted to barely four pages of A4!

By Miscellaneous -  Thu Jul 16, 2020 12:22 pm
Like 1
Thu Jul 16, 2020 12:22 pm #1783842
@Sooty25 I understand your train of thought. In fact having a brother and having flown to Glenforsa with him for lunch a few years back can wholeheartedly identify with the sentiment. What I am less clear about is the rationality. Yours, mine and anyone else who has experienced it, that it is somehow acceptable to expose one's mother to the grief of losing one son, but not two. Or that somehow risking two would be acceptable if there are other siblings.

There's no criticism, no suggestion of a right and/or wrong thing to do. Indeed beyond one's peace of mind I don't think there is such thing as right and wrong is these scenarios. I am just highlighting the complexity and difficulty in assessing and taking risk based on the actual risk posed.

If the day is described as a 'gentle' breeze, it's perfect.
If it's a moderate breeze, I'm cautious
It's it 'fresh', it's a no.

This doesn't negate the need to check the Met Office and do a proper weather check, but it's a good rule of thumb I use to tell me if things are a definite no.
Flyin'Dutch' liked this

With that thought change one day? very possibly.
The quickest way to fall out with people is, discuss politics.