By VRB_20kt -  Wed Jul 15, 2020 5:56 pm
Like
Wed Jul 15, 2020 5:56 pm #1783692
I think I can see what happened. Rog entered the runway to backtrack. The non-radio taildragger followed him . They both turned round and now the taildragger is marginally in front on the runway but well out of Rog's sightline. The taildragger takes off and Rog has the fright of his life when another aircraft pops out of nowhere into his line of vision. I think it's fair to say that that would put the wind up most of us?

VRB_20kt wrote:I think I can see what happened. Rog entered the runway to backtrack. The non-radio taildragger followed him . They both turned round and now the taildragger is marginally in front on the runway but well out of Rog's sightline. The taildragger takes off and Rog has the fright of his life when another aircraft pops out of nowhere into his line of vision. I think it's fair to say that that would put the wind up most of us?

I agree with the assessment of what happened. I consider the term wind up a bit strong. It's what happens at unlicensed grass strips.

I'll stick my neck out and suggest that had there been a collision the report would read that @ROG did not show sufficient due care and attention prior to starting his take off roll. IMO Rog's error of assuming the radio operator had control of runway occupancy and had given access to him and only him, is as equally poor airmanship as the taildragger pilot's.

Incidentally, neither of which I consider worthy of getting wound up over.

Would like to ask if OP had made the common but unnecessary "ready for departure" call at an A/G field.......

By ROG -  Wed Jul 15, 2020 8:08 pm
Like
Wed Jul 15, 2020 8:08 pm #1783721
Hi Paul --i"ve actually, for the record , flown into around 140 strips--79 of which are in lockyers.
I always advise other pilots where I am in the circuit and hope that they keep me informed --particularly at busy fields. At most ,I would say, when leaving, taxiing to 27 when I"ve finished my checks would say"ready to enter" have a good look to check and enter. after leaving the zone say departing your field/zone to the south--thanks for your hospitality. or some pleasantry. I fly around 80 hours a year and try to find new fields to fly to. This last 12 months
was going well till the virus , only managed beverley, elvington (not a strip-great place)..Blooms farm and Eastchurch. I"m hoping to get up to Yorkshire this year but who knows--lots of strips up there!
All the best to our readers
ROG

So far no accidents-- hopefully none in the future.
Expect someone will find something to criticize--anyway let"S hope we can all get back to normal flying.
From the amount of comments on various threads it"s obvious a loy of people are sitting looking at home staring at their computers all day.!!!!!
Why not try to be as safe as possible.

Would like to ask if OP had made the common but unnecessary "ready for departure" call at an A/G field.......

The real clue in the unnecessary call is the abscence of the FISO phrase's "Hold position & Take off at your discretion" as an A/G is not always with a radio, and not required to be able to see the hold or any aircraft, it is in reality nothing more than a traffic call to give other traffic info. Would you expect pilots to wait at a hold while an A/G has lunch or a "comfort" break?

Rob P wrote:Though our new home is far from a grass strip (Three vast tarmac runways - or is that six?) it is run by gliding chaps and has a refreshing air of freedom and personal responsibility after the stultifying atmosphere of our previous base. (rules for rules sake, lots of laminated notices pinned up everywhere, vast online form to fill out before blowing your nose)

The arrival at the new airfield made me laugh as I found a glider and tug parked about one third of the way down the into-wind runway and not looking like they were going anywhere, any time soon. Knowing the decision whether to land over the top of them or choose another bit of tarmac was totally mine and wouldn't result in a snippy e-mail from someone whose knowledge of flying is negligible was truly cheering

Freedom though does bring with it responsibilities, and I fear that in this case the taildragger pilot crossed the line.

The last bit is the important bit, as @Rob P has found most gliding clubs operate busy fields with minimal or no radio. There is high degree of flexibility but it requires pilot judgement e.g. so knowing when it is safe to land over the top and when not, knowing when to land long because you have following traffic etc and operations on the ground knowing what they are doing - e.g.not sending off that Aero-tow when an aircraft is on finals.

Where I learned (at a club in Yorkshire) the Polish ex-WWII Lysander pilot CFI used to say there was only one rule "Don't do anything stupid!" (of course that rule in itself did not prevent people doing stupid things

While it certainly sounds that poor airmanship was demonstrated in the OP's example I don't think everyone talking on the radio is necessarily the right solution. I think there is a danger of over-reliance on the radio in general, and I get concerned, for example, when I read some Airprox reports and you see one pilot's response as boiling down to "he wasn't talking on the radio, so I didn't see him".

Radio is a valuable aid, but airmanship is the key, and I sometimes wonder if less rules, rather than more, actually build better airmanship...... I'd hate to see a situation where every little strip has an ATZ and you are expected to be talking (or as we used to say in Yorkshire "gobbing-on") to someone on the ground for the whole flight

mick w, Rob P, Wide-Body and 2 others liked this

You may think it unnecessary but, even if the call does not elicit a response from the person who is also dealing with the coffee machine, it certainly makes the intentions known to any other circuit traffic of the aircraft near the threshold. Of course there is no need to wait for a reply because it is not ATC. It's nice if you do get some information but certainly not a requirement in order for you to then make known your intentions of taking off.

By Full Metal Jackass -  Fri Jul 17, 2020 9:54 am
Like
Fri Jul 17, 2020 9:54 am #1784061
I recall a similar situation when wanting to depart Dunkeswell; the circuit was extremely busy, I think 5 aircraft including a number of microlights were performing touch and goes plus other traffic was coming in to land; Runway 04 was in use; more than 5 aircraft were waiting in front of me to depart when I arrived at the back of the queue, lining up at the intersection of the second runway which meant a right turn, back track, line up and then depart. Although there was spacing in the circuit, because of the backtracking required, some pilots were waiting longer than necessary before leaving the holding point and taxying to line up - they didn't want to cause a go around to traffic on final hence it was taking around 6 minutes for each departure to occur, where the gap in arrivals was seen to be 'large enough'..

I'd already waited 15 minutes at the holding point, 2 aircraft were still yet to depart in front of me, another 4 or 5 were behind me so I called the aircraft in front of me, a high wing, told him that when he entered the runway, I'd follow him as he backtracked, that I'd stay on the right of the runway, pass him as he did his turn to line up and then wait til he had departed, would then take off behind him. All went well, after I started rolling, I heard another of the aircraft in the line calling another saying 'let's do the same thing...'

Maybe the other aircraft had the same intention but didn't tell anyone, or maybe he saw ROG was going full length and was happy to depart at (eg) ¾ length? Having said that, there are plenty of runway intrusions have happened, even at towered airports....
20.000v in his arms but the bulb inside his head still doesn't light up........

By Boxkite -  Fri Jul 17, 2020 1:49 pm
Like
Fri Jul 17, 2020 1:49 pm #1784144
Re Dunks. It's true, one can wait a while for runway 04. From that position you can see aircraft at the end of their downwind and you wonder if they will be on final before you've taxied to threshold. I often used to ask the aircraft in front if they minded if I taxied behind them and then wait behind and to the side while they take off.
It would be much simpler if they mowed a taxiway to reach the threshold. 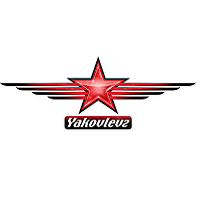 ROG wrote:MISC-exactly. I"m in the left hand seat of a cherokee . --no wing mirrors..
The basic point was that he SHOULD NOT have been on the runway at all. A/G briefed me--as i said in my initial note., and told me to only enter when the runway area was clear, He either didn"t bother to talk to A/G or he ignored it---wrong on both counts.
if I enter a runway I always check left and right. --which I DID ON ENTERING THIS STRIP. I was
at a dead end when I commenced my roll which I advised over the radio.
No point in reiterating the saga--I"M putting it down as another experience --but still wonder why some people cant advise you of their movements and intentions.--just common sense and courtesey.

The only element that raises my hackles is the alleged comment from the A/G operator to 'only enter when the runway was clear'.

As others have pointed out, A/G is an information only service and instructions are verboten, for reasons already alluded to in this thread.